Arsenal have made five signings so far in this window but could still complete the deal of the summer. Bukayo Saka appears to be edging closer to signing a new contract, which would be the best piece of business Mikel Arteta does.

Saka is Arsenal’s most important player. Despite not turning 21 until September, he has already established himself as one of the most reliable members of the squad.

The England star was the only Gunners player to feature in all 38 Premier League matches last season. For a player who is often on the end of some tough tackles from the opposition, that is seriously impressive.

Saka was Arsenal’s leading goalscorer in all competitions last term, netting 12 times with seven assists. Arteta will be hoping that the arrival of Gabriel Jesus will mean they do not have to rely so much on Saka in front of goal.

But the winger is only going better. The Mail claims Arsenal have offered to more than double his £70,000-a-week wages to make him one of the higher earners at the club. 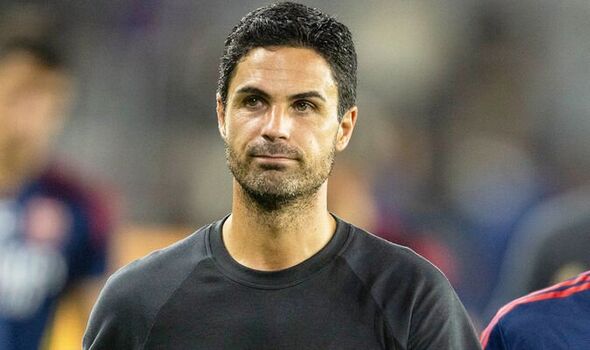 Some may argue it is too much, too young, for Saka. However, he has more than earned a position as one of the best-paid players.

He has already made 97 Premier League appearances, averaging a goal in just over every five matches. For a player who played a lot at left-back and wing-back in the early part of his career, that is quite a return.

He seems to have found a home on the right wing, cutting inside onto his preferred left foot, and his form banished club-record signing Nicolas Pepe out of contention last season. Arteta insisted last week that Saka wants to stay and is hopeful of a resolution soon.

Arteta said: “We will try. We both have the same intention and it’s a matter of time.” 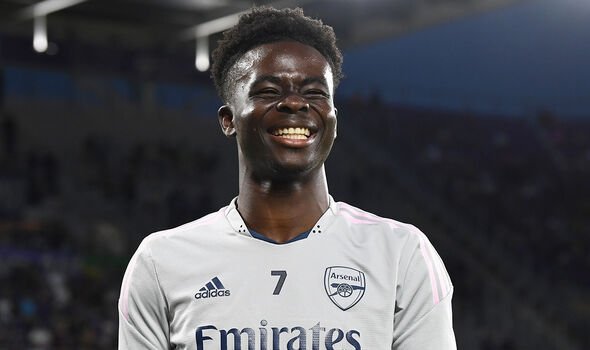 But with less than two years remaining on his current deal, Arsenal fans will continue to worry about Manchester City’s interest in Saka until an official announcement has been made. William Saliba’s contract also expires in 2024.

Speaking on Friday, Arteta admitted he wants to build his team around the duo in the future. He told Sky Sports: “The contract talks are always private and whatever we are discussing with players is something that we cannot [share publicly].

“But obviously we are building a team for the future and those names are really important for us.” Penning Saliba down to a new deal will be good news for Gunners supporters.

But undoubtedly the renewal of Saka’s contract will trump that, and all the signings Arsenal have made so far this summer.