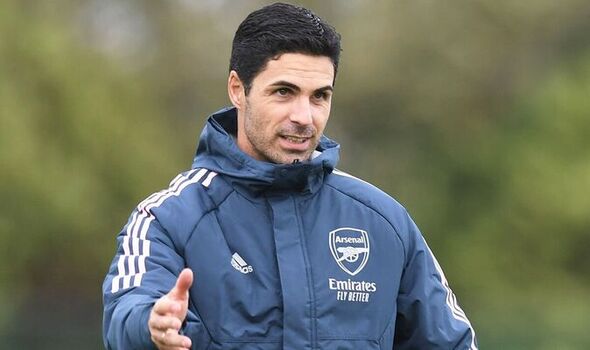 Arsenal held positive talks with Shakhtar Donetsk winger Mykhaylo Mudryk in the summer, according to reports. And the Gunners are still interested in signing the Ukraine star heading into the January transfer window.

Mudryk was one of a number of wingers linked with Arsenal in the summer. Wolves star Pedro Neto was also a reported target for the north London side.

Mudryk has done his chances of a move to a top European club no harm with his form in the Champions League this season. He grabbed three goals and two assists despite Shakhtar finishing third in Group F and dropping down to the Europa League in the process.

Transfer expert Fabrizio Romano says Arsenal were put off by Shakhtar’s asking price of between £40million and £45m in the summer. He claims that the requested price has now risen to between £60m and £65m.

But Arsenal are still interested in signing the player heading into the January window. And they may have a headstart on other clubs having already held positive talks with the player.

Romano said on his YouTube channel: “We know they [Arsenal] wanted a winger. Raphinha was the dream, but it was not possible to proceed.

“They have had very positive contacts on Mudryk on the player’s side, but then they decided not to proceed with Shakhtar because they wanted more than £40m to £45m. Now Shakhtar want more than £60m to £65m but Arsenal are still following the player.

“They consider Mudryk a top talent and so Arsenal are still there but let’s see because now the race is open with many top clubs, but Arsenal will be busy in the next few weeks.”

A top price of £65m is less than what clubs had been quoted for Mudryk last month. Shakhtar’s deputy sporting director Carlo Nicolini claimed the 21-year-old is worth more than Manchester United’s £85m-signing Antony.

Nicolini said: “Together with Kylian Mbappe, Rafa Leao and Vinicius Jr, Mudryk is the strongest player in his role. Is £35m enough to buy him? We don’t speak for these figures, not even for £45m, we don’t even call the president to make the offer.

“We value Mudryk more than United’s Antony – £85m. Floating between Arsenal and Man City? They are two teams that have taken an interest in the player.

“But there are also other clubs that can spend right away. We are not obliged to sell, we do not want to lose phenomena. We don’t want to shoot figures that aren’t realistic.”