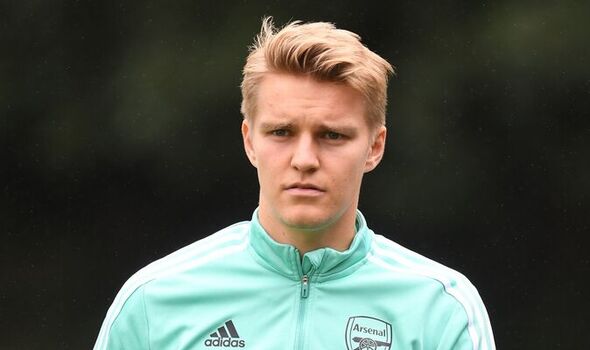 Arsenal can repeat their Martin Odegaard transfer trick by completing a move for Real Madrid playmaker Marco Asensio, according to reports. Gunners boss Mikel Arteta is set to continue making additions to his squad despite the north Londoners being the Premier League’s biggest spenders last summer.

Arteta’s side moved a step closer to qualifying for the Champions league on Tuesday. Their excellent 4-2 win over London rivals Chelsea moved them level on points with rivals Tottenham, who they still need to play in May.

Should Arsenal qualify for the elite European competition for the first time since 2016, Arteta will need to improve his squad in the summer. A striker is a necessity as Alexandre Lacazette and two-goal hero Eddie Nketiah both seem set to leave on free transfers at the end of the season.

But the Spanish coach could also target some midfield reinforcements. Arsenal have been linked with a move for Madrid star Asensio, who could be available when the transfer window opens in July.

According to Sport Mediaset, Arsenal are one of the clubs interested in signing the 26-year-old, but they face competition from AC Milan. The Spain international’s contract expires in 2023 and Los Blancos could be keen to offload him for a fee this summer rather than lose him for nothing a year later.

Arsenal are understood to be able to ‘guarantee’ Asensio’s wage demands. However, he has recently switched management to super-agent Jorge Mendes, who would prefer to take the player to Arsenal’s fierce rivals Spurs, according to Calciomercato.

Asensio has played in 29 La Liga games this season, scoring nine times. However, only 16 of those have been starts.

It means Arsenal could repeat history by signing a player on the fringes of the Real Madrid team. Last summer, they made Martin Odegaard’s loan permanent and the Norwegian has been one of the club’s best players this term.

A £30m deal was struck for the 23-year-old and he has gone on to play 30 times in the Premier League, scoring six goals and registering four assists. Odegaard has also taken over the captaincy during Alexandre Lacazette’s absence.

Asked in February if Odegaard could be considered a ‘bargain’, boss Arteta responded: “I don’t know, it’s still a little too early to say. But we were certainly convinced that a player that could fit in our club, in our model, that he has every value that we want from the players to represent this club and then he has qualities for what we want to do and we are really happy with him.”