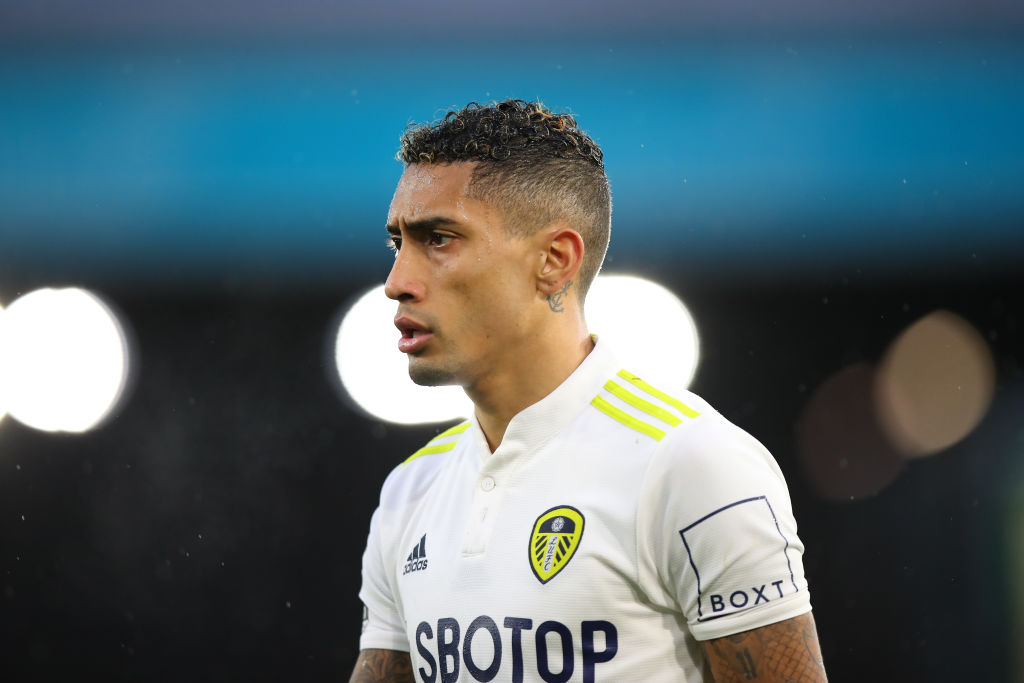 In-demand Leeds United star Raphinha has made his transfer preference clear to his representatives, with the Brazilian prepared to wait ‘as long as it takes’ to sign for Barcelona, according to reports.

The 25-year-old is set to leave Elland Road this summer with a host of clubs queuing up to sign him, with Arsenal and Chelsea both registering their interest after a move to Camp Nou stalled.

Barca still remain very keen to sign Raphinha but are waiting for transfer funds to be released, while their opening €40million (£34m) bid is some way short of Leeds’ valuation.

According to Mundo Deportivo, Barcelona are not too worried about Raphinha potentially being lured elsewhere, with the Brazil international determined to move to Catalunya.

He has made it clear to his agent Deco – who, of course, played for Barca – that his overwhelming preference is to join Xavi’s side this summer and will hold off talking to any other clubs.

Raphinha is so desperate to join the Spanish giants he is even prepared to accept a less lucrative contract, while he is willing to bide his time and wait as long as it takes for Barca to agree a fee with Leeds.

Deco will travel to Barcelona in the coming week to speak with the club’s hierarchy and ascertain how far away a deal is from happening.

Only if a move to Barca collapses will Raphinha then consider other offers, with the winger yet to speak to his agent about the proposals on the table from Premier League sides with his heart very much set on a transfer to Camp Nou.

Leeds, meanwhile, have not set a deadline for Raphinha to leave but have made it clear that they will not wait around forever for Barcelona to make an acceptable offer and do not want to have the transfer hanging over them for the entire summer.

Arsenal are the club most interested in signing Raphinha if a move to Barca does not transpire, while Chelsea are also attentive to his situation.

Thomas Tuchel’s primary target is Ousmane Dembele – who is set to leave Camp Nou when his contract expires at the end of the month – but the Frenchman is demanding a massive salary and a key role in the team, and if he decides against joining Chelsea then the club will step up their pursuit of Raphinha.