Arsenal have received a boost in their pursuit of Rafa Leao after the Portugal forward spoke of his admiration for Mikel Arteta’s side.

The Gunners are one of the sides keeping tabs on the 23-year-old after talks stalled on a contract extension at AC Milan.

Leao, who has just 18 months left on his current deal at the San Siro, opened the door to a Premier League move despite committing his future to the Italian giants. 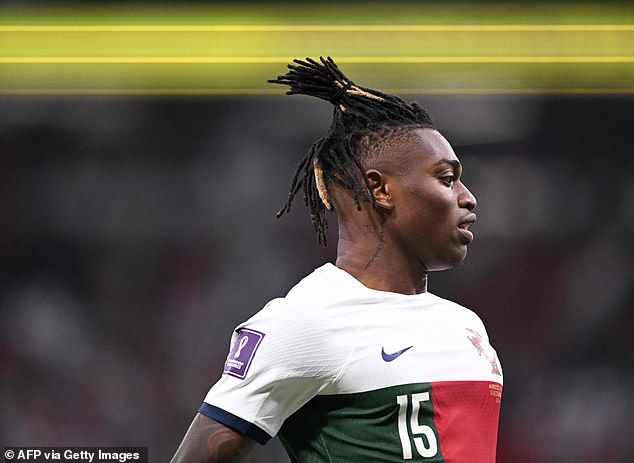 According to Fabrizio Romano, when asked about playing in a new league he told radio station RDP Africa: ‘Yes, in the future… but now I’m 100% focused on AC Milan — it’s a top club and I’m under contract there.’

Arsenal and Chelsea have been linked with Leao and he added: ‘I watch many games. This year, I like Arsenal — they’re playing very well.

Leao has said he will speak to AC Milan about his ‘contract situation’ after returning from the World Cup.

Leao has become one of AC Milan’s most important players – scoring 34 goals in 135 appearances for the Italian giants since joining from Lille in 2018. 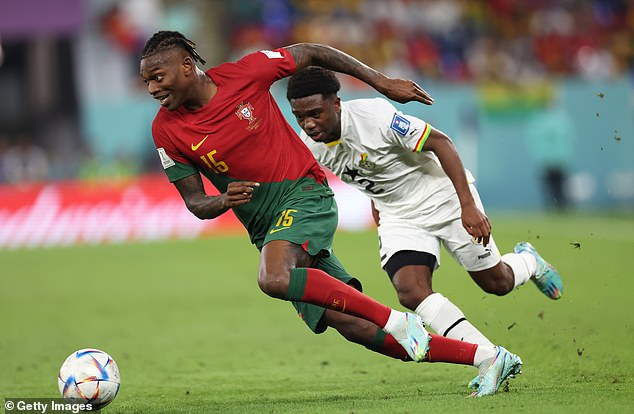 However, AC Milan are at risk of losing their talisman.

The forward is contracted to AC Milan until 2024 but a number of clubs are interested in his services.

Speaking about his future in Italy, Leao told La Gazzetta dello Sport: ‘I will speak to AC Milan [again] about my contract situation once the World Cup is over.

‘We had a positive meeting with [technical director] Paolo Maldini before the World Cup, it was a good one – we’ll enter into details after the break.’ 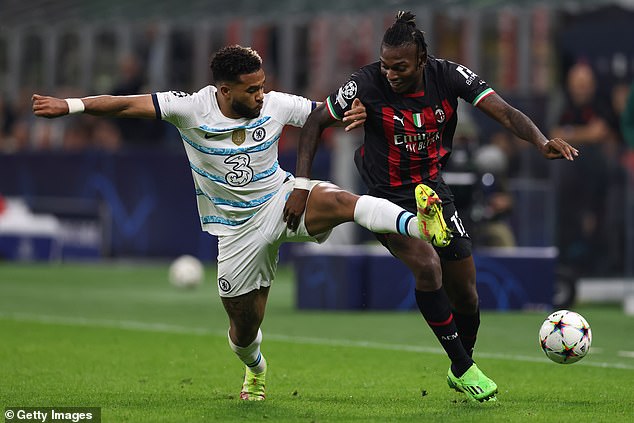 Massara went on to add: ‘We’ll [AC Milan] try to find a solution to proceed with Rafa for long time.’

Leao joined Lille in Ligue 1 from Sporting in 2018 before moving to Italy a year later – joining AC Milan for £32million.

The forward was regarded as exciting prospect but nothing extraordinary at the time of his transfer to AC Milan. 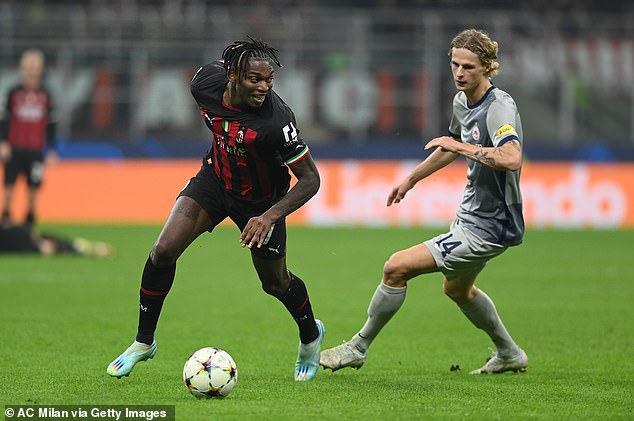 However, Leao has developed at an astonishing rate at the San Siro fast. He has become the club’s most important player and, perhaps, their most valuable asset.

Leao scored 11 times in the league in 34 appearances for AC Milan last season. His contribution helped the club secure their first Scudetto in 11 years.

The 23-year-old has continued to excel this season, scoring six times and recording nine assists across 18 appearances in all competitions.

Chelsea manager Graham Potter himself praised the player this season when the Blues met AC Milan in the group stages of the Champions League.

‘You can see Leao’s quality and skills, it’s obvious. But he is part of a strong team. We have to respect that [he is under contract],’ he said.