‘I hope he’s fine!’: Argentina fans panic about Lionel Messi being injured for World Cup after he hobbled away from challenge in friendly, before talisman shook off knock to relief of entire nation

Fans were given a massive scare as Lionel Messi went to ground after a heavy challenge in their World Cup warm-up match on Wednesday.

Lionel Scaloni’s took on the UAE in their final game before their campaign in Qatar kicks-off next Tuesday and ran out 5-0 winners thanks to Messi, Angel Di Maria, Joaquin Correa and Julian Alvarez.

But it wasn’t plain sailing for Argentina and they were nearly dealt the biggest blow imaginable as Messi hit the deck momentarily in the match. 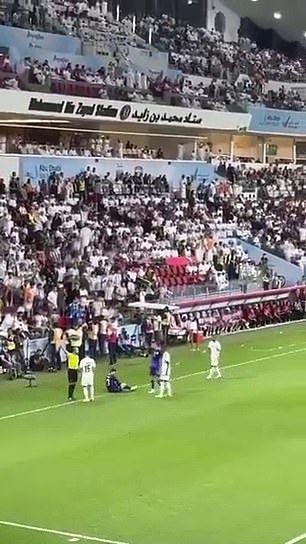 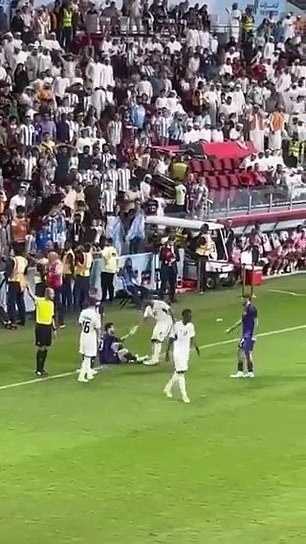 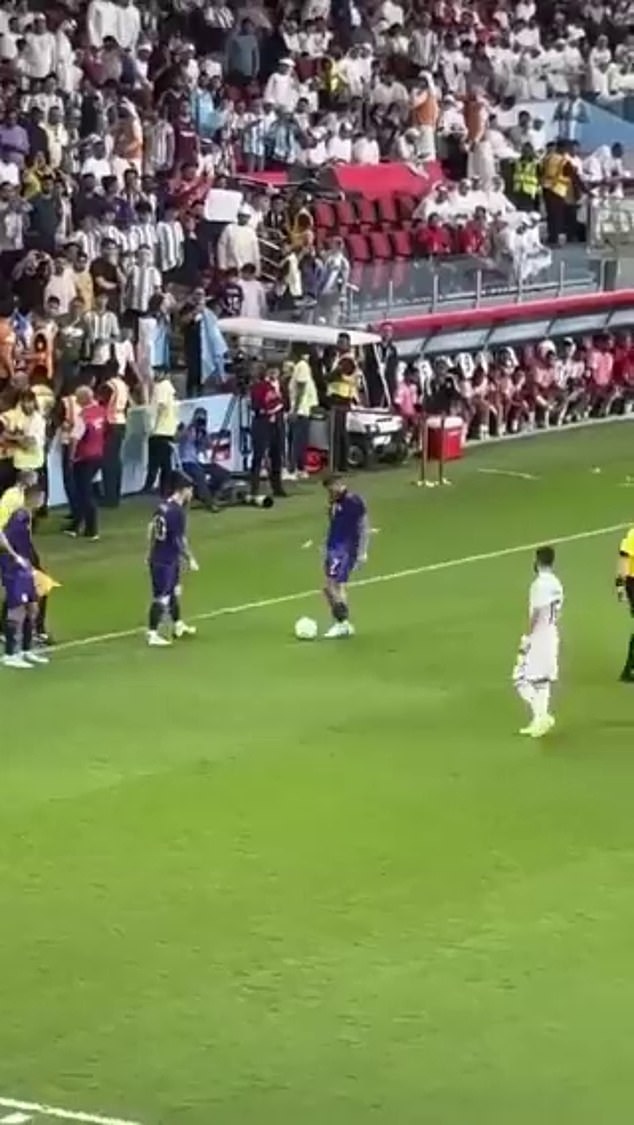 In a video that has gone viral online, the PSG star can be seen contesting for a ball before seemingly having his foot stepped on and immediately hitting the deck.

There was immediate concern from team-mates – and fans in attendance – as the seven-time Ballon d’Or winner went down holding his foot.

Luckily, he was quickly helped to his feet by one of the opposing players, shook the hand of the defender who’d hurt him before resuming with the match.

To put mind’s at ease, Messi played the entire 90 minutes. He also contributed with a well-taken finish in the game. 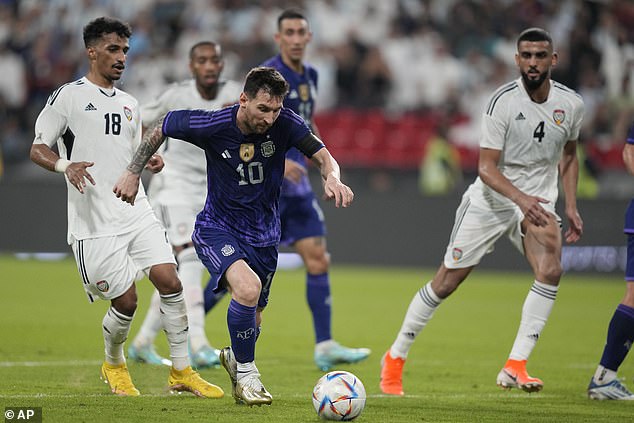 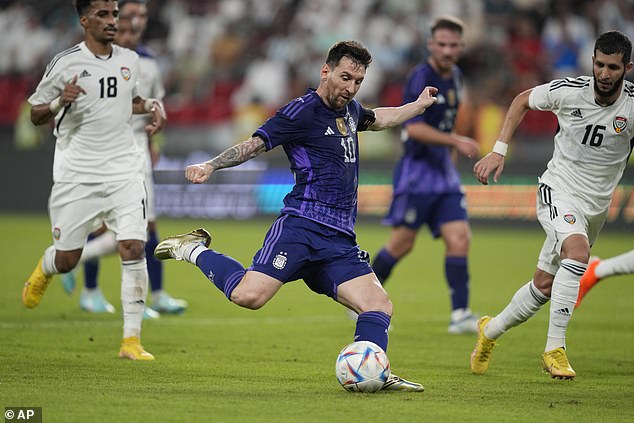 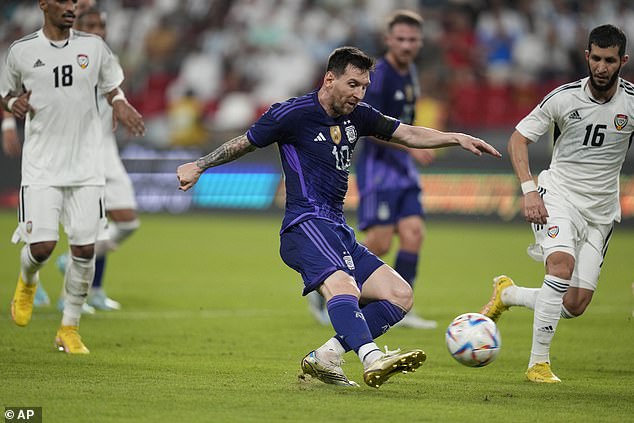 The Argentina No.10 was debuting his new limited edition World Cup boots in the match

However, fans online still worried over their star man and they posted a number of tweets regarding the PSG forward.

‘Please don’t play another World Cup injured’, one wrote with crying emojis posted at the end.

‘I hope he’s fine,’ one bluntly said in response to a video of the incident.

Some even referenced the fact that it would Messi’s final time at the tournament, as they wrote: ‘Considering this could be his last WC I’m not surprised the stadium would be shocked.’

In the 44th minute of the friendly, Argentina put together their best move of the match. Brighton’s Alexis MacAllister neatly backheeled the ball to Messi, before shifting it to Angel Di Maria.

The Juventus winger chopped inside before giving the ball back to the PSG star, and the rest was vintage Messi. He shaped up as if he was going to curl it with his left but, instead, dragged it past the defender.

Will the goal at his mercy, he took one look up before smashing the ball – with his weaker right foot – into the top corner of the net.

It was a muted celebration from the seven-time Ballon d’Or winner, who must’ve gotten used to scoring such incredible goals. 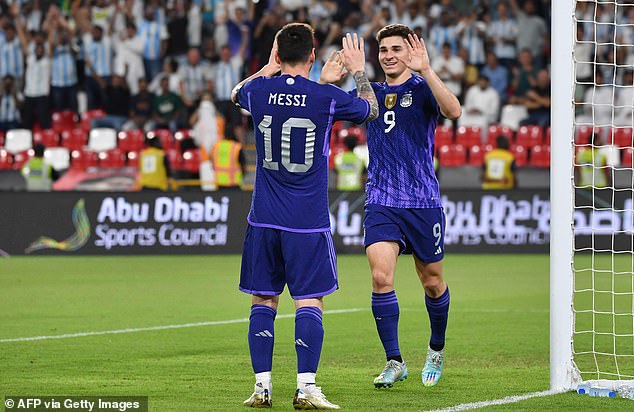