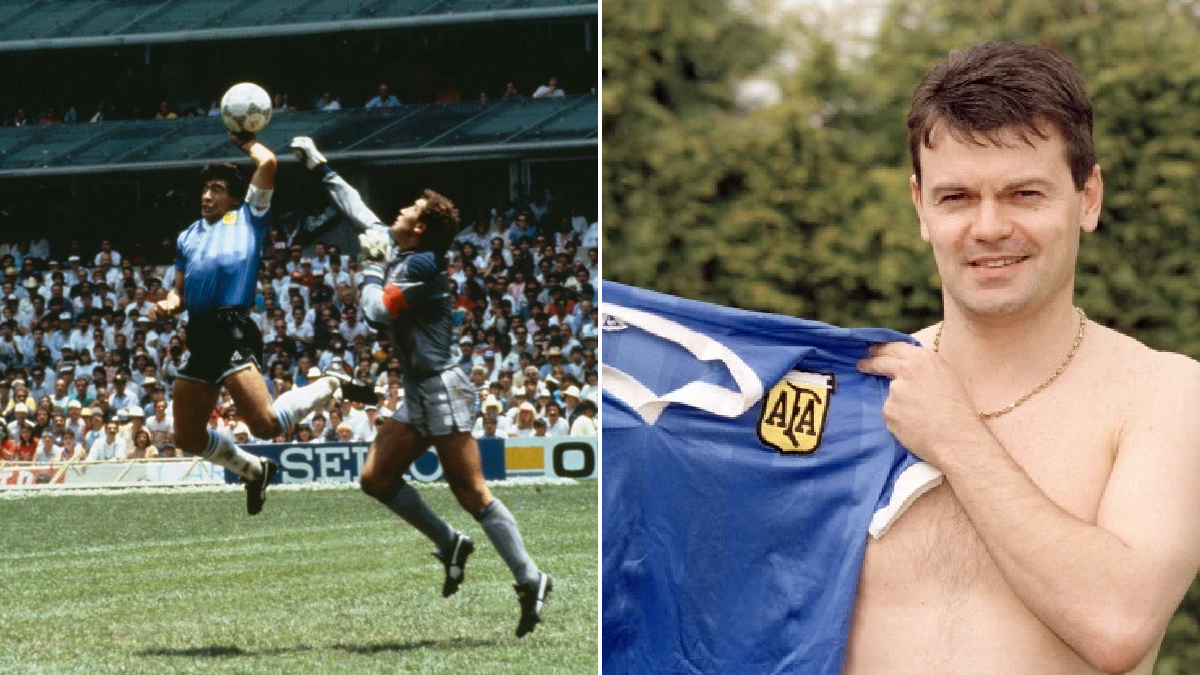 Argentina has begged Ex-England star Steve Hodge to give up a potential £5million windfall and sell them Maradona’s infamous ‘Hand of God’ shirt, rather than put it up for auction.

Former Tottenham and Nottingham Forest midfielder Hodge swapped shirts with the Argentine icon during the infamous World Cup quarter-final played in Mexico back in 1986.

Maradona scored both goals in a controversial 2-1 victory which put his nation on course for a semi-final against Belgium, before they defeated West Germany to secure their second and last World Cup triumph.

Peter Shilton on ‘The Hand of God’

‘What I don’t like is that he never apologised. Never at any stage did he say he had cheated and that he would like to say sorry. Instead, he used his ‘Hand of God’ line.

‘That wasn’t right. It seems he had greatness in him but sadly no sportsmanship.’

Bobby Robson’s side were left, instead, to rue the nature of painful exit which stung all the more given the nature of Maradona’s first goal, branded the ‘Hand of God’ after he outjumped England goalkeeper Peter Shilton and punched the ball into the net without the match officials noticing the offence.

Hodge, now 59, led the protests at the time but still saw fit to exchange shirts with Maradona, who passed away last year, and is now looking to cash in on the most valuable piece of sports memorabilia in history.

An auction is due to close today and an opening bid of £5million is set to land Hodge a fortune, but Argentine Football Association officials have made a desperate late appeal.

‘He is selling something that belongs to Maradona and the AFA without authorisation,’ a member of the group, who are trying to convince Hodge to back out of the auction process, told The Sun.

‘It should be in Argentina in order all Argentines can enjoy it — and not for a millionaire to display it in his closet.’

Hodge, who had loaned the shirt go Manchester’s Football Museum, is facing a potential legal battle regardless of his eventual decision.

Last month Maradona’s family claimed Hodge merely owns the shirt Maradona wore in the first-half and not the one in which he scored the goals which ended the dreams of an England side which boasted the talents of Gary Lineker, John Barnes and Glenn Hoddle.

Sotherbeys, however, have denied those claims and have confirmed that the shift currently up for auction is authentic.