Manchester United’s attempts to land Antony from Ajax have been boosted after it emerged the Glazer family have performed a U-turn on their transfer strategy. According to reports, the American owners are now willing to sanction ‘big-money signings’, which could prove to be the key in pushing through a deal for the Brazilian star.

Erik ten Hag has made it clear he expects new signings to be made before the transfer deadline on August 31 and his top priority is to bring his former prodigy Antony with him to Old Trafford.

And reports in the Netherlands now suggest that the Glazers are now focusing on marquee signings, which will no doubt prove to be a welcome boost for the Dutchman as he targets a final week of spending before the transfer deadline on August 31.

The 22-year-old is valued at around £80m by the Eredivisie giants, who are reluctant to sell having already allowed Sebastien Haller, Lisandro Martinez and Ryan Gravenberch all to depart the Johann Cruijff Arena this summer. But there is an understand that Ajax are willing to cash in for the right price. 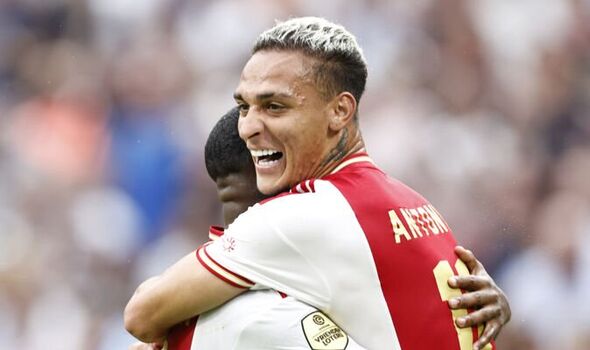 De Telegraaf claim the Glazers are ready to ‘step in’ and provide the funds to get the deal over the line, with Antony ready to force through a move after training on his own last week. There are limits to the club’s spending power, however, and after seeing their £68m (€80m) bid turned down by Ajax, United may be prepared to walk away from the table if Ajax ask for £84.2m (€100m).

Ajax boss Alfred Schreuder is hopeful the winger will remain in Amsterdam but admitted there is some uncertainty due to the financial aspect of the deal: “I want him to stay, I also think he should stay,” Schreuder said, as quoted by Dutch outlet NOS. “We have already sold five or six basic players. Anyway, we know how football works.”

United had lined up Cody Gakpo as a potential alternative to Antony, but it is understood the Red Devils would only make an approach for the PSV Eindhoven winger if they are unable to agree a fee for Antony and will not sign both players. 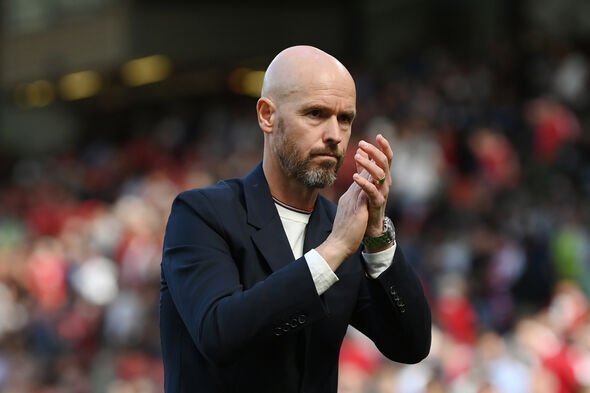 Gakpo scored 21 goals in the Eredivisie last season while Antony hit the back of the net 12 times, making him an attractive proposition to a United team struggling for goals.

But the 23-year-old’s interest in a switch to the Premier League is said to hinge on whether PSV qualify for the Champions League following their play-off second leg against Rangers.

United aren’t prepared to wait around and the fact that the Glazers are seemingly willing to splash out on big-money deals again has handed Ten Hag a boost in trying to land his prime target Antony.

The club could also launch a move for Barcelona’s unwanted right-back Sergino Dest, who worked with Ten Hag at Ajax, while Chelsea forward Christian Pulisic has emerged as a surprise loan option.