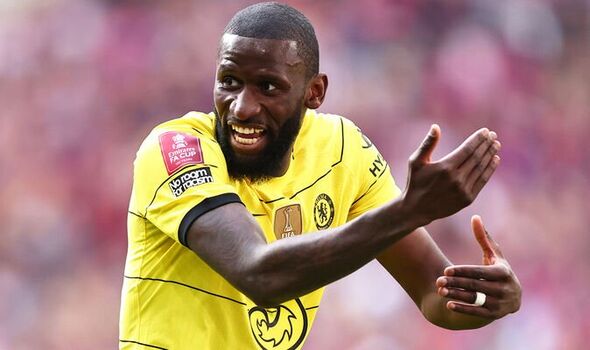 Antonio Rudiger has reportedly ruled out a move to Manchester United this summer. Rudiger is out of contract at Chelsea at the end of this season and could leave on a free transfer.

United are one of a host of top clubs to be linked with the German. However, the Red Devils appear to be an unlikely destination for the 29-year-old.

CBS Sports reporter Ben Jacobs claims Rudiger has decided against moving to United. Jacobs says Rudiger has not decided where he will be playing his football next season.

However, there are three clubs who see him as a ‘big priority’. They are Real Madrid, Paris Saint-Germain and his current club Chelsea.

There is no appeal for Rudiger to join United as he wants to be guaranteed to be playing Champions League football next season. Ralf Rangnick’s side are sixth in the Premier League table, three points behind Tottenham and Arsenal having played a game more.

Erik ten Hag has been announced as Rudiger’s successor at Old Trafford at the end of the season. But Jacobs says that appointment will not change Rudiger’s mind.

Early May is when the centre-back will hope to decide on his future. Rudiger is enjoying life under Thomas Tuchel at Chelsea but is waiting to see who the club’s new owner will be.

Real could be a realistic destination for Rudiger, with Los Blancos managed by Carlo Ancelotti who the player has ‘huge respect’ for. Real are pushing hard to convince Rudiger to move to the Bernabeu.

Reports that Rudiger has ruled out a move to United is a blow to the club’s supporters who were excited by a social media post by intermediary Saif Rubie which was posted on Friday. Rubie helped Rudiger complete his move to Chelsea from Roma in 2017.

Rubie posted a selfie on Instagram on Friday before another post of a picture of legendary former United manager Sir Alex Ferguson. He captioned the second image: “Let’s see if I can help revive this sleeping giant #GloryGlory.”

Many United fans reacted with excitement to the post in the hope Rubie was hinting at a move for Rudiger to their club. Rudiger has almost made 200 appearances for Chelsea in his five seasons at the club.

He has won five major honours with the Blues, including the FIFA Club World Cup and UEFA Super Cup.