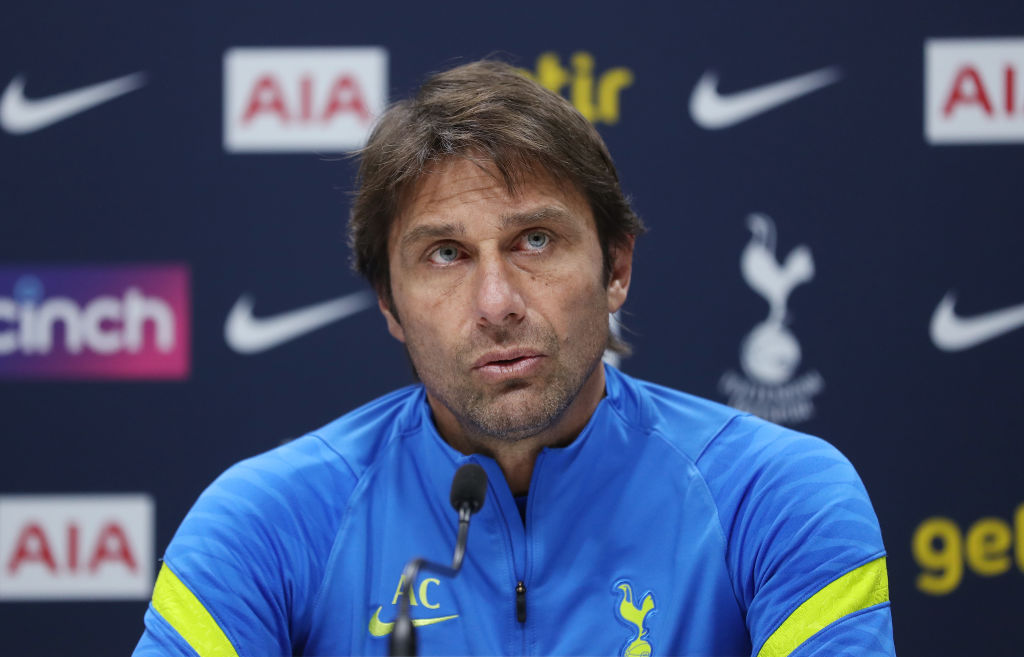 Conte only joined Spurs in November but has already been linked with a move away from north London, with reports in France suggesting he is keen to take over at PSG.

Despite guiding Paris Saint-Germain to a 10th domestic title this season, Mauricio Pochettino looks set to leave the French capital in the coming weeks and has even been linked with a return to Tottenham.

‘Obviously I think that it’s good that other clubs appreciate my work. This is one thing,’ Conte said at his pre-match press conference on Friday.

‘But the truth is that I don’t like when people try to invent news, only to speak, only to create problems. This is not right, not fair for me, for the clubs involved and for my players.

‘Also because we’re really focussed on these five games to get a fantastic result for us. I repeat, this type of situation makes me smile.

‘But I think that also the people that want to tell something about this have to show respect for all the people involved in this situation, and not invent fake news and tell a lot of lies.’

Tottenham are fifth in the Premier League and two points behind Arsenal as they chase a top-four place which would secure Champions League qualification.

Asked if he had spoken to his Tottenham players about the rumours, former Chelsea manager Conte added: ‘In this situation, who works in football – players or managers – know very well that at this point of the season, a lot of fake news starts to go out.

‘We have to live this situation with passion, enthusiasm and joy. I repeat, we deserve to stay there and to fight for a place in the Champions League. A place in Champions League is not easy for no one.

‘To stay there, we need to enjoy this situation. For this reason, I repeat our fans have to stay with us at every moment. Positive and negative moments.

‘We deserve to fight until the end and have a big push from our fans.’

Spurs face Leicester City on Sunday, while top-four rivals Arsenal are in action against West Ham later in the afternoon.