Antonio Conte has insisted that it was a ‘simple’ decision for him to stay at Tottenham this summer after guiding the club back into the Champions League last season.

Spurs ended their 2021-22 campaign in fine form, beating Norwich 5-0 on the final day to secure a top-four finish, but Conte still refused to commit his future to the club in the immediate aftermath of that match.

However, he has now decided to remain in north London, and promised this was just the start of the journey, which is a shift from the language of last season when he issued various veiled threats to leave if the club could not match his ambition, including after his side’s shock defeat against Burnley in February. 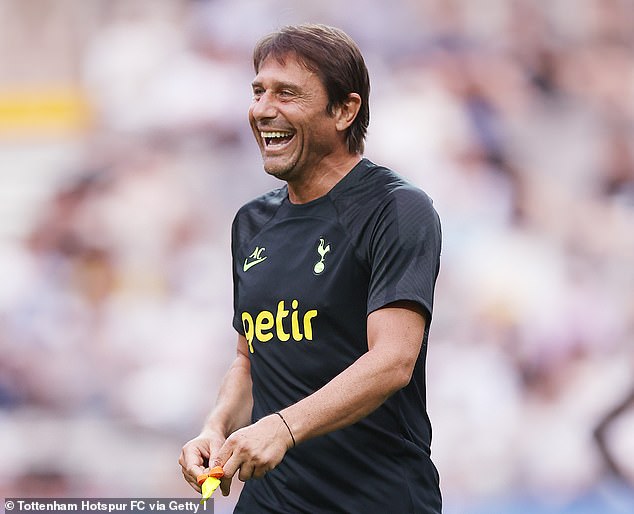 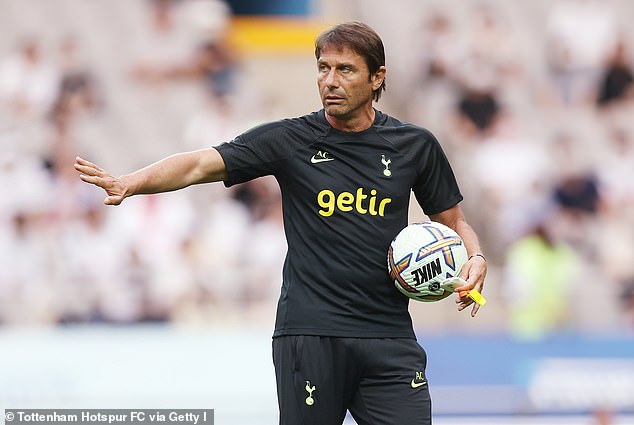 ‘I always said that at the end of the season it was very important for me to speak to the club and the club to make the decision,’ said Conte, ahead of the exhibition game against the K-League all-star team, in Seoul on Wednesday.

‘We need time and patience, but it will be important to be stronger than the past. I have ambition and it is the same for the club.’

Tottenham have moved swiftly to sign Richarlison from Everton, Yves Bissouma from Brighton, Ivan Perisic from Inter Milan, Fraser Forster from Southampton and Clement Lenglet on loan from Barcelona.

They remain in pursuit of Middlesbrough wing-back Djed Spence and possibly another central defender but the next priority will be to sell or loan out some players, including the four senior players omitted from the tour, Harry Winks, Sergio Reguilon, Giovani Lo Celso and Tanguy Ndombele. 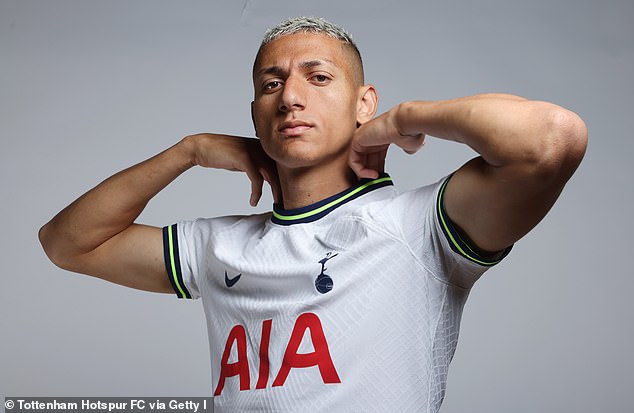 Tottenham have signed five players this summer, including Richarlison from Everton

‘When the ideas are very clear it’s more simple to go into the transfer window and sign the players,’ said Conte. ‘Our plan was very clear about the positions in which we needed to improve. We did it, the club worked very well in this window.

‘For every coach to have players quickly is very important because can work with them and put them in the know. It was good to sign five players quickly. And now we will see. We’re always looking to strengthen the squad if there is the opportunity.

‘We want to improve it numerically because to play in four competitions is difficult. You need a very good squad, numerical and quality. It will be a tough, demanding season for us but we want to enjoy this season to play four competitions and try to be competitive. We’ll see what happens. In the next two months if there’s a possibility to strengthen the squad we’ll do it.’

Conte hopes his new-look squad will enable Spurs to compete on four fronts, but is still pleading for patience from supporters. 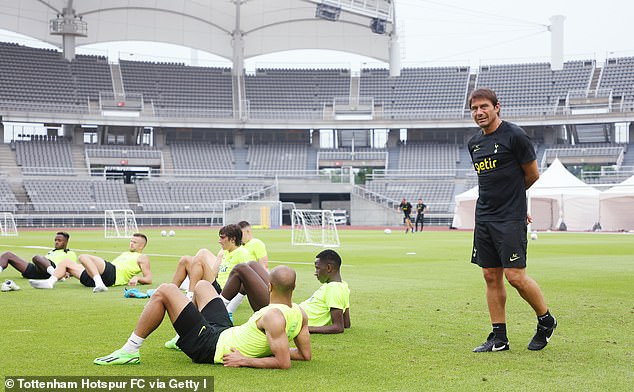 ‘I said since I arrived that we needed time and patience to build something important for this club,’ he said. ‘Last season was really important to finish in the top four because it means you can accelerate this process.

‘I know to win is very difficult. We have just started this process but at the same time, it is very important to have ambition. We will see. We are working very well to improve our idea of football in the past and add something more.

‘I have good group. We added players with qualities and the right characteristics. Our ambition to be competitive and try to fight for everything.’