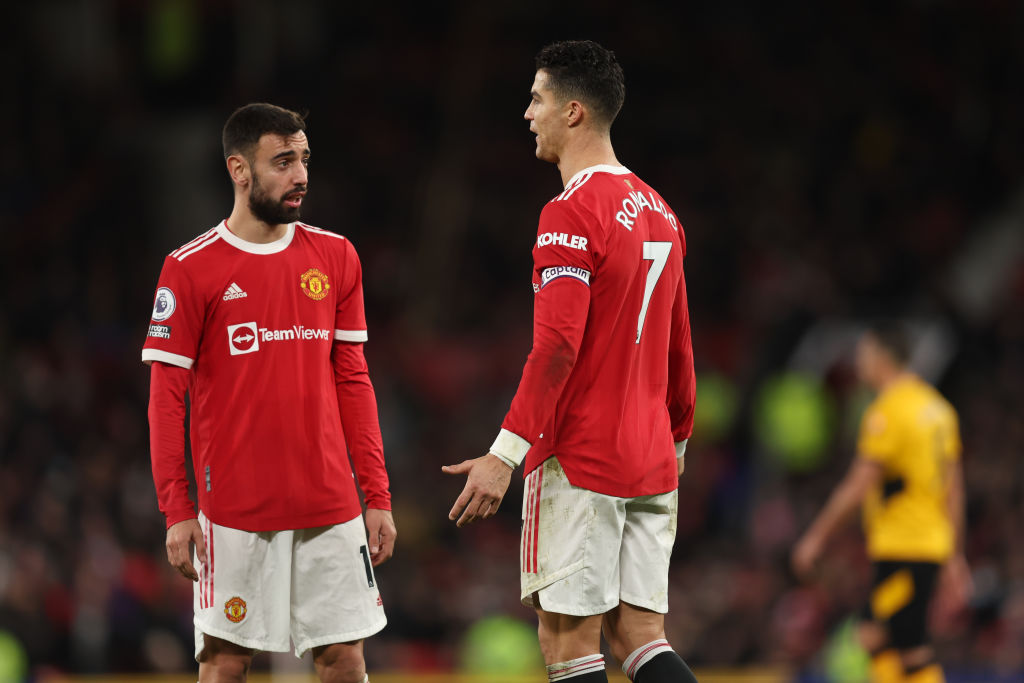 Bruno Fernandes has not been the same player since Cristiano Ronaldo’s return to Manchester United.

That’s according to United legend Andy Cole, who feels Fernandes has lost his sparkle since Ronaldo became the main man again following his transfer from Juventus.

Fernandes was left on the bench from the start in United’s 1-0 defeat to Wolves on Monday, having been expected to be restored to the side following his one-match suspension.

The midfielder missed a gilt-edged chance with the score at 0-0 against Wolves, hitting the crossbar from close range.

‘He has to score, as simple as that,’ said Cole.

‘He gets into a great position and that’s a tap-in for him.

‘It’s been funny at the moment. Ronaldo’s come back and it’s like [Bruno’s] whole game has changed.

‘I looked at him this season, since Ronaldo’s come back and he hasn’t been the same player he was last season.

‘And you look at that and think – why?

‘He has the quality, he shouldn’t worry about whether Ronaldo’s in the team because they’re both quality players who want the same thing.

‘But his form has changed since Ronaldo has come back.’