West Ham have confirmed four first-team players will leave the London Stadium this summer following the expiry of their contracts.

Along with retiring midfielder Mark Noble and goalkeeper David Martin, winger Andriy Yarmolenko and right back Ryan Fredericks will also depart on free transfers on June 30.

Yarmolenko joined West Ham from Borussia Dortmund in 2018 and has made 86 appearances, scoring 13 goals, in his four years at the club. 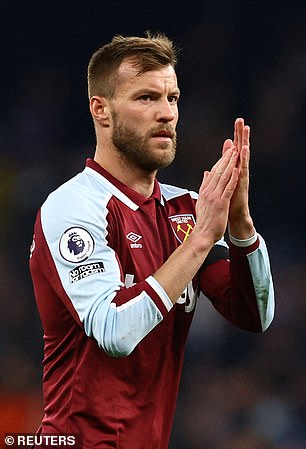 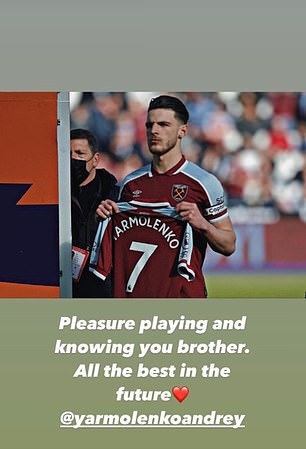 Andriy Yarmolenko (left) is one of four first team players being released by West Ham this summer, with midfielder Declan Rice (right) paying tribute to the winger on Instagram

The experienced Ukraine international has been linked with a move to newly-promoted Fulham.

Right back Fredericks is already the subject of significant interest from across the Premier League.

A number of teams are keen to snap up the reliable top-flight performer, including his former club Fulham and Southampton.

The speedy defender, who began his career at Tottenham, returned to the Premier League when he joined West Ham and has made 77 appearances, helping the club reach this season’s Europa League semi-finals. 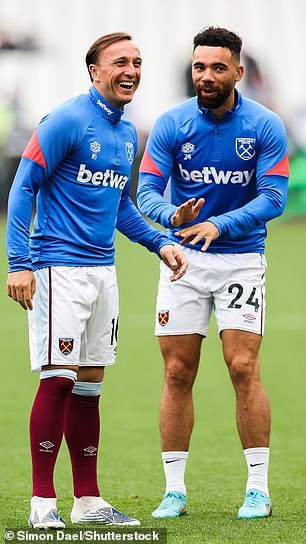 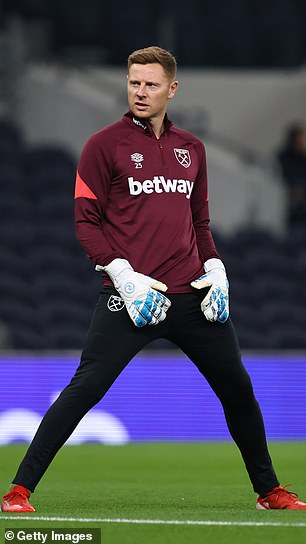 Mark Noble and Ryan Fredericks (left) will leave, with Noble retiring after 18 seasons, while goalkeeper David Martin (right) is heading out of the London Stadium after his deal expires

Club legend Noble retires after 18 seasons as a player, where he went on to make 550 appearances.

The 35-year-old scored 62 goals and added 61 assists, as well as win two Hammer of the Year awards.

His final season, which ended in emotional scenes during his final home game at the London Stadium, was capped off with a run to the semi-finals of the Europa League. He has also led the side in two Play-Off finals.

‘West Ham United would like to thank all those players departing for their hard work and commitment during their careers in Claret and Blue and wish them the very best for their future careers,’ a statement concluded.