Ex-Liverpool and Real Madrid star Xabi Alonso proved that ‘class is permanent’, according to fans, after his sensational first-touch from Tuesday night went viral.

The Bayer Leverkusen boss stood on the touchline as his side battled it out with Club Brugge in their final Champions League group match.

And cameras caught the moment when the Spaniard produced a sublime touch to plant the ball into the arms of Brugge’s Tajon Buchanan midway through the game – which left fans in awe on social media. 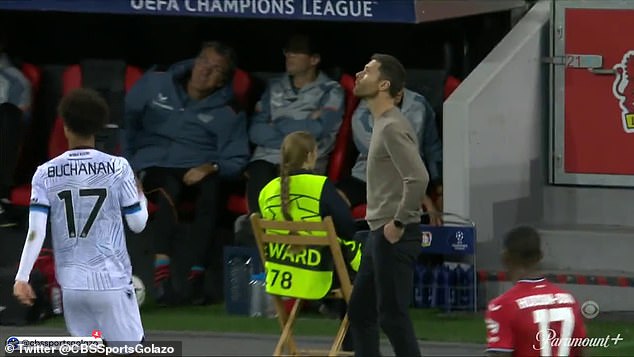 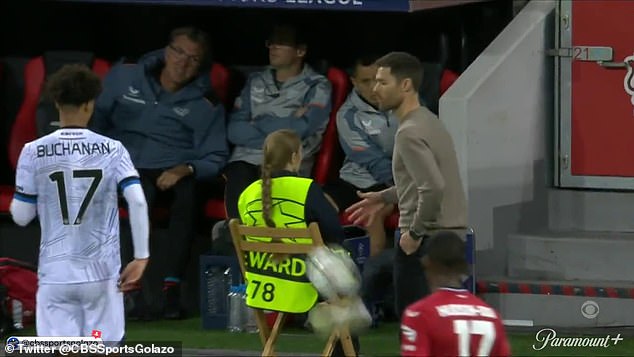 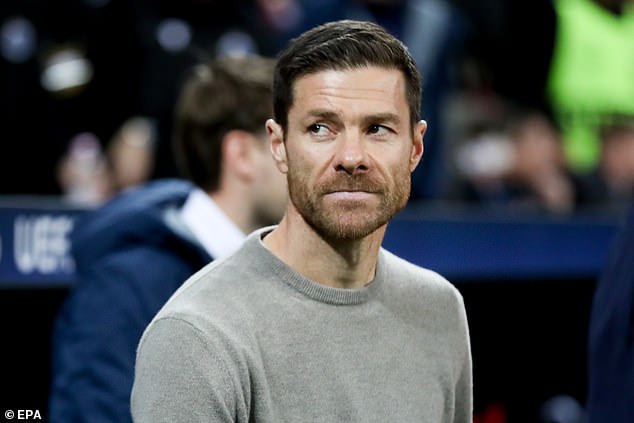 During the game at the BayArena, Alonso can be seen standing on the touch-line, looking up, as he judges the flight of the incoming ball.

In one quick movement, he produced a deft first-time touch to perfectly lay the ball into Buchanan’s grasp.

CBS pundits Jamie Carragher and Micah Richards marveled at the clip as the former Liverpool defender labelled him: ‘The pass master!’

Richards similarly was impressed as he said: ‘Look at how cool he is!’

Fans online were quick to comment on the spectacular touch, with one writing ‘class is permanent’ in response to the video.

‘Xabi has still got it. Touch of class,’ another wrote, suggesting Alonso hasn’t lost any of his football ability since retiring in 2017.

One fan even referenced the Spaniard’s 2009 move to Real Madrid. ‘I truly cried the day he left Liverpool,’ they wrote.

‘Ooooof this touch from Alonso,’ another said, before adding a heart-eyed emoji. 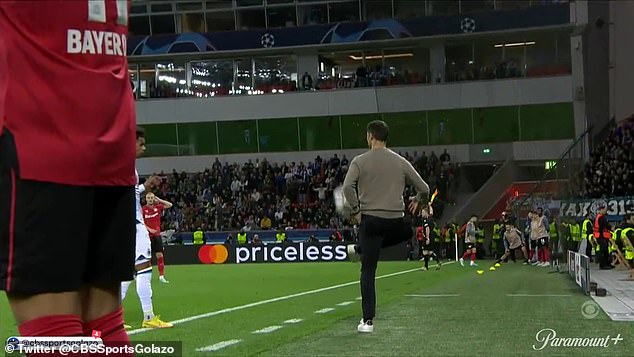 It was only Alonso’s seventh game in charge of the Bundesliga side and their fate in the Champions League had already been sealed.

All that was on the line was a spot in the Europa League which they managed to secure after Atletico Madrid’s shock loss to Porto earlier in the night.

The Spaniard started his managerial career at Leverkusen in sensational fashion as his side thrashed Schalke 4-0.

However, they’ve failed to win a single game after that and have conceded a minimum of two goals in all their games – aside from last night’s draw. 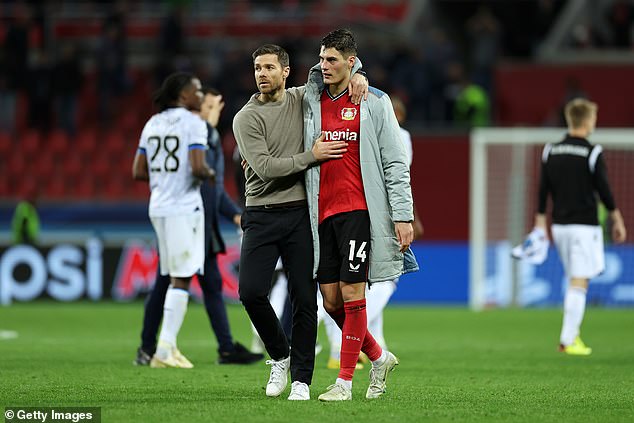 Having forged a career at Real Sociedad, he spent five seasons with Liverpool – where he played alongside Carragher.

He then joined Real Madrid for six years – his longest stint at a club – before ending up at Bundesliga giants Bayern Munich.

He announced his retirement in 2019 and was quickly appointed manager of Real Sociedad B, which was his first role in the dugout.