‘Something has gone wrong’: Xabi Alonso delivers brutally honest assessment on LaLiga clubs in Europe after Barcelona and Atletico Madrid’s Champions League exits… with Real Madrid the only Spanish side through to the knockout stages

Former Real Madrid midfielder Xabi Alonso has admitted ‘something has gone wrong’ for LaLiga clubs in Europe this year after Barcelona and Atletico Madrid were eliminated from the Champions League on Wednesday.

Barcelona slumped to a 3-0 defeat against Bayern Munich at the Nou Camp, meaning they will drop into the Europa League, while Atletico could still finish bottom of their group and miss out on Europe altogether in the new year after they were held to a 2-2 draw by Alonso’s Bayer Leverkusen.

Sevilla have also been knocked out of their group, meaning Real Madrid are the only Spanish side to have qualified for the knockout stages of the Champions League. Alonso believes LaLiga’s struggles in Europe are concerning. 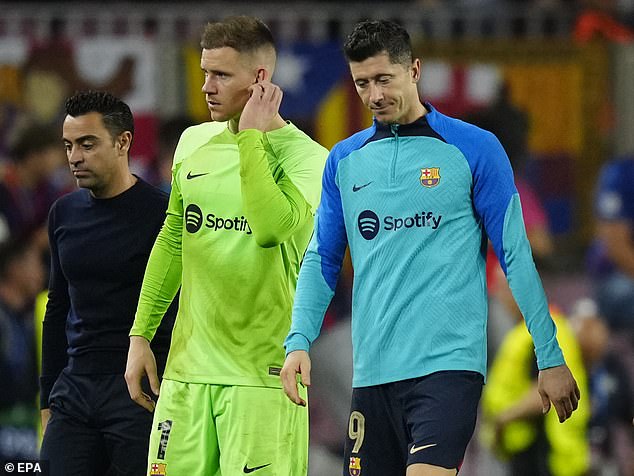 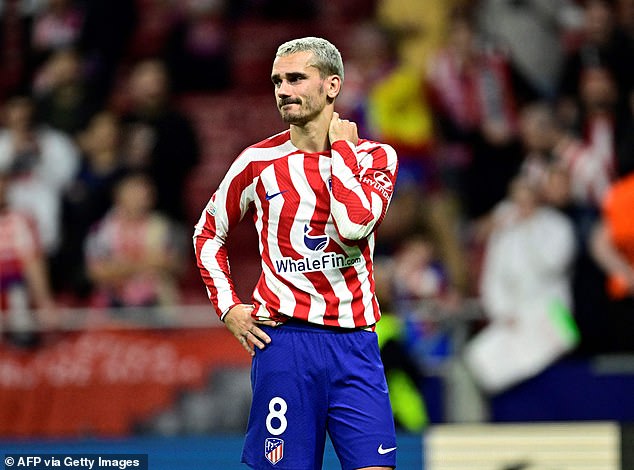 ‘That only one of four LaLiga teams have qualified means something has gone wrong,’ Alonso said after watching Atletico go out.

Alonso won the Champions League twice during his career, at Liverpool in 2005 and then with Real Madrid nine years later.

The latter triumph kick-started a dominant period for Spanish football, with Real Madrid winning the competition four times in five years, and Barcelona emerging victorious in the other. 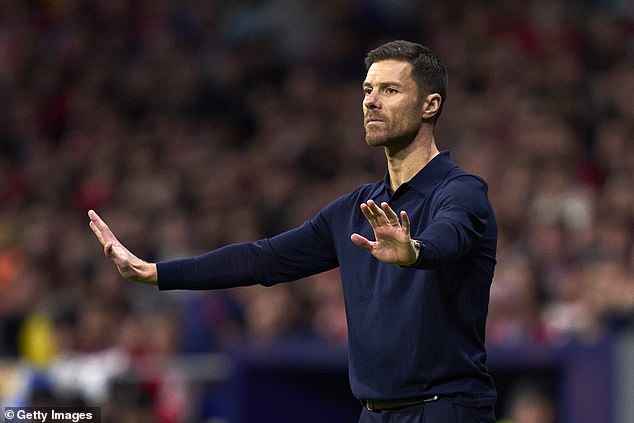 There were two all-English finals in those campaigns, indicating that there had been a shift in power across Europe.

Real Madrid stopped the rot last season, producing a remarkable run to get past PSG, Chelsea, Manchester City and Liverpool on their way to their 14th European Cup.

Yet the fortunes of their domestic rivals in this season’s competition suggests it is becoming more and more difficult for Spanish teams to compete with Europe’s elite.

Real Madrid are now the sole survivor from LaLiga in the Champions League, and even they slipped up against RB Leipzig on Tuesday, leaving themselves with more work to do on the final matchday to secure top spot in their group.