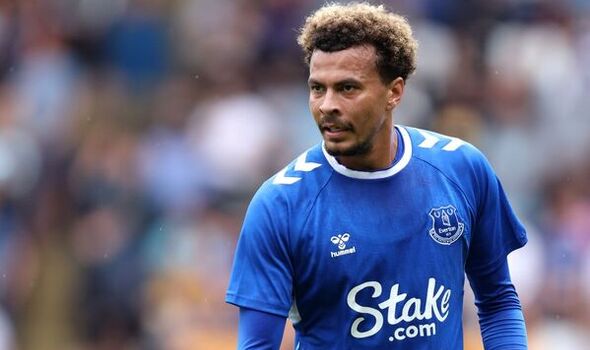 The midfielder appeared 11 times for Frank Lampard’s side last season after his January switch from Tottenham, but made only one start.

Alli, right, said: “The manager doesn’t need to say too much, we all know of the quality in the side. To achieve, we need to be fighting for places. No one’s place is guaranteed.”

After falling out of favour with successive Spurs bosses, Jose Mourinho and Antonio Conte, the 26-year-old has seen his stock fall, but he won 37 England caps between 2015 and 2019 – making five appearances at the 2018 World Cup finals and scoring in the 2-0 quarter-final defeat of Sweden.

On Sunday, Alli finally recorded his first Everton goal, as he bagged a second-half double in the friendly against Blackpool.

That 4-2 win was a timely boost for the Toffees after suffering back-to-back losses on tour in the USA, including a humiliating 4-0 defeat by Minnesota United.

Alli added: “I was kicking myself after missing an opportunity against Minnesota, so Blackpool was a chance to put that right. But it’s not about individual moments. We’re building as a team.This was a step in the right direction.”