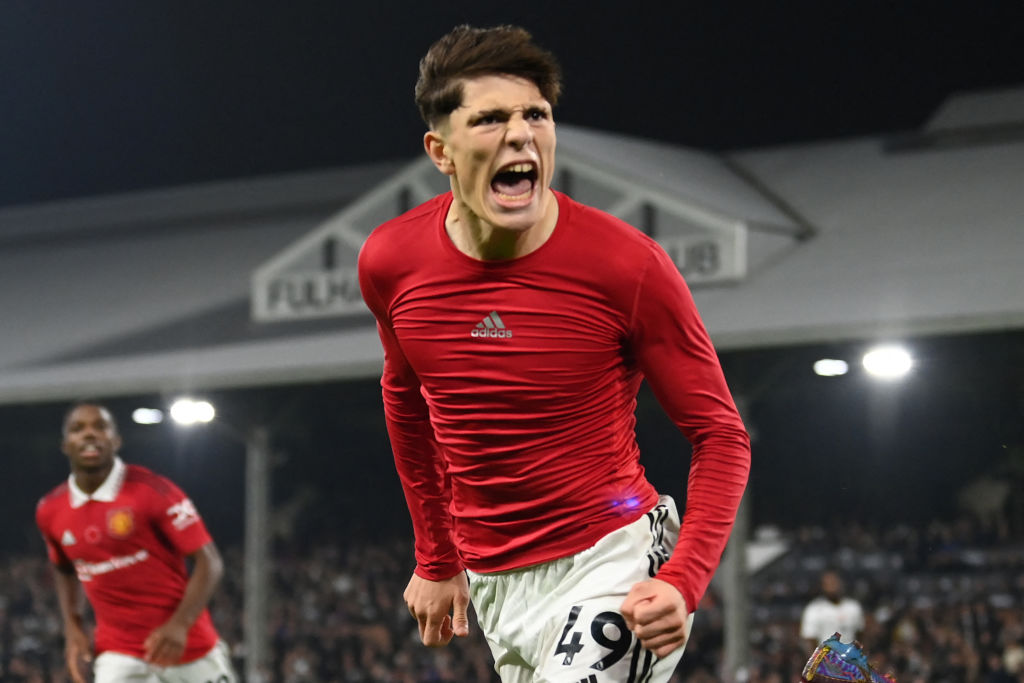 Alejandro Garnacho has decided to stay at Manchester United and is close to signing a new deal to remain at Old Trafford.

The teenager has alerted Real Madrid and Juventus with his performances since breaking into United’s first team.

Garnacho has scored twice and provided four assists in 15 appearances, six of which have been starts.

However, the Telegraph claim his deal runs until 2025 and Garnacho wants to remain at United beyond that.

The report claims Garnacho is close to signing a new deal that will increase his salary well beyond his current £5,000-a-week deal.

United are wary of giving too much, too soon to Garnacho having been scarred by their dealing with Adnan Januzaj.

The Belgian enjoyed a rapid rise to fame in 2013 when he broke into United’s first team under David Moyes and United handed him a new deal just two months later after interest from Paris Saint-Germain.

But Januzaj’s hunger depreciated and he was sold four years later for just £9m.