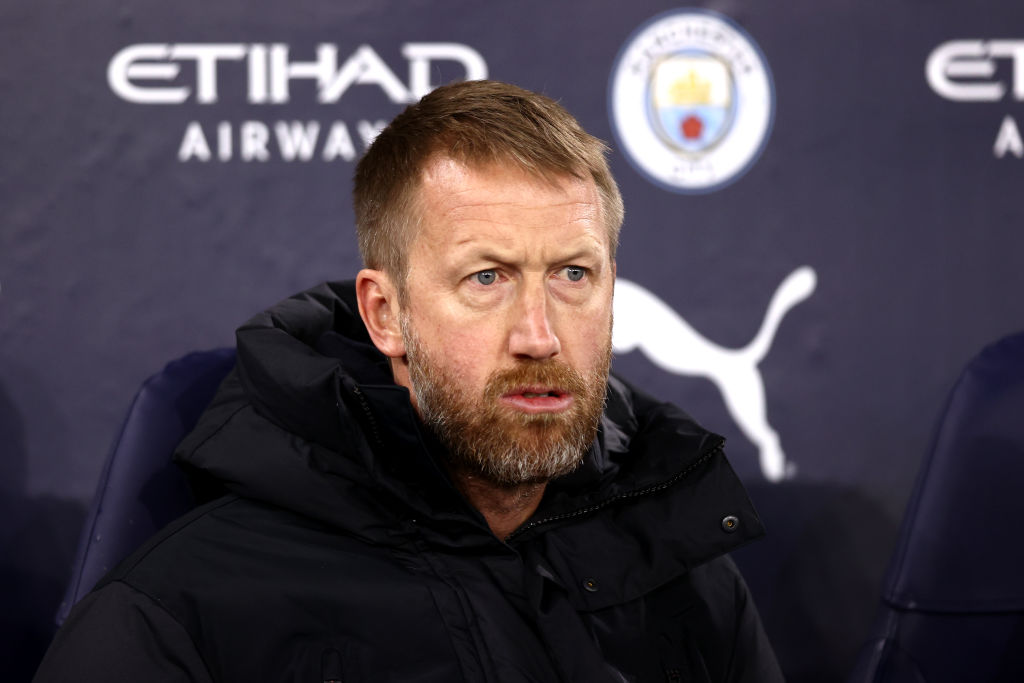 Alan Shearer blasted Chelsea for their ‘unacceptable’ and ’embarrassing’ first half performance against Manchester City.

Graham Potter’s side were beaten 1-0 by City in a Premier League fixture on Thursday but they showed enough spirit to convince supporters that the team could get a result at the Etihad.

However, any chances of an ‘upset’ were over by half-time following a three-goal blitz from Pep Guardiola’s side.

The first came from a sublime free-kick via Riyad Mahrez and Julian Alvarez doubled the home side’s lead when he converted from the penalty spot following a Kai Havertz handball.

Phil Foden added a third just before the interval when he finished off a wonderful team move from close-range.

City barely had to get out of first gear and had in truth started the match in rather sloppy fashion.

Chelsea have won just one of their last nine matches in all competitions and Shearer tore into the Blues for their ’embarrassing’ display at the Etihad.

‘They’ve been fantastic Manchester City from the very start of that first half until half-time. They’ve dominated all over the pitch and been sensational but from a Chelsea point of view, it’s not acceptable that sort of performance,’ Shearer told the BBC.

‘I said beforehand they need energy, character, all of those things. I don’t care how many injuries you’ve got in the team, you can still go out and put a shift in. They haven’t. It’s embarrassing from their point of view.

On Foden’s goal, Shearer criticised Potter’s side for their lack of effort.

‘As good a goal that is from City’s point of view, from Chelsea’s that is nowhere near good enough. There’s no energy, no tackles, nothing. You’ve got to get closer.

‘It’s got to come from the manager. Just have a look at their body language out there. It’s as if ‘I don’t really want to be here’. They’re feeling sorry for themselves, “We’ve got players out injured, i’m not sure I want to be out on the pitch”.

‘It’s not acceptable and it’s not good enough, nowhere near good enough for Chelsea.’