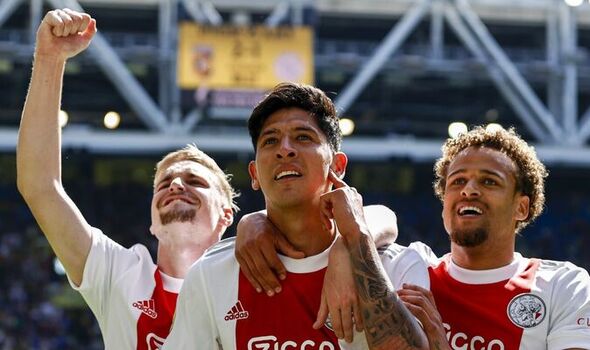 Ajax would be ready to sell Edson Alvarez to Manchester United this summer, if the Red Devils were prepared to move for the Mexican international, reports claim. It’s understood Erik ten Hag is a big fan of the defensive midfielder, who is also capable of playing at centre-back.

United remain keen on landing winger Antony after club officials reportedly arrived in Amsterdam to begin work on a deal.

Yet Ajax’s message is clear – they will only sell if an irresistible offer lands on the table.

As it stands, United are prepared to pay £40million for the Brazilian but Ajax value him closer to £60m.

Still, they believe he’s worth up to €70m (£69) but there’s an understanding an offer that high is unlikely. 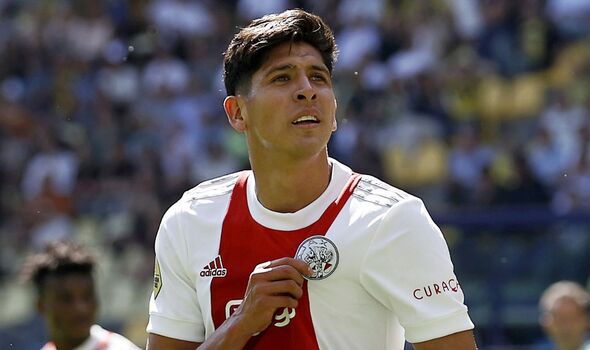 Yet according to De Telegraaf, Ajax are not interested in selling the 22-year-old and instead, would only be prepared to offload Alvarez in addition to Sebastien Haller.

For that reason, he could be a possible option with Ajax willing to explore a sale at the right price.

Alvarez could seemingly be up for grabs for around £25m, which represents a potential bargain.

United do want to bring in two central midfielders this summer but they are currently tied up in negotiations with Barcelona for Frenkie de Jong.

The Netherlands international has been the subject of an opening offer from United but it was rebuffed by the Catalan giants.

Ten Hag is yet to make any progress on new signings since arriving at Old Trafford.

He has left the club to take care of business while he recharged his batteries on holiday in Ibiza with his family.

Football director John Murtough has been handling negotiations in the background but there’s a sense United won’t go all out for other targets until De Jong is over the line.

There is quiet confidence he will become a United player by the end of the transfer window.

Ajax’s position on who they want to sell also impacts Arsenal and their pursuit of Lisandro Martinez.

Mikel Arteta has already bid £25m for the centre-back but Ajax are not ready to part company with the Argentine.