Richard Wigglesworth wasn’t sure he should accept the onerous task of filling the Steve Borthwick void at Leicester. He wasn’t sure he was ready, but he will give it a ‘proper good crack’.

Just as Borthwick has pledged to tackle the England head coach role with honesty and dedication, it is much the same message from the former Red Rose scrum-half who has taken charge of the Tigers on an interim basis. At 39, Wigglesworth abruptly ended his decorated playing career with a cameo off the bench in the home win over French giants Clermont Auvergne last weekend, before Leicester officially confirmed his promotion.

All the best-laid succession plans were accelerated when the RFU sacked Eddie Jones and asked the East Midlands club if they could take away Borthwick and Kevin Sinfield much earlier than expected, in mid-season. Suddenly, Wigglesworth was presented with an opportunity and a conundrum. 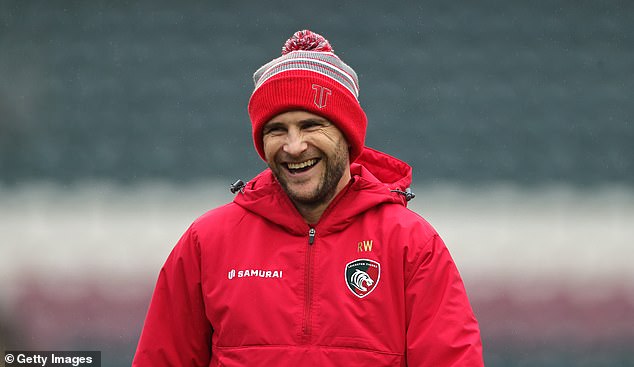 ‘There were obviously rumblings for a while so we all expected the Steve thing to get done,’ he said. ‘As soon as Eddie had gone, he was the man they wanted so that was always going to happen. I think the club were planning for Steve to go post-World Cup or in June, because they’ve been pro-active with speaking to people around that. I was one of them. So I knew that they saw something in me.

‘But in terms of the timeline, it was probably last Friday when I knew and I said yes. Did I think about saying no? Absolutely. I was still playing – and I was thinking, “Am I good enough for the lads? Am I going to serve them right?”. But on Friday afternoon, I made my decision. I’m really confident about the players, the staff and the support that would allow me to give it a proper good crack.’

Asked if he felt prepared, Wigglesworth was admirably candid in his response. ‘No-one was prepared for this,’ he said. ‘It’s never happened before. I don’t think me or anyone else would have imagined what has happened in the last few days. If I wasn’t a bit daunted by it, I would probably have a massive ego, which wouldn’t serve me very well in this job. I’m very excited for the challenge. I intend to throw myself into it, and do the absolute best for the lads. 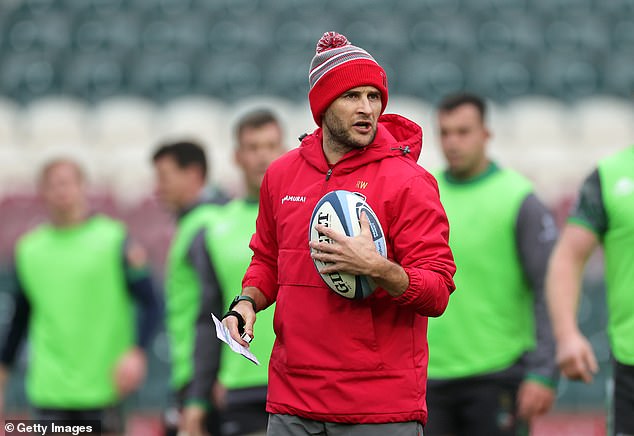 ‘Have I put hours into becoming a good coach? Yep. Has every other coach? Yep. Am I a lot greener than a lot (of coaches)? Yep, but I’ll make up for that.’

Wigglesworth revealed that he had to hurriedly arrange for his parents, wife and children to be at Welford Road last Saturday, to witness what turned out to be his last playing appearance. He admitted to being a ‘wreck’, given what was going on behind the scenes. There is a faint chance he will don the boots again if it is an emergency – especially if Borthwick summons both Ben Youngs and Jack van Poortvliet for England duty in the Six Nations – but that scenario is unlikely.

Having been handed control, Wigglesworth expects to retain it at least until the end of this season. He is well aware of the prestige of being head coach at the ‘biggest club in the country’, but has no idea whether he is auditioning with a realistic chance of keeping the job long-term. 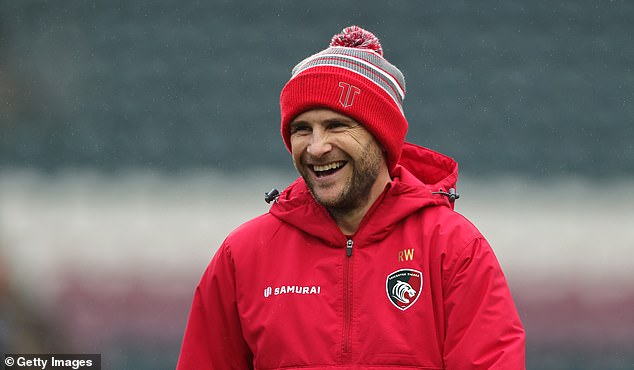 Borthwick forged a clear identity for the Tigers while transforming them into Premiership champions again. Asked to define what his team’s style will be, Wigglesworth said: ‘What’s for sure is that the foundations that have been put in place in the last couple of years, I have no interest in tearing down. We will play the Tigers way and what that looks like won’t drastically change in the middle of winter. Basics will be hugely important to me.’

He delivered an emphatic endorsement of the men who have left the club to answer the country’s call. ‘Steve is going to cope with it unbelievably well,’ he said of Borthwick. ‘He doesn’t leave any stone unturned. He wants information, gathers it and takes out what he needs to make himself and the team he leads better. I think he will be a success because he is the best coach in England. We have got the right man.’

As for Sinfield, he offered a profound tribute to the ex-rugby league icon who has inspired so many with his prodigious fund-raising exploits for Motor Neurone Disease, adding: ‘Kevin was difficult to say goodbye to because we live in a similar area and spent a lot of time in each other’s company. We helped each other a lot on the game and we were close, so I will miss him as a mate. 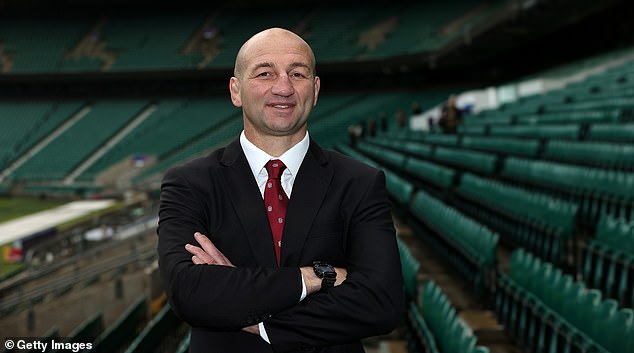 ‘Obviously, talking about him as a human being, he makes us all feel a lot worse about ourselves! What you do in life is not very important compared to what Kevin Sinfield does in life. But you would never know that when you’re sat down having a chat with him about all kinds of nonsense. I will miss him. He has already made an impact on rugby union and that will only be felt now.’

Wigglesworth is alert to one early danger posed by the departure of Borthwick and Sinfield to run the England team. He expects Leicester players to be called up in droves. Speaking ahead of today’s league clash with Gloucester and inaugural Slater Cup contest – in honour and support of Ed Slater, who played for both clubs and has been diagnosed with MND – Wigglesworth said: ‘It has crossed mind he may raid a few of our boys.

‘He’s always said he wants all our lads playing for England and now he can pick them! We will see if he is true to his word. He has a lot to pick from now, but I envisage him taking a significant amount of our players – I know they are good enough. He may well think the same.’

Most shrewd judges who know him are already convinced that Wigglesworth will be good enough to cope with being in charge of Leicester. He is probably more prepared than he even realises. 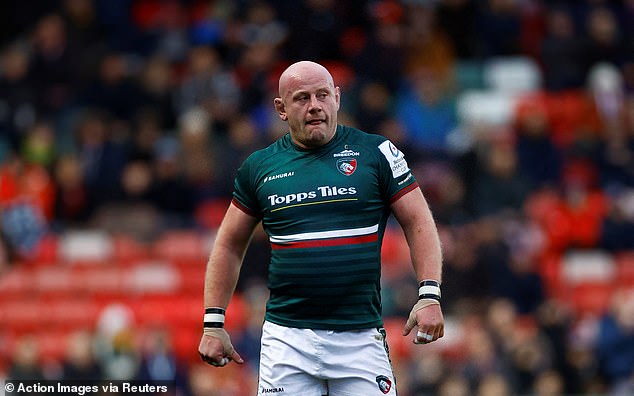