Newcastle coach Adam O’Brien says his players don’t want to go grocery shopping or out for coffee for fear “they’ve let the town down”.

Such is the reality of playing in a struggling Knights team in a rugby league-mad town such as Newcastle.

“That can carry a heavy load and erode your confidence,” O’Brien said. “But we can control so much of that.”

That’s why O’Brien refuses to give up on the belief the 12th-placed Knights can still make the finals, even if he has given up on saying the f-word around the club’s Broadmeadow headquarters.

The problem is reversing their fortunes is no quick fix. O’Brien says issues at the Knights have been ingrained for so long he wouldn’t even call it years. 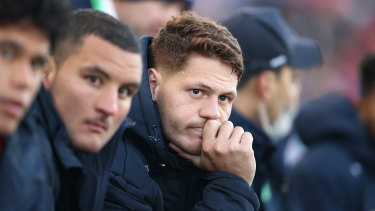 Newcastle captain Kalyn Ponga has played in a side decimated by injuries.Credit:Getty Images

On the field, there is a mental barrier “that has been there for us for a fair while”. Off the park, the Newcastle mentor points to pathways, recruitment, retention, training and game models as the key points the club has to get right.

O’Brien says the Knights are envious of Penrith. Who wouldn’t be? A build-from-within philosophy has made the Panthers the envy of the league. Home-grown stars Nathan Cleary, Jarome Luai and Stephen Crichton are premiership winners and State of Origin players.

But two hours up the road? Not one member of the Knights’ starting back line who faced Penrith on Sunday was a NSW junior, let alone a Newcastle junior.

Kalyn Ponga is the Queensland fullback. Like Ponga, Jake Clifford and Enari Tuala found their way to Newcastle via the North Queensland Cowboys. Maroons centre Dane Gagai hails from Mackay. Edrick Lee is from Brisbane, so too is Anthony Milford, parachuted in midway through the season after being cleared of assault charges. Dom Young was recruited from England.

The reality is a team will never win a premiership with a purely home-grown roster. But the Knights are far removed from a golden era inspired by local juniors such as the Johns brothers, Paul Harragon, Mark Hughes, Bill Peden and the Gidley brothers.

Garth Brennan left his post as Newcastle’s pathways manager last month, with differing views about how the club should operate leading him out the door after nine months in the role. Alex McKinnon ended his stint as Knights recruitment manager earlier this year.

O’Brien and the Knights escape the Newcastle bubble when they head to Canberra to face the Raiders on Sunday in a game that could have major implications on their finals hopes.

Newcastle have won two finals games since 2006. Both came in 2013, when a roster bolstered by seasoned veterans fell in a preliminary final. That finals run was a flash in the pan. Brought in as coach during the ill-fated Nathan Tinkler era, Wayne Bennett had recruited players close to their use-by date with no succession plan in place. 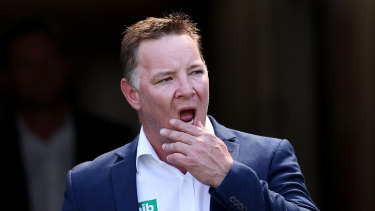 When Bennett walked out the door with a parting shot, saying the Knights would take years to become a consistently high-performing club, many of his recruits weren’t far behind. The roster fell in a heap. The Knights claimed three wooden spoons in as many years and spent years picking up the pieces.

“The right people are here and they are focused on fixing it,” O’Brien said.

“[On Sunday] I was probably more talking to those people in the stands when I’m answering those questions to say ‘look, I can understand your frustration’, but I’m more pleading that we are in here trying to work on a number of things.

“The reality is, and I always speak in reality, that since 2013’s preliminary final, we haven’t featured a hell of a lot. We’ve picked up a few wooden spoons along the way, so that tells you we’ve had more seasons we’d like to fix up than seasons we’d like to have, and that’s no different to right now.

“I’m not talking about the past, I’m in charge of what we need to do now and we’re not there yet. I think I did say we’d get out of bed every day to make sure we’re working on it.”

A round one victory over the Sydney Roosters offered a glimmer of hope that Newcastle would build on consecutive finals appearances. The Knights were without an experienced half following Mitchell Pearce’s departure, but a new-found defensive resolve saw them give up just 10 points in the first two rounds.

The Knights have since dropped nine of their past 11 matches, that defensive resolve has evaporated, and they have conceded 197 points in their past five home games. Their disjointed attack is the worst in the competition.

But Newcastle’s spine has been decimated by injuries over the past three years. Hooker Jayden Brailey has not played a game this season, and fullback Kalyn Ponga has played alongside five different halves pairings.

O’Brien hopes the tide will turn with consistency and the hand of rugby league Immortal Andrew Johns.

“He understands the weight of expectation up here, he’s been a huge help for me in that regard. He’s invested. He understands there is some stuff we need to fix and he’s actually in there, in the trenches with us, looking to fix it.”