Manu Tuilagi has been shifted to the wing for England’s game against Australia to accommodate the new midfield axis of Marcus Smith and Owen Farrell.

It is the first time Tuilagi has started a Test on the wing since 2014, with Adam Radwan making way for the powerhouse who normally plays centre.

The inclusion of Smith and Farrell at 10 and 12 are the only personnel changes to the starting XV, with makeshift fly-half George Furbank also making way. 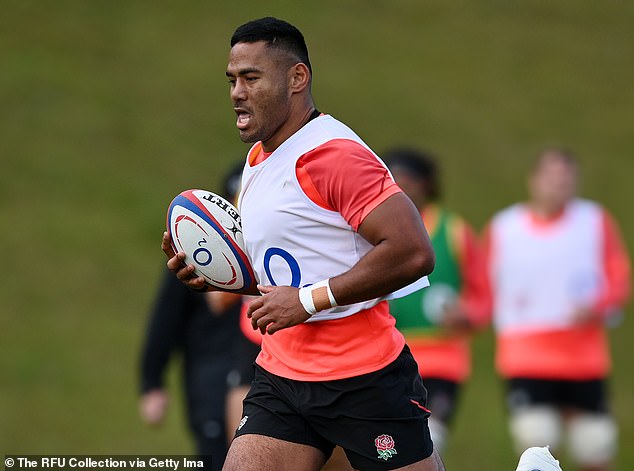 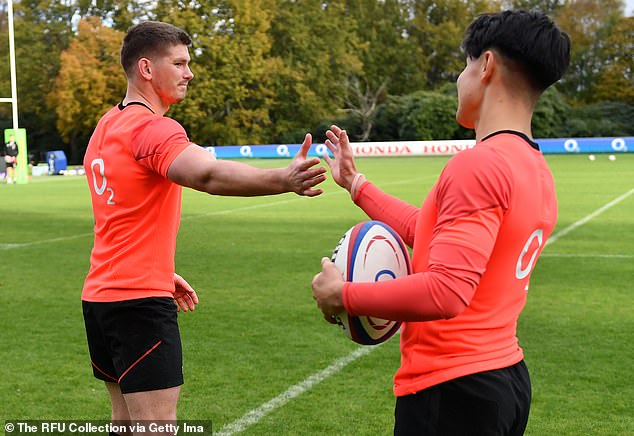 Marcus Smith will start at fly-half for England, with captain Owen Farrell at inside centre

By moving Tuilagi to the wing, Eddie Jones is able to accommodate Henry Slade in the centres for the showdown against the Wallabies.

Jones said: ‘We know this will be a tough test for us, we’re playing against a team who have been together a while and who have beat the world champions twice. As an Australian I know how much this game means.

‘We’ve had a really good week of preparation, we’re looking to improve our performance this week and I think this side is building well.’

Freddie Steward and Jonny May retain their place in the back-three, with Max Malins returning from injury to provide backline cover.

Ben Youngs starts at scrum half and rookie No 9 Raffi Quirke could make his debut from the bench. 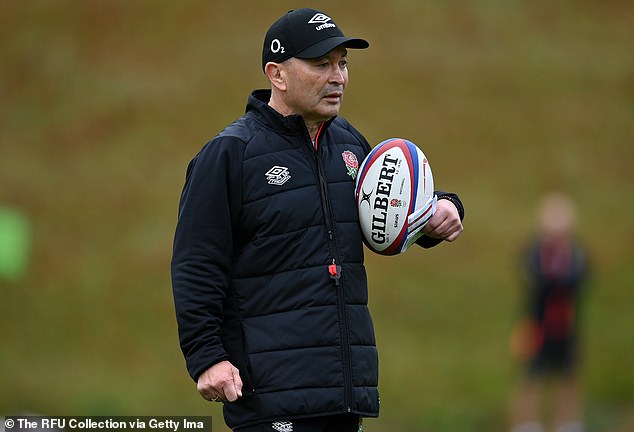 The starting pack remains untouched, although Sam Simmonds and Bevan Rodd have been promoted to the matchday 23 for finishing roles.

Ellis Genge, Jamie George and Kyle Sinckler start in the front row, with Maro Itoje and Jonny Hill behind them at lock.

Despite handing the captaincy back to Farrell, Courtney Lawes continues at No 6 in a back-row with Sam Underhill and Tom Curry.