Straight back into the firing line: Wallabies star Michael Hooper set to start against Scotland after his extended mental health break

Ex-Wallabies skipper Michael Hooper is set to start for Australia in Sunday’s Test against Scotland for his first match in 105 days following an extended mental health break.

The 30-year-old stunned world rugby when he dramatically announced he would be stepping away to focus on his mental health on the eve of Australia’s first Rugby Championship fixture in August.

He broke his silence on the self-imposed exile at Wallabies camp earlier this week, saying he sought ‘all types of help’ to try and cope with the ‘rollercoaster of emotions’ that comes with a long international rugby union career.

Hooper won’t be wearing the captaincy armband – that still belongs to James Slipper – but he will be starting in the forward pack for Australia in the match scheduled for 3.30am (AEST) on Sunday morning in Edinburgh. 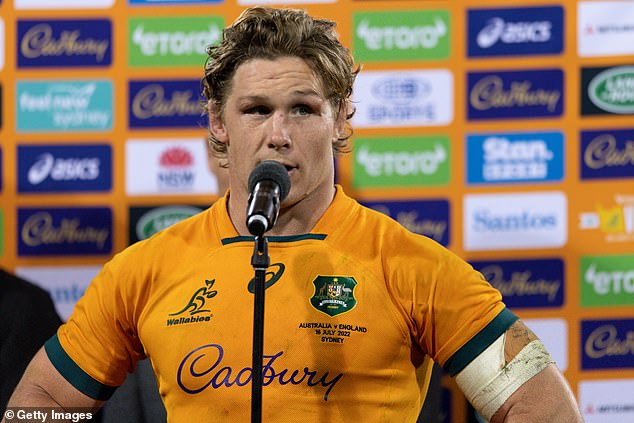 Michael Hooper, speaking after the last Test he played on July 16, is being thrust straight into the starting side after an extended mental health break 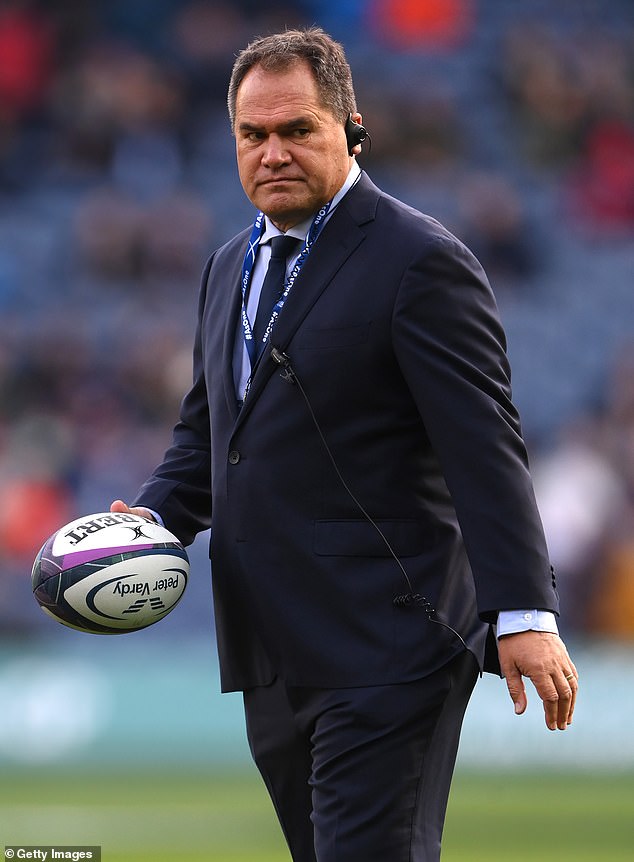 It wasn’t clear when or if Hooper would be named in a starting side during the five-Test spring tour, but coach Dave Rennie has wasted no time in asking Australia’s most-capped captain and 121-game veteran to step straight back into the firing line.

Rennie will unveil the rest of his squad later on Thursday; with a number of changes expected due to injury, availability and form from their last Test outing: the 26-point Bledisloe Cup defeat on September 24.

Hooker Dave Porecki welcomed Hooper back into the Wallabies fold, saying he brought a calmness to the side through his 10 years at the top. 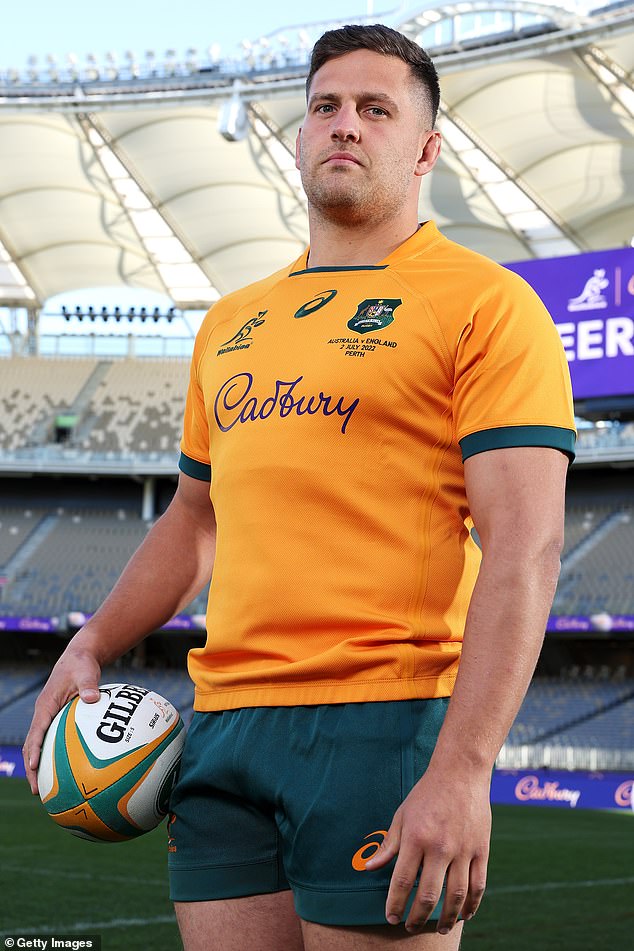 Wallabies hooker Dave Porecki lauded the leadership Hooper’s return would bring, and said the team was proud of the way he spoke up and asked for help

‘Obviously with Hoops (Michael Hooper) just comes massive experience, doesn’t it, and he’s a great man, just good to have around the squad,’ Porecki told reporters.

‘Just a player of his calibre coming back into the squad is massive for us, especially over here.

‘Away from home in front of hostile crowds, he’s calming to the group. He’s just come back sort of refreshed so it’s unreal having him back in,’ said Porecki, one of several players who will be looking to cement a position ahead of next year’s World Cup.

When Hooper opened up on needing to take a break, he admitted there is still stigma attached to mental health. 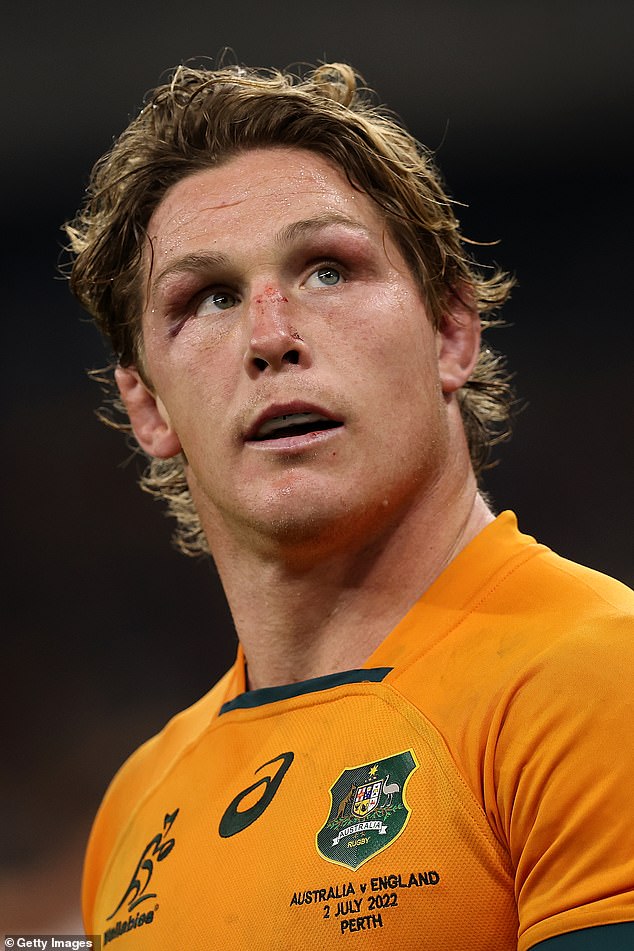 For a man lauded for his incredible toughness, durability and no-nonsense manner, asking for help was just as tough as putting his frame in the way of a rampaging All Black.

‘As a younger man, I viewed asking for help as, I guess, a bit of a weakness. You want to feel like you have it all worked out and I certainly didn’t,’ Hooper said ahead of the Wallabies’ spring-tour opening Test against Scotland on Saturday.

Porecki said the playing group were proud of the way Hooper made the choice to step away from the game and seek help when he needed it.

‘There’s a stigma in rugby that it might be taboo to speak up about things going on in your life but we were all incredibly proud to be a part of Hoops in the way that he’s approached certain things that he had to approach,’ he said.

‘I think everyone already had enough respect for him but just for him in his position in rugby in Australia to come out and be brave and address that, credit to him.’

The Wallabies will be facing the ever-improving Scotland to kick off the spring tour,  who are now ranked sixth in the world; three above Australia.

Their last encounter at the famous Murrayfield ground in Edinburgh was a 15-13 defeat by 12 months ago, which ended a five-game winning streak by the Wallabies.

Since then, Australia have won just three of their past 11 games as Rennie continues to tinker with his preferred squad ahead of the World Cup in France next September.