South Africa’s rugby union are under mounting pressure to take further action against their rogue director of rugby, Rassie Erasmus, after an outraged protest from the RFU.

In the aftermath of the Springboks’ defeat against France last weekend, Erasmus released a series of social media posts which clearly implied criticism of veteran English referee Wayne Barnes.

In response, he has received a two-match ban from World Rugby – meaning he will not be on duty at Twickenham on November 26 – and Sportsmail can reveal that the RFU have been lobbying behind the scenes. 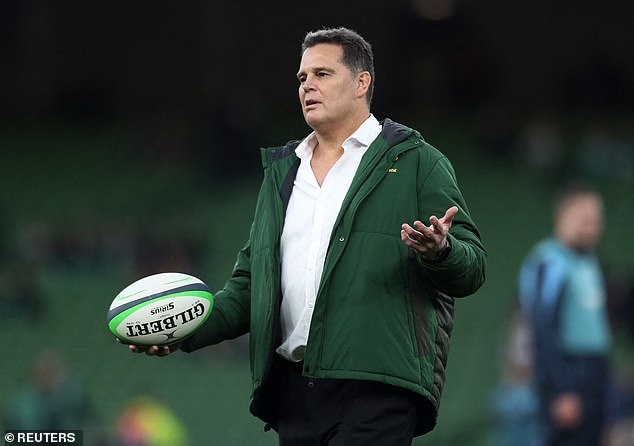 It is understood that the English union have contacted their South African counterparts to express anger and alarm about the activities of Erasmus. They are believed to have argued strongly that his wild allegations have indirectly incited death threats against Barnes and his family, along with threats of physical harm and verbal abuse.

The RFU are thought to have called for SA Rugby to intervene, in an attempt to protect the interests of this country’s leading referee and other officials. Erasmus was hit with a 10-month match-day ban late last year after fierce public criticism of Nic Berry during the Lions tour, which the Australian referee later condemned as a ‘character assassination’. 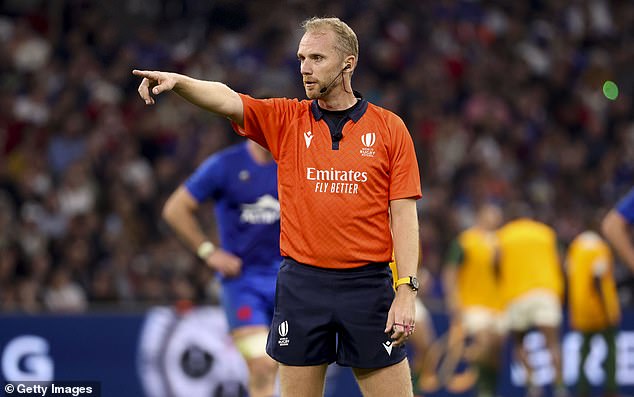 Erasmus was handed the banned after posting on social media following their loss to France. He was complaining about English referee Wayne Barnes (above) in the online posts

Outside of South Africa, Erasmus is once again being cast as a divisive and damaging figure in the sport and SA Rugby are facing demands to curb his future social media output, as a minimum requirement.

The intervention by the RFU comes ahead of the Boks’ showdown with England on the last Saturday of the month and this episode is bound to stir up tensions, although it is understood that the initial reaction from the SA Rugby hierarchy has been positive.

Meanwhile, former Springbok coach Nick Mallett has claimed that the behaviour of Erasmus has turned South Africa into ‘the least-liked team in the world’. He also argued that the criticism of referees has been counter-productive on the field.

In a column with Sport24, Mallett wrote: ‘Unfortunately, I’m convinced that the reason we’re not getting good calls in those moments is because he keeps pointing them out and keeps on showing refereeing incompetence. 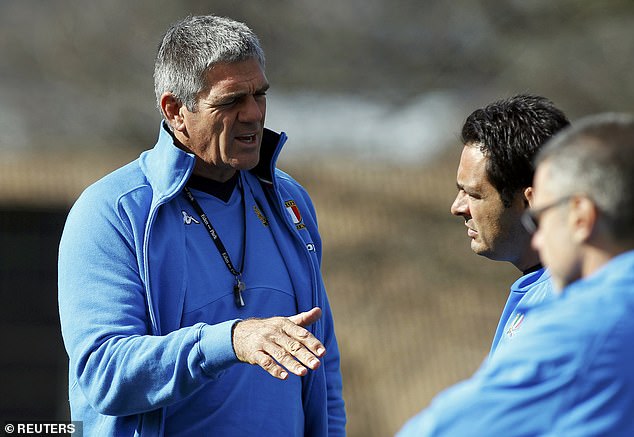 ‘It goes right back to 2018 and that tackle on Andre Esterhuizen against England at Twickenham where, in the aftermath of that loss, Erasmus came out with a video sarcastically teaching Esterhuizen a new tackling technique, telling him he wasn’t going high enough.

‘World Rugby has a whole list of instances where Rassie has expressed dissatisfaction through social media. If he continues to do this, I believe we are guaranteed to continue to get bad calls from referees. There is no question that the officials are aware of these tactics and trying to protect themselves.

‘Why should they give an advantage to a team that has sought to embarrass them through their director of rugby? You might win a battle where South Africans think you are being funny or clever, but the war will be lost because, ultimately, you are doing more harm than good with this approach of constant criticism.’