Snap Shot is a weekly column taking a look at the lighter side of football.

There is a lot to like about Craig McRae and Jack Ginnivan if you are a Collingwood supporter, and Luke Beveridge and Cody Weightman if you support the Western Bulldogs.

Both coaches have been forced at times to defend the way the small forwards play, as they are adept at winning free kicks and converting opportunities, which can infuriate both opponents and supporters of opposition clubs. 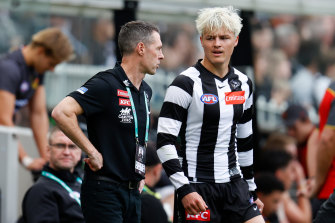 Collingwood will seek clarity from the AFL on its interpretation of the head-high contact rule.Credit:AFL Photos

McRae made it clear post-game on Sunday he thought it was a skill to draw free kicks after the umpires appeared to ignore head high contact against Ginnivan. (The umpires’ department told Collingwood they merely missed them.)

Weightman found it difficult to win a free kick for a push in the back on Friday night against Geelong too, although you can bet he has the backing of the Bulldogs’ premiership coach.

After all, Beveridge responded to a question about Weightman following the club’s round five win over North Melbourne with a chuckle and a telling comment.

“You’re talking to a small forward, mate,” Beveridge said. “You don’t get many breaks, so you have got to take them where you can get them.”

McRae and Beveridge were both masters of the art of winning free kicks. In a brilliant 195-game, three-premiership career as a small forward with the Brisbane Lions, McRae earned 205 free kicks and gave away just 110 on his way to kicking 232 goals (he won 57 and gave away 14 in his final three seasons, by then an expert). 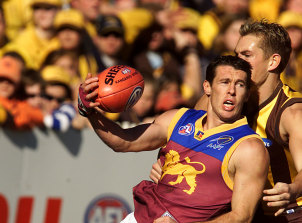 As a small forward Craig McRae was a reliable goalkicker who applied pressureCredit:Fairfax

In Beveridge’s hard-working, 118-game, three-club career as a small forward with Melbourne, the Saints and the Bulldogs, he earned 134 free kicks and gave away just 64 on the way to kicking 107 goals.

They are the biggest ratios of free kicks for and free kicks against of the senior coaches who, for the most part – 11 of the 17 who played AFL – won more free kicks than they gave away as players.

So of course they should back the men doing the job they used to do in an environment that is much more heavily scrutinised than it was in their day.

And for any Hawks supporters thinking they were hard done by on Sunday, note that Hawthorn forward Dylan Moore holds the biggest differential for free kicks paid in 2022. He has received 24 and given away just two this season as opposed to Ginnivan, who sits at 19/6 and Weightman, who is on 10/7.

Jack and Todd Viney have both been hard but fair on a football field and Jack’s younger brother Max has those traits, too, when it comes to jiujitsu, a grappling martial art that focuses on using leverage and timing to allow people to not only protect themselves, but also control and submit a larger or stronger opponent.

The humble Max dominated the Victorian jiujitsu state championships on May 28 at Melbourne Sports and Aquatic Centre. He went home with both the 2022 Victorian state championship black belt no-gi and GI gold medals in a lightweight division, winning one on points and one on submission. His family was proud of his efforts in a sport he is passionate about and excels in. 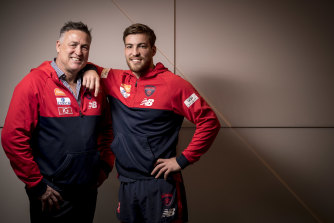 Jack and Todd Viney are proud of Max’s progress in jiujitsuCredit:Eddie Jim

Max loves the support his family has provided and the example Jack has set in being a motivated, professional AFL player but that doesn’t mean much when the older brother is silly enough to grapple with Max.

Snap Shot asked Max how he would go in a grapple with Jack and the 2021 national jiujitsu champion entered the spirit of the discussion, taking the chance to poke a bit of fun at the premiership Demon.

“I would definitely secure the submission win over Jack within a couple of minutes. Although extremely strong and a decent grappler himself, his over eagerness and aggression might land him in a guillotine choke or a triangle choke, especially after he slows down after a minute or two,” Max said.

We’ll leave that to the Vineys to sort out!!!

Richmond premiership coach Damien Hardwick once referred to July as “big boy month” but Gold Coast appear to have made every game a chance for big boys to shine.

A tweet from Ricky Magnidis @rickm18 captured the Suns’ board during a quarter-time break that categorised their players into four groups: energy, utility, big boys and workers.

Snap Shot can’t say for sure what it means, but we reckon it’s about playing tall as a club source revealed that heart and soul forward Nick Holman, who stands at 189 centimetres, made his way into the big boy column at one stage, the shortest player to graduate.