On Sunday at 7.15am Port Adelaide premiership player Kane Cornes will set off on a 725-kilometre run from the centre of Adelaide to the heart of Melbourne to raise money for MyRoom, the children’s cancer charity that holds a telethon in grand final week.

To make his destination during the telethon on Thursday, September 22 he will run, on average, 65km (about seven hours) a day as he heads from country town to country town along the route.

As a way to break a tag, it is genius because finding someone to stick with him on the run, which former Hawks champion Shane Crawford completed 12 seasons ago, is impossible. 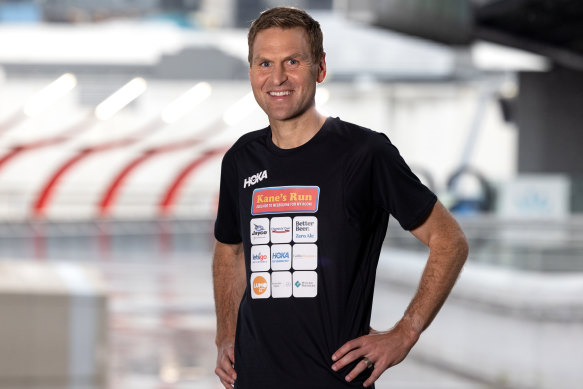 Don’t worry, cameraman Dan is sure to carry a GoPro to document the challenge, but he will need to be careful there is no premature celebration when the team crosses the border into Victoria lest they be accused of getting ahead of themselves.

The idea for the run was inspired by Crawford’s effort, a feat Cornes described as “one of the most phenomenal things I have seen” with ‘Crawf’ not only giving Cornes the odd tip as to how to meet the challenge but the confidence to go for it.

“I told him not to overdo it on the first few days and to pace himself even though you may feel like really pushing it,” Crawford said. “And recovery each day from the hard roads really needs to be a big focus as it can hit you like a brick wall if you don’t stay on top of it, so massages, ice baths, stretching are vital each day.”

Luckily Cornes is a runner, a handy skill for someone with a captious mind but a big heart, having run last year’s Melbourne marathon in two hours 34 minutes, an outstanding feat for the now 39-year-old. He also raised money for MyRoom when he ran a marathon on a treadmill before last year’s grand final.

Cornes expects to shuffle along at about five minutes a kilometre and has been running 200km a week in preparation, running in the morning before hitting the road on tired legs in the afternoon to replicate the fatigue he knows will hit him along the way.

But that doesn’t worry him too much nor does the chance he will bump into someone connected to someone in footy he has challenged along the way as the straight-shooter does not deliver his truths in the media with any malice, enjoying the arguments that result.

What he knows will keep him going is meeting children affected by cancer and their friends and family as he looks to go the distance to raise as much money as clubs promise those fortunate enough to sign a long-term contract during their career.

“That will be the thrill of it because you will get down in the dumps or be running into a headwind, but I think there will be some good community support,” Cornes said. “I will be touching base with those kids that have been affected along the way. There is a real focus on doing that and reaching out to the families.”

To get behind Cornes as he puts his feet where his mouth is make sure you head to MyRoom.com.au or Kane’s Run to make a donation.

The Footy Show: My Room Telethon airs on Thursday, September 22 at 7.30pm on Channel 9 and 9Now

Speaking of characters in the game, Geelong’s Tom Hawkins was walking like a winner after the Cats escaped their qualifying final with victory over Collingwood.

The All-Australian captain, who is a gentle giant, was spotted in the MCC committee room less than an hour after the game wearing his footy shorts, runners and a training top as he accompanied his wife, Emma, who had been a guest of the committee back to the room for a social drink. 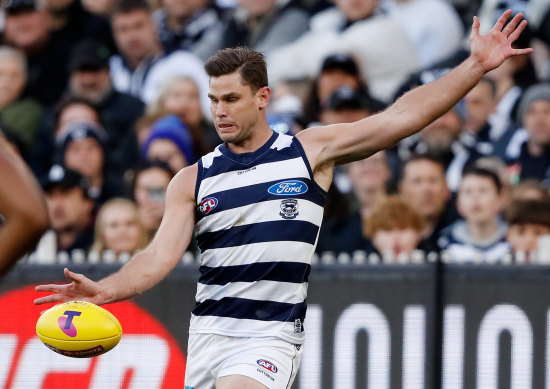 Snap Shot is not sure that Hawkins was overly keen to be walking among the throng on the way to the room but when you have only recently had your third child then a bit of relaxed time with your wife is precious enough to not be overly precious about what you are wearing and how many people you need to pass to get to where you are heading.

Melbourne skipper Max Gawn is good at finding humour in most situations, so he has been able to joke about what the Demons could do if his premiership teammate and ruck ally Luke Jackson departs at year’s end.

Gawn says the solution has been staring him in the face most days as his 10-month-old son George grows at a rapid rate.

“George is 13 kilograms, 10 months old and walking. He could probably start next week,” Gawn joked. “I reckon next year there is an outside chance he could start. He is a big boy. He could start.”

Get the form fours out Tim Lamb!