Last year’s Norm Smith medallist Christian Petracca suffered a hairline fracture of the fibula and a contusion in his leg (a corkie) when he clashed with Lance Franklin in the first quarter of Friday night’s qualifying final.

He played out the game before scans revealed the fracture however the Demons say he is in more danger of missing next week’s game through the corkie which can take time to settle rather than the fracture which is manageable.

A club source said Petracca is sore but they still remain hopeful he will be available to play against the Brisbane Lions in next week’s semi-final.

Petracca’s teammate Charlie Spargo also went to hospital post-match as a precaution after he could not speak following the game with the medical staff wanting to ensure the damage to his larynx was minor. 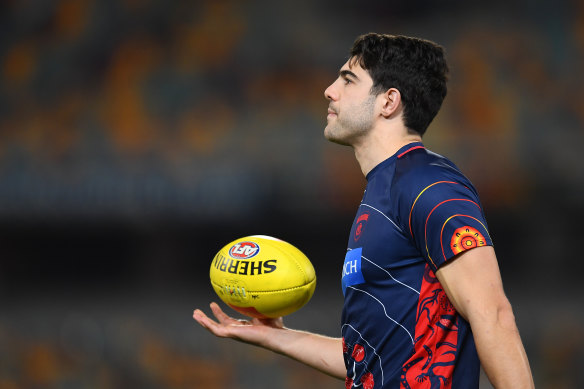 The Demons remain hopeful Christian Petracca will play against the Lions after he was injured in the qualifying finalCredit:Getty

Meanwhile, disappointed Melbourne skipper Max Gawn says no one is underestimating the challenge ahead as the Demons prepare to keep their premiership defence alive in the cut-throat semi-final against Lions.

xxxxto in a cut-throat semi-final next week after losing the qualifying final by 22 points to Sydney.

The Demons beat the Lions by 64 points in round 15 at the MCG and 58 points at the Gabba in the final round of the season. They beat them in last year’s qualifying final and have not lost to them at the MCG since 2012.

The Lions will also be attempting to break an 11-game losing streak at the MCG that dates back to 2014, and they have not won a final at the venue since the 2004 preliminary final.

But a disappointed Gawn was not prepared to concede that the recent history against their upcoming opponent would have any bearing on their next encounter with a loss consigning the defending premiers to a straight sets finals exit.

“If we go in with the mindset that we’re just going to beat them by 60 points like the last two times we’ll lose by 60,” Gawn said. 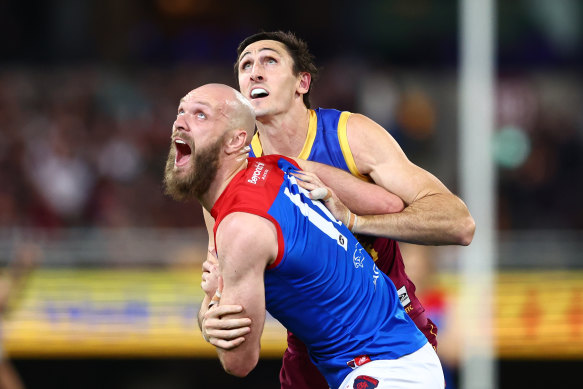 “We’ll grab the learnings we have had against Brisbane in the past but that doesn’t guarantee you anything. Finals footy is different,” Goodwin said.

The Demons once again won contested ball and inside 50 but still lost with Gawn saying the mistakes that led to Sydney goals were a bigger issue than their inability to take their chances going forward, although he rued a couple of missed opportunities in the final quarter.

He said he gained some confidence from the fact they still played their brand of football which they know stands up in finals.

“A lot of the game felt like a good finals game of footy. It felt like our brand was on show for a lot of it. We weren’t able to finish off inside 50 and some ill-disciplined acts gave them some goals,” Gawn said.

The Demons may be without James Harmes after he was reported for rough conduct on Jake Lloyd. Harmes blanketed Lions’ matchwinner Lachie Neale in round 23. Neale played a brilliant finals game in their tight win over Richmond.

The Lions will play Darcy Fort in the ruck with Oscar McInerney a certain non-starter due to concussion.