The AFL is poised to sell its broadcast rights for a record sum after Nine Entertainment Co made an offer worth roughly $500 million a year.

The late bid to show matches on Nine and its streaming platform Stan Sports came as rival networks were pitched against each other and asked to lodge their best and final offer, a process designed to extract the richest deal possible for the code.

A source not authorised to speak publicly confirmed that the offer from Nine, the owner of this masthead, was worth approximately $500 million a year. 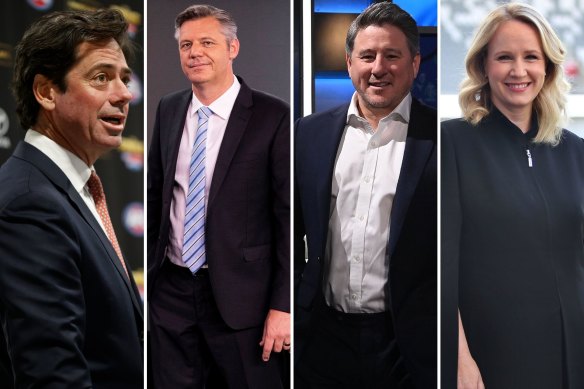 This does not necessarily signal a change in broadcast partners for the AFL, but means that even if incumbents Seven West Media and Foxtel retain the rights they are likely to amount to the richest sport broadcast deal in Australian history and certainly exceed the $946 million being paid to the league over the next two years.

An announcement is expected this week.

As reported by The Age and the Sydney Morning Herald on Monday, regardless of the outcome the AFL could receive up to $50 million per year more than its existing deal, which would come to $2.6 billion over five years, from 2025-29.

Nine, Foxtel, and the AFL declined to comment. Paramount, the owner of Network Ten which is also bidding for the rights, has been contacted.