After 50 days out of action, it took Marcus Smith just 50 minutes to deliver a dazzling reminder of his X-factor class — on the eve of the England squad announcement tomorrow.

Having not played since England lost to South Africa on November 26, leading to the abrupt end of the Eddie Jones regime, Smith marked his comeback with an eye-catching showcase of his attacking brilliance. 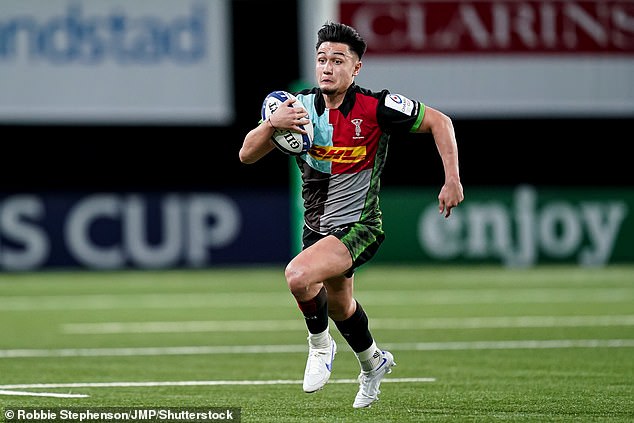 It did not quite turn this enthralling Champions Cup tie the way of Harlequins, but it so nearly did. The visitors were in a hole at 21-3 down and with two players in the sin-bin, before their fly-half prodigy ignited the contest by setting up two tries with trademark audacity and skill.

The agony for Smith and his club was that they could not maintain the momentum and close out a famous win on French soil against heavyweight Gallic opposition.

Racing snatched the spoils with a late penalty by Nolann Le Garrec — despite being down to 12 men by that stage. It means Quins, who claimed two bonus points in defeat, need something from their home game against the Sharks from South Africa next weekend to be sure of a place in the last 16.

But for Tabai Matson’s side and for England, the swashbuckling return of Smith is cause for renewed optimism. Borthwick was not in the French capital for this Anglo-French thriller, but he will have watched from afar and been left with much food for thought. 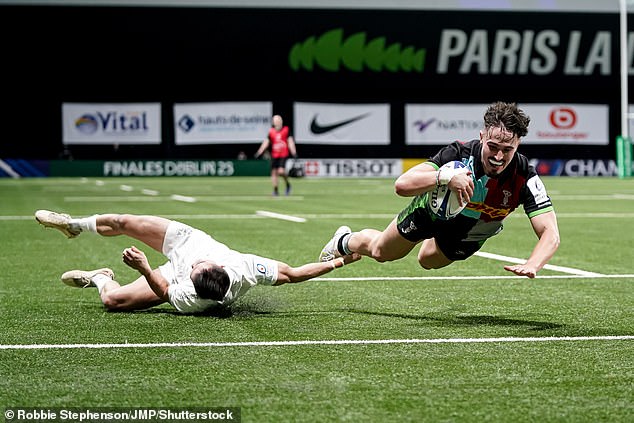 Now that he will dodge a ban that impacts on his Six Nations involvement, Owen Farrell is surely the front-runner to wear No 10 for England in their championship opener against Scotland on February 4.

But Smith has provided fresh evidence that his game-breaking credentials are too good to ignore. The imminent return to fitness of George Ford is another threat to his involvement after an unconvincing autumn campaign, but what he did here amounted to a joyous, stirring riposte.

There had been a lack of conviction from the Quins maestro in the first half as his team laboured to contain their vaunted rivals. 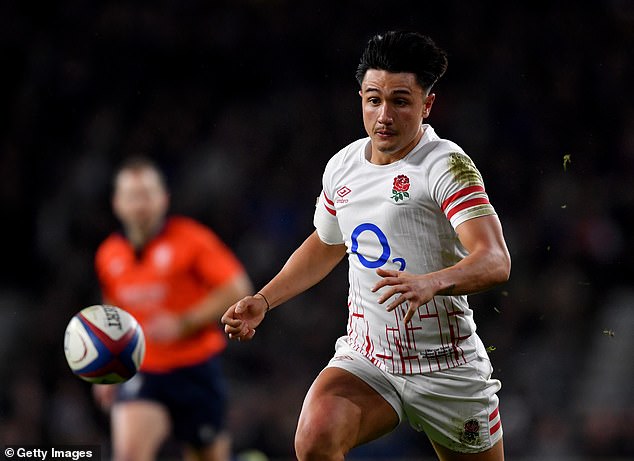 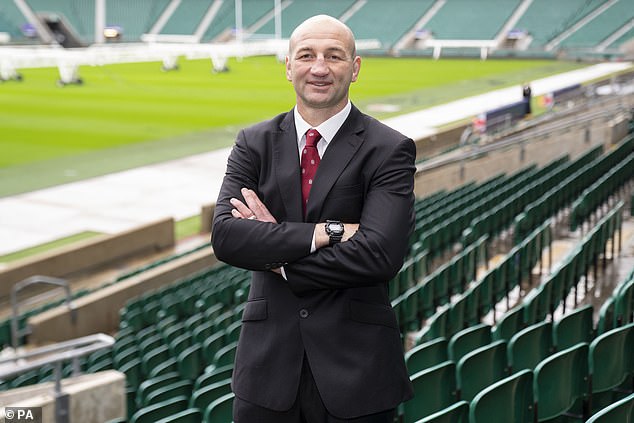 But in the 50th minute, he hit his stride. Smith received the ball on the right, dummied inside, dummied another pass the other way then skipped through a gap and clear, before releasing Cadan Murley, who checked in-field to score.

Smith added the conversion from a wide angle and it was not long before he was on the loose again. In the 65th minute, his familiar hitch-kick acceleration took him past Francis Saili and once again he put Murley into space. Harlequins surged into the 22, stole a Racing line-out and Joe Marchant’s pass allowed Murley to strike again.

When a penalty try followed for the revitalised English team four minutes from time, they should have held on, but Le Garrec’s late shot left them dejected. 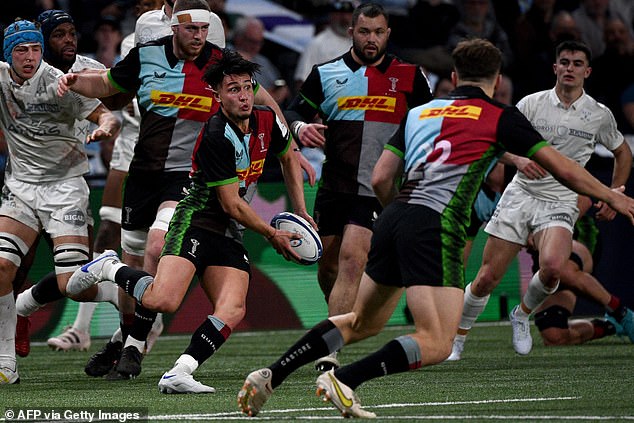 As an ultra-competitive character, Smith was infuriated by the near-miss, but satisfied that he had returned with a promising flourish. ‘I hate losing so I’ll be disappointed on the train home tonight, but I’m very grateful to be back on the field.

‘Being out for seven weeks, you come back a bit rusty. Especially at fly-half, it’s difficult to slip straight back in. In the first half, we struggled as a team. I was poor. But being out allowed me to learn new things and adapt a few things that I did in the past.

‘I feel stronger and better. Hopefully you saw a bit of that today. I was playing like I was at school again. It was a special experience.’

Borthwick will name his Six Nations squad this morning and Smith hopes to be included in the launch of a new England era. 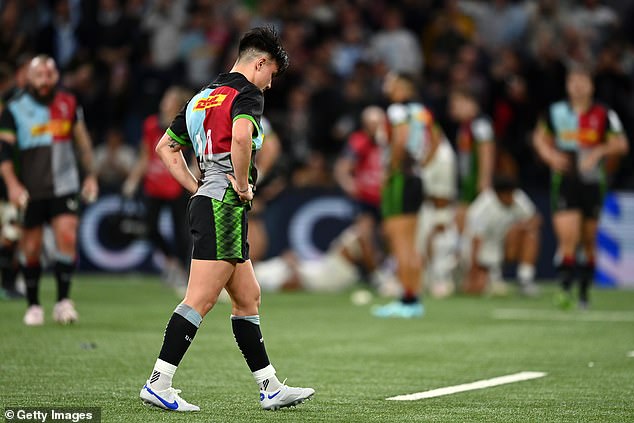 ‘It’s a dream and goal of mine to make that squad. I don’t think you can ever expect anything with England. There are brilliant fly-halves across the league and it is always a pinch yourself moment when you get picked. I am desperate to be picked tomorrow.’

While Smith’s interventions caught the eye and saw him up-stage Racing’s Scotland fly-half and fellow Lion, Finn Russell, Quins were also kept in the contest by a dominant scrum superbly anchored by the returning Joe Marler.

If England are determined to enhance their set-piece staples as an urgent priority, Borthwick may need to consider a recall for the veteran loosehead.