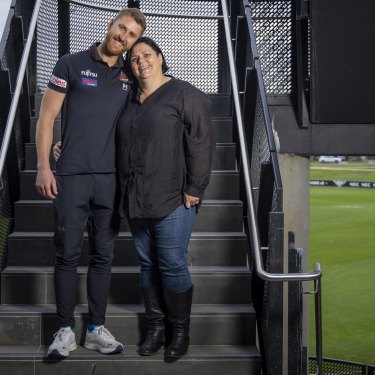 On February 13, 2019, Bobbie Lee Blay’s world was shattered when her daughter, Macey, was killed in a car crash on a quiet Gippsland road. She was 27.

Bobbie Lee, a mother figure to AFL players and many others in the football community, who had supported them through their hardest times and celebrated their triumphs, was facing her own darkest hour.

Through the grief, a light emerged for Bobbie Lee and her family: the footy community wrapping its arms around them.

A proud Gunaikurnai woman, Bobbie Lee’s fingerprints are all over the game, from community level in Gippsland and Melbourne’s south-east, and the All-Nations and Kickstart Indigenous programs, to the elite pathways of the NAB League, and then the VFL and AFL.

Her long association as a trainer with the Gippsland Power, in particular, is legendary and some of their favourite sons – such as Essendon skipper Dyson Heppell, four-time Hawthorn premiership star Jarryd Roughead, and retired Bomber Anthony McDonald-Tipungwuti – reached out following Macey’s death. 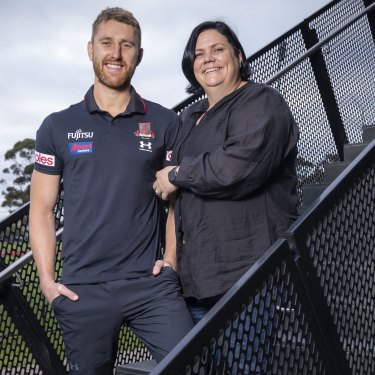 Dyson Heppell with Bobbie Lee Blay at Essendon’s base, ‘The Hangar’.Credit:Wayne Taylor

Bobbie Lee was there in Essendon’s inner sanctum on Friday, May 20 — the start of Sir Doug Nicholls round — as one of her favourites, whom she always refers to as Anthony, not “Walla” or “Tippa”, said a tearful goodbye to the game that helped shape him.

In the auditorium at the Hangar, Bobbie Lee sat next to Jane McDonald, McDonald-Tipungwuti’s mum.

As McDonald-Tipungwuti struggled to get his words out, Heppell stood up and walked over to face the room with his great mate, and put an arm around him.

“I was there near the beginning of his journey [into the AFL], and I was just so proud to be there at the end,” Bobbie Lee said of McDonald-Tipungwuti.

Heppell, now 30 and with 201 AFL games to his name, spoke proudly about his connection with Bobbie Lee.

“I met Bobbie through the Gippsland Power program when I was about 15,” he said. “She is one of the most caring and genuine people I’ve ever met in my time. She’s always been an enormous supporter of mine, and we’ve formed a wonderful friendship over the years.” 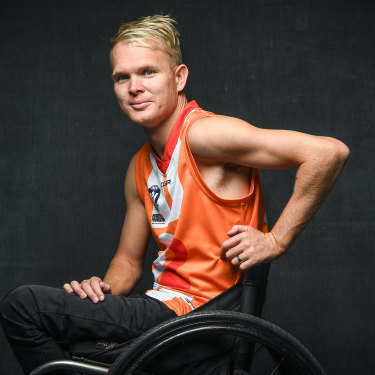 Beau Vernon has won three premierships as the coach of country footy clubs Leongatha and Phillip Island since his 2012 accident.Credit:Justin McManus

Bobbie Lee, a level-two coach, was named Worksafe AFL Victoria Country Volunteer of the Year last year and is a volunteer support officer for AFL Victoria.

She’s also involved in the Outside the Locker Room mental health not-for-profit founded by former Carlton player Jake Edwards, and “Footys4All” – another not-for-profit made up of people who believe in sport’s power for positive change.

“I just love helping make players as good as they can be, but not just as players — as people,” she said. 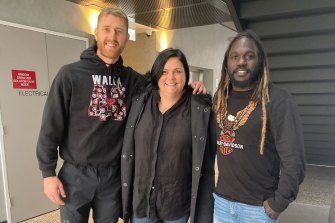 Anthony McDonald-Tipungwuti (right) on the day of his retirement announcement with Dyson Heppell and Bobbie Lee Blay (centre).

Vernon’s biggest test in life came on 23 June, 2012, when his neck was dislocated in an on-field collision, making him a quadriplegic.

Among those who supported him was Bobbie Lee.

“I first met Bobbie when I went into the Gippy Power in the under-15s – 20-odd years ago,” he said. “She was a trainer there, and just so giving of her time for other people.”

Bobbie Lee put her hand up to help Vernon on Saturday as Phillip Island hosted an all-abilities footy day at “The Kennel”.

Bobbie Lee was involved at the neighbouring Kilcunda Bass footy club at the time of Macey’s death, and the first game the club played following the tragedy was against Phillip Island.

“It’s not often a trainer is the centrepiece of a footy club but she was the glue that brought everyone together.”

“I can still only imagine how hard that must’ve been for Bob,” Vernon said. “Being a reasonably young parent myself now, I know it would have just been so hard.”

But Bobbie Lee has always been there for her players – no matter what.

“It’s not often a trainer is the centrepiece of a footy club, but she was the glue that brought everyone together.” 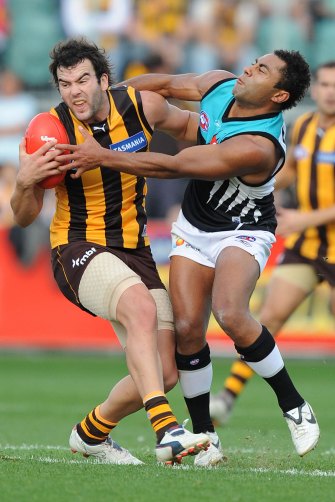 Western Bulldogs excitement machine Buku Khamis and Hawthorn star Changkuoth Jiath are among the players to have come through the All-Nations program.

“It’s a fantastic legacy that she’s created. She’s no fuss, she just gets the job done, but she’s had a very big impact on a lot of people,” Rodan said.

“In footy, there’s plenty of stories – everyone has one – but I think for people like Bobbie, who give so much and don’t ask for much in return, I feel these are the stories that need to be told more.

“Talent is one thing, and I guess that’s the sexy side of the business – when someone goes on and plays AFL footy – but she’s a bit deeper than that, which is I why I think she connects to a lot more people.”

With the Sir Doug Nicholls Round running over rounds 10 and 11 of the AFL season, Bobbie Lee reflected on her own upbringing.

Her father, a man of colour who was born before the referendum on Indigenous recognition and who struggled with his identity, brought the family up in Dandenong and south Gippsland. He coached at Keysborough and Stony Creek, and brought Bobbie Lee up through the game.

“In footy, there’s plenty of stories – everyone has one – but I think for people like Bobbie, who give so much and don’t ask for much in return, I feel these are the stories that need to be told more.”

“Dad had my back – which helped a lot – but at times I still get it even today: ‘You’re a female, what would you know?’” she said.

“The colour part I never look at because it’s just who I am.

“My struggles have probably been more around being a female in a male’s world in those early days.”

Bobbie Lee has also lived with a sense of “lost identity”, which she says can be traced back to her father losing his mother when he was just 10.

“Mum was Anglo[-Saxon], and out of my other two siblings, I was probably born the darkest, so that’s probably why I clung to Dad because he was dark-skinned as well,” she said.

“I’ve got Scottish heritage as well, and I used to make stupid jokes because I didn’t know how to explain it to anyone.

“Having the [Sir Doug Nicholls] footy round highlighting it, you realise that there are so many different shades of Indigenous and mixed cultures, and we just own it. I’m happy to say I’m a proud Indigenous woman. But I’ve also got a heritage of being a Scottish woman as well. And I’m proud of that too.”