Owen Farrell looks primed to be England’s No 10 AND captain if he avoids a ban, while Dan Cole could return to bolster the scrum: CHRIS FOY on the key talking points as Steve Borthwick prepares to name his Six Nations squad

Steve Borthwick has made an assured start as England head coach, in difficult circumstances. He has set a positive, passionate tone and appointed two assistants, Kevin Sinfield and Nick Evans – one long-term and one as a stop-gap – who have the credentials to help rapidly revive the national team.

Now, Borthwick is approaching his first major test as a selector at international level.

Here are some of the key issues on the agenda, both in the terms of the squad he is due to announce next Monday, and the make-up of his starting XV for the Six Nations opener against Scotland on February 4… 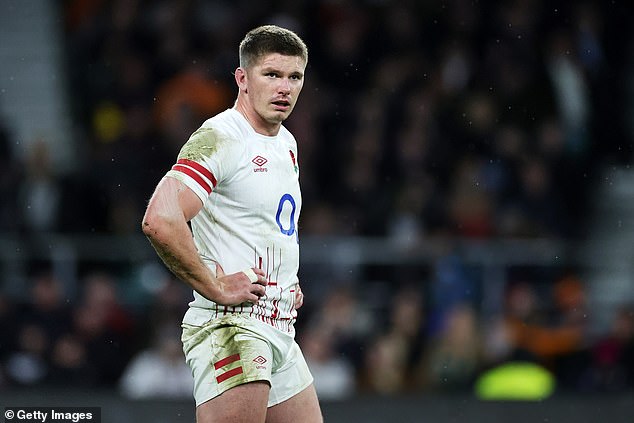 Up until about 9.30pm last Friday night, it was looking like the only real playmaker tussle would be over the No 22 shirt.

Owen Farrell appeared a shoo-in to start at fly-half in the Six Nations, given his imperious form for Saracens and the fact that Marcus Smith has been out injured since England’s defeat against South Africa at the end of November.

Their alliance hadn’t ignited and Borthwick’s mantra about clarity suggests there will be a fly-half at 10 and nowhere else.

Farrell is now facing the threat of a suspension, but this column’s (often faulty) crystal ball shows him being cited for his high tackle on Gloucester’s Jack Clement, but a ban ending in time for him to feature in the Calcutta Cup clash at Twickenham.

His offence was a misjudgement and another example of a repeat problem, but not a wild, heinous crime.

Smith’s prospects will be aided by the involvement of Evans in the Red Rose set-up, but George Ford – despite not playing since the end of last season – is surely right back in the mix again, as he was so integral to Borthwick’s Leicester team winning the Premiership. 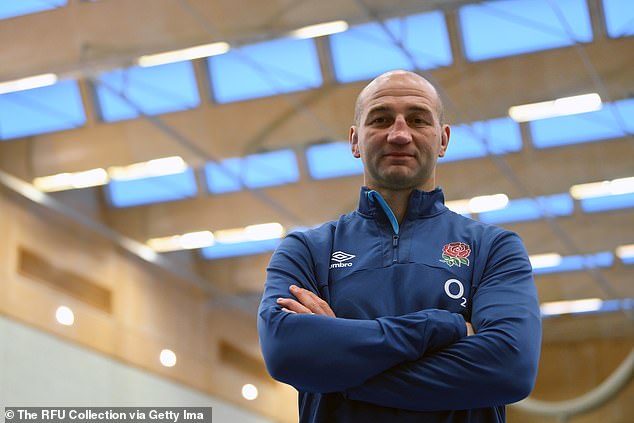 Steve Borthwick (pictured, above) has made an assured start as England head coach

During his tenure, Eddie Jones made no secret of the fact that he took club form with a pinch of salt, as he doubted whether it was a true gauge of Test pedigree.

But Borthwick has already emphasised his high regard for the Premiership, so it should follow that he picks players who have been stand-out performers in the league.

Last Friday, Gloucester wing Ollie Thorley joined a cluster of wannabes banging on the door, with a showcase of lethal running against Saracens.

A riddle in midfield 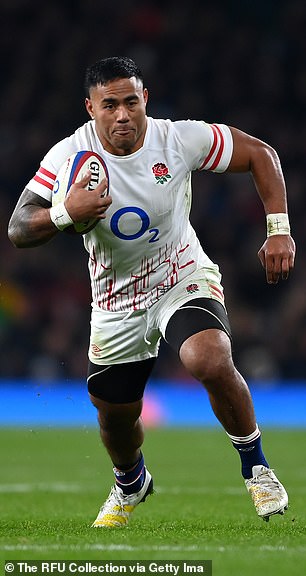 If England are striving to achieve clarity in a hurry, it surely hinges on choosing players in their best, natural positions, in complementary combinations. This certainly applies at centre, after a prolonged era of Farrell operating at 12.

Lately, there has been a growing rumble of protest about Manu Tuilagi remaining at the heart of England’s plans, but to this observer he still a unique weapon of mass destruction.

No-one else in the country poses such a heavy, explosive threat and if Borthwick opted to leave him out, the Scots would travel to Twickenham with less trepidation and more hope.

If they are available, it should be Farrell at 10, Tuilagi at 12 – with Kelly as his under-study – and Ollie Lawrence deserves a chance to run amok in the wider channel, where he has been wreaking havoc since joining Bath.

If England prefer to have a ball-playing 13, Sam James is an in-form alternative to the established Henry Slade.

Take a blank sheet of paper, write numbers one to 15 and then jot down the names who are absolute certain starters. There are not many. Maro Itoje, Tom Curry – if he is fit, Freddie Steward and Farrell – if he is not banned.

Otherwise, it’s all wide open. Ellis Genge and Jonny Hill are both near-certainties, but maybe not quite nailed-on in the first-choice XV (if that’s not an out-dated concept).

Both wing places are up for grabs, it is still Jamie George v Luke Cowan-Dickie – if the latter’s ankle injury isn’t too serious – at hooker and Borthwick might persist with Billy Vunipola or have a whole new back-row plan in mind.

For now, that is clear as mud, as it is at scrum-half, where Ben Youngs can’t be assured of pre-eminence as he didn’t achieve that under Borthwick at Leicester.

Jack van Poortvliet was hounded into errors at Sale last weekend, Alex Mitchell struggled at Exeter after a storming start to the season and Raffi Quirke hasn’t played in weeks. Clarity won’t be easy to achieve in a hurry. 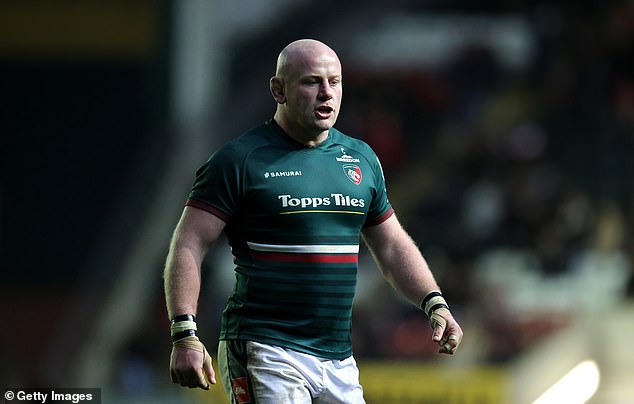 England’s scrum has been a source of grave concern, which has opened the door for Dan Cole to re-emerge from Test exile at the age of 35.

The veteran Leicester tighthead could even challenge for a starting place if a firm platform is the primary objective, while Joe Marler might be reconsidered too, on the same basis.

It will be fascinating to see if Borthwick decides that England can be sufficiently smart in their lineout work to abandon the policy of deploying a lock at blindside flanker, in order to unleash a more dynamic back-row unit.

If he is fit and firing, Courtney Lawes has to start in the pack somewhere, but he has hardly played this season.

Stick or twist with captain Farrell?

This is a tricky one to assess. In the interests of achieving the clarity he craves, Borthwick may feel that the best bet is to have some leadership continuity, which would mean that Farrell continues in the role.

But the Test centurion may not be immediately available and the head coach could conclude that a fresh start is in order, to reinforce the new-era mood.

In that event, Genge would be seen as a likely candidate, given the way he led Leicester in such inspirational fashion last season, to title glory at Twickenham. If the prop is considered a sure starter, he should also be considered a prime captaincy candidate. It is hard to imagine Borthwick looking beyond Farrell, Lawes or Genge.

There was no doubt about the most popular clip of the rugby weekend – it was the jubilant scenes at Paton Field on the Wirral as Caldy shocked Championship leaders Ealing Trailfinders 26-24.

Footage of a group of children celebrating wildly as wing Louis Beer completed his hat-trick with a try wide on the left – while the visitors were reduced to 12 men – was soon going viral on social media.

Last week, in an interview with Sportsmail, Nick Easter spoke about the importance of creating local heroes and promoted Caldy’s stirring feats are the embodiment of that vision.

Meanwhile, Easter presided over a notable upset of his own as his first game in charge of Chinnor in National League One saw the Oxfordshire side thrash high-flying Rosslyn Park 48-12. The arrival of the former England No 8 has already, predictably, had a galvanising effect.

Cracks are already showing in the revamped and precarious Champions Cup edifice, barely a month after the launch of a new era of inter-hemisphere competition. In shock news, it turns out the commute between Europe and South Africa isn’t proving popular.

Who could have guessed? Exeter have dragged themselves off to Pretoria for a showdown with the Bulls on the Highveld, before returning home and to sea level to host Castres seven days later. It’s hardly an ideal high-performance schedule for the Chiefs, or for anyone else facing a long-haul, tight turn-around.

John Dobson, the head coach of the Cape Town-based Stormers has raised concerns that squad rotation is the only solution to the logistical headache, saying: ‘We’re going to have to send ‘B’ teams – and sending ‘B’ teams is going to upset organisers.

‘There needs to be some consensus about how we can make this more palatable. The travel back and forth is going to have to be discussed.’

Weakened line-ups and gruelling journeys are not the ingredients for an elite event – as should have been obvious when this was all on the drawing board.