St Kilda star Max King has reached out to his great mate Andrew Brayshaw to check what Ross Lyon is like, as the Saints and Lyon continue to work towards a fresh partnership.

Industry sources said on Friday there was still a “hurdle” to overcome before Lyon and the Saints confirmed they had reunited, but this was only minor, with discussions ongoing. Sources said Lyon could be appointed on Monday, should negotiations remain on track over the weekend.

Lyon met the Saints board and senior executives this week, and has publicly expressed his desire to return to the club he led between 2007-11, before quitting and heading to the Dockers, where he was sacked in 2019. 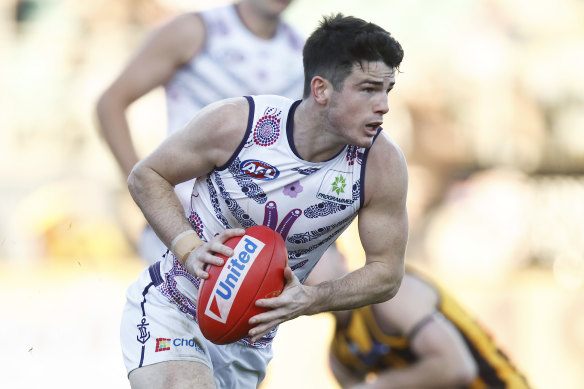 Dockers star Andrew Brayshaw missed a call from Max King – but was ready to endorse Ross Lyon as the Saints’ next coach.Credit:AFL Photos

Sources say senior Saints players have backed the bid to snare Lyon, who pulled out of the running for the top role at Carlton last year, and at Essendon last month. He is seen by Saints powerbrokers as the man who can instil a more “ruthless” attitude than what they say had been the case under former coach Brett Ratten.

Dockers superstar Brayshaw, this year’s AFL Players Association most valuable player, revealed on Friday that King – who needs to rid himself of the goal-kicking yips – had called him to ask what Lyon was like.

“One of my mates, Max King, just rang me yesterday. I missed him, but I think he wants to get a feel for what Ross is like,” Brayshaw said at a Dockers’ sponsorship announcement in Perth.

“[My advice is] put your head down and work really hard. He values hard work, and he loves seeing people who are as invested in football as he is.

“When I first came to the club, I didn’t really know what being a professional footballer meant.

“He pushes his players every day to be the best versions of themselves. Whether that’s training, on the track, in the gym or being focused in meetings, he’s big on the off-field stuff as well.” 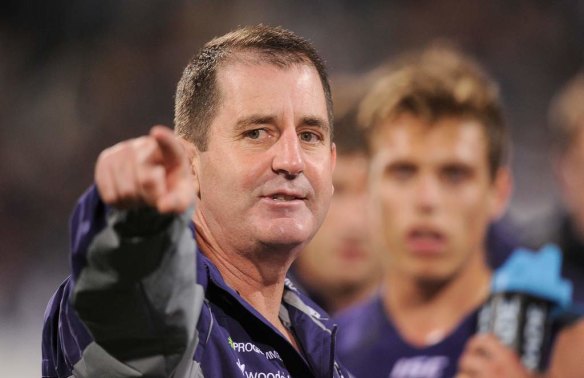 Moorabbin is that way: Ross Lyon appears almost certain to head back to St Kilda.Credit:Sebastian Costanzo

Brayshaw debuted under Lyon in 2018 and immediately won the trust and respect of a man who guided teams into grand finals in 2009 and 2010 and 2013.

“My first couple of years at the club were with Ross, and I absolutely loved it,” Brayshaw said.

“He taught me a lot of life lessons, being an 18-year-old schoolboy coming into the league, and I think St Kilda would be very lucky to have him.”

Brayshaw said there were “too many stories of some of the all-time sprays” from Lyon, “but he really put me on the right path I think, and I owe a lot of my football success to him”.

“I’m very happy for him and I had a feeling he’d be back at some point,” he said.

Lyon told Nine News on Thursday that he was “very close” to signing on.

“We’re very close, giving both parties time to do their … due diligence. Hopefully, get across the line in the not-too-distant future because things are pointing that way. I’m keen – my heart’s been opened up,” he said.