Established Geelong players Gareth Andrews and Geoff Ainsworth skipped the 1971 season to travel in Europe. Separately, so did Essendon’s Geoff Pryor, a dorm mate of Andrews at Melbourne University’s Queen’s college; he stayed away two years.

Geelong began the season disastrously and sent Andrews and Ainsworth letters imploring them to come back. “They didn’t know we’d gone by boat,” Andrews said this week. “We’d only just arrived!” 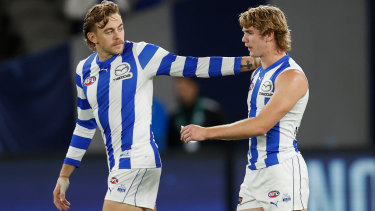 Andrews always had wanted to see the world while he was young. “It’s still the best thing I ever did,” he said. Money wasn’t an issue because it was barely a thing for a footballer then anyway.

And no harm was done to their careers. Ainsworth came back to captain Geelong before retiring young to concentrate on his legal career. Andrews played three more seasons for the Cats, then after a mid-season transfer in a premiership with Richmond. Pryor was welcomed back at and by Essendon.

In 1973, Andrews and Pryor founded the VFL Players’ Association. Partly, it was to agitate for better pay. Partly, it was to break the hold clubs and league had over players. Nearly 50 years later, the irony is that because of the (now) AFLPA’s success in winning stratospheric sums for players, they are more tied to the game than ever. Try taking a gap year now. Even to take a gap weekend, you need your club’s permission.

The good old days are past, but not everything about them necessarily should be thought of as passé. 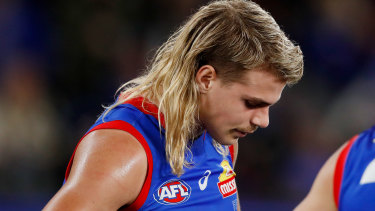 In his playing days, Andrews would sometimes slip away mid-week for a bit of skiing, an indulgence players now must forgo until they retire. “Everyone knew our names,” he said, “but not our faces. Only the superstars were instantly recognisable.” Now, not only do we know all their names and faces, we can even see up their noses. We see them, around the clock, around the world. Witness Jordan De Goey.

As the spotlight this week panned from the struggles of No. 1 draft pick Jason Horne-Francis at North Melbourne to the strife of Instagram man Bailey Smith at the Western Bulldogs and back, the question begged: have we created for our own gratification an impossible living environment for young men, mentally only part-formed, who happen to be gifted at football? A footballer’s life is plainly more lucrative now, but is it richer?

As the storm clouds descended on Horne-Francis, Nathan Buckley seethed. The North teenager, he said, was being held to account for two promises he did not make: the promise implied by the No. 1 ranking, and the promise to stay. He hasn’t broken either.

“What are we doing to this kid?” Buckley asked on SEN. “It’s got worse and worse as the expectation has grown. These expectations weren’t his. They were placed on him externally, and this is where sports media and social media become a big thing. If I was the mother and the father, would I want my son to be in that situation? The answer is no.”

It triggered a No.1 movement. Adam Cooney said that as a teenager in a battling Bulldogs team, he had wanted to go back to Adelaide often. Jack Watts said he regretted not getting out of Melbourne footy club and starting again sooner. Tom Boyd said that not even the chance to return to Melbourne after a year lightened his burden.

It’s easy to scoff that these are privileged and immensely well-paid footballers. They are. But they are or were also boys. 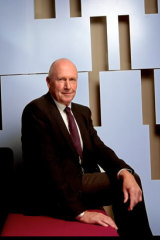 No one’s immune. Chris Judd has described how lonely he was in his first year in Perth, and how he would sometimes drive around King’s Park at night just for something to do. He pulled through and won two Brownlow medals. Cooney won one. But not every teenager has it in them to take their life as well as a football in hand. Not every player grows up to be Max Gawn. Boyd called time on his career after just five seasons. He was 22.

Even for footballers who manage to fashion a place for themselves in the system, Andrews worries about the balance and the toll. “Footy puts years of your life on hold,” he said. “They put all that emotional energy into it – and for many it gets wasted.”

Social media is double-edged, connecting them to the world but also manacling them to it. Smith is a prime example. He courts attention – hardly a fringe activity in 2022 – but it was bound to rebound on him at some stage. It did this week.

Everyone was immediately on his case. His coach, Luke Beveridge, wants the drug policy scrapped, for all the good it does. Jeff Kennett wants it to be made more draconian. The AFLPA wants it to be left as it is, sensitively weighting discipline and welfare. We agree. To his credit, Smith took his medicine neat.

Smith and Horne-Francis have in common that both are serving two-match suspensions for uncharacteristic acts of lashing out, Smith’s a headbutt, Horne-Francis a round-arm. It wasn’t hard to read into them pressure welling up until it overflowed.

Andrews sees how every minute and aspect of a footballer’s life is regulated. This year, until recently that included a proscription on players throwing up arms in reaction to umpires’ decisions, suppressing a natural human reflex. As if to unscrew the valve on a pressure cooker, the AFL has relaxed this slightly. 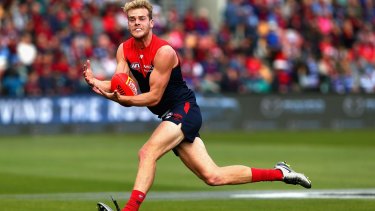 Andrews for years has run Life Again, a not-for-profit dedicated to improving men’s mental health. One of his messages is that to change your life, you have to have or make the sort of wriggle room a modern footballer rarely enjoys. “You have to take some risks,” he said. That’s what he and Ainsworth did all those years ago. “We risked everything,” he said.

Most won’t or can’t. Or can they? Last month, well regarded New Zealand Warriors rugby league player Chanel Harris-Tavita announced he was taking at least a year away from the game, turning down big-money deals from his and two other clubs. Instead, he will travel and write.

Harris-Tavita said his decisions had made him feel guilty. “Plenty of kids out there would love to be in my position. Stepping back might look like I’m taking it all for granted,” he told AAP. “But it’s the best decision for me. Each time I told a family member or friend, it was like a weight had been lifted from my shoulders. I was scared to say it out loud. Most people were shocked, but they were all very supportive.” 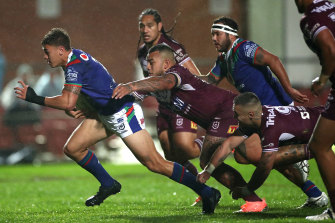 Chanel Harris-Tavita on the break.Credit:Getty Images

The trigger was an appointment for contract talks. “Deep down I knew I didn’t want to sign another contract, and I was trying to hide that feeling from everyone, including myself,” he said. “I said to myself, ‘Am I going to grow some balls and make this decision now, or am I just going to keep everyone else happy?’

“Until then, I was practically lying to everyone about what I wanted to do.”

It is unlikely that he is alone in these thoughts.