On Sunday morning, no public tickets were available to buy for the Auckland game. World Rugby is yet to officially confirm the match is at capacity but said the majority of seating was ‘entirely allocated’ in a what is a huge boost to the game’s governing body and the tournament as a whole.

World Rugby are now exploring how to ensure Eden Park – which has a normal capacity of 50,000 – is as full as possible for what they see as a dream final. 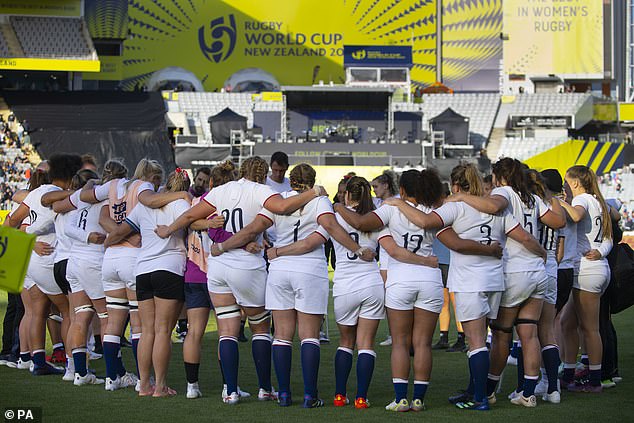 They are looking into the possibility of additional seating although the official attendance is still likely to be less than 50,000 due to the presence of a stage within the stadium.

A crowd of 34,235 watched the opening day of the World Cup at Eden Park which was a new record for the female game at the time. That will be surpassed this weekend.

Simon Middleton’s England will face a Black Ferns side who will be cheered on by a fanatical home crowd. More than 8,000 final tickets were sold in the immediate aftermath of New Zealand beating France 25-24 in their thrilling semi-final. England’s last-four clash with Canada was also a brilliant tie.

The two games have seen the tournament come alive and that feelgood factor will now continue into this weekend’s final where England will be looking to seal a 31st straight victory.

Head coach Middleton and his Red Roses are the women’s game’s dominant force although they were beaten by New Zealand in the 2017 final in Belfast.

The 2022 showpiece is a repeat fixture and a game between the two best women’s sides on the planet.