CHRIS FOY: England reverted to their favourite tactic to maul their way past Australia… but Eddie Jones’ side will need more if they are going to be a serious threat at next year’s World Cup

The ‘New England’ project desperately needed some breathing space and Eddie Jones’s side provided it with a good old-fashioned mauling of the Wallabies.

England reverted to traditional strengths and, in the circumstances, the end justified the means. The series is now wide open at 1-1 and the Red Rose camp have a shot at redemption that would help move on from an unhappy heap of defeats and criticism since the last World Cup.

This back-to-basics victory ended Australia’s run of 10 successive wins in Brisbane and was a masterpiece of channelled fury, with the weapon of choice being a maul which ground the Wallabies into submission and reinforced ingrained local stereotypes about how they play. 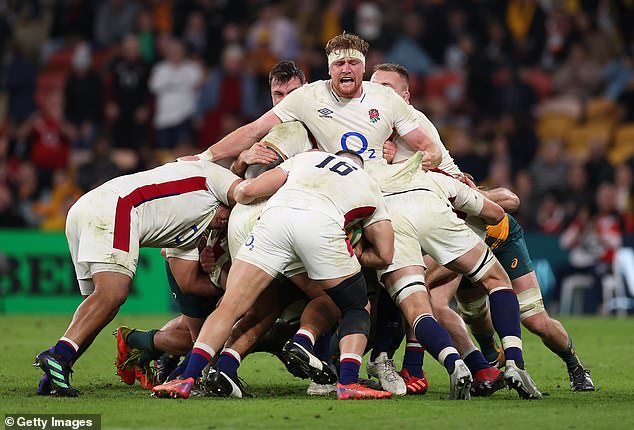 England’s pack delivered a dominant performance against Australia on Saturday 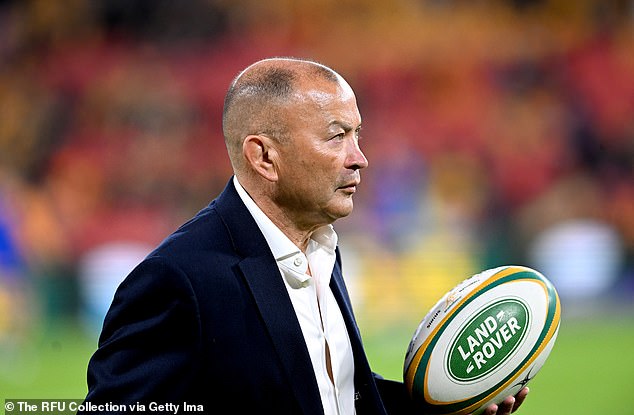 Nobody here likes it, but England do not care.

‘Richard Cockerill’s done a great job improving our maul,’ said Jones of his forwards coach. ‘We obviously got a fair bit of benefit out of that. That helps with the psyche. Having been an Australia coach, the one thing you don’t like is to get mauled by the English team. You see the fans don’t like it.

‘In England, everyone roars when there’s a maul. In Australia, they go “s**t, can you do something else?”. That’s the difference.’

After the pack delivered their statement, Jamie George reflected on the way they drove Australia to distraction and defeat.

‘Our maul was excellent,’ said the Saracens hooker. ‘Not many teams have mauled against Australia like that and that kept us in the game when we took our foot off the throat. It regained a bit of momentum for us.’

On that occasion, England’s pack blasted their rivals back more than 20 metres in the second half to swing the balance of power back in their favour. 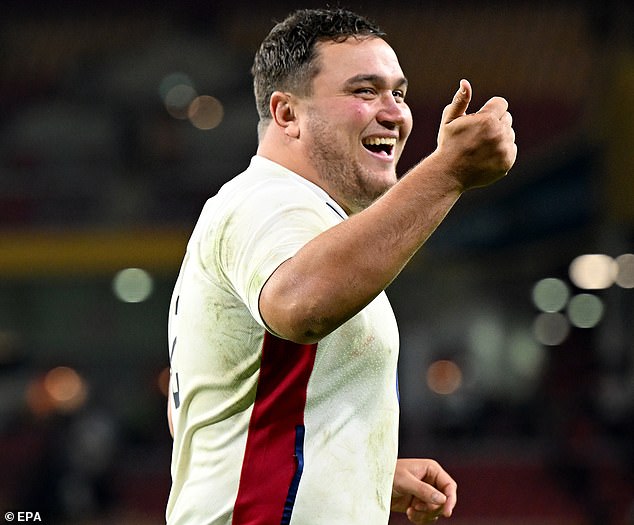 George was asked if such feats will have psychologically damaged Dave Rennie’s side and he added: ‘Eddie said that to us in the lead-up and he knows the Wallabies better than anyone. You almost dent their psyche.

‘It’s something we’ve been working on for a long time. Richard Cockerill is a pretty stern coach and he has high expectations. We’ve worked really hard at it and I’m really happy it paid dividends.

‘We know there has been some frustration among the fans and rightly so.

‘We want to put smiles on faces for the people back home and hopefully we did that. In terms of the tour, it was massive. If you go 2-0 down, it is all doom and gloom. I have been there myself.’

On a night when the result was the be-all and end-all, reverting to type made sense. There is time ahead to polish the attack.

England just needed to win, to lift the pressure and allow themselves space to develop a new identity — if they truly need one. Social media carried grumbles about missed scoring chances or a lack of them, but power and penalties are a legitimate way to win a high-stakes game, so there is no need to apologise.

The first half-hour was undoubtedly England’s best spell since the World Cup. 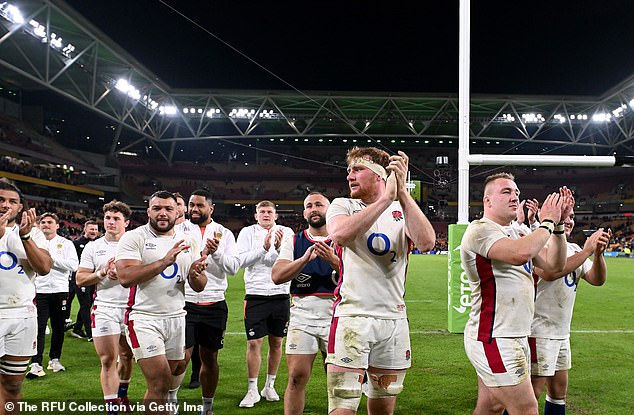 There were shades of the 2019 World Cup wins over Australia and New Zealand in the way they left the opposition scrambling in the face of a relentless blitz.

This was that dominant version of England, although minus a few of the flourishes out wide. This was the England of the 2016 whitewash tour Down Under, when they flattened the Wallabies with all-out aggression.

Many of the Perth problems were fixed. The breakdown battle shifted England’s way and the scrum was better, although referee Andrew Brace contentiously awarded a set-piece penalty against the visitors which led to Taniela Tupou’s try for the home side, who were trailing 19-0 before that lifeline.

If the maul was the primary weapon, there were others in the arsenal. Jack van Poortvliet’s kicking was highly effective, aided by the chasing efforts of Jack Nowell and Freddie Steward, who were both excellent.

The forwards’ carrying was a key feature. Billy Vunipola was back in his barnstorming 2016 guise, Ellis Genge set the tone by flattening Michael Hooper, captain Courtney Lawes was another who led the charge and the often unheralded Will Stuart was magnificent too. Further back, Owen Farrell kicked 20 points and his warrior spirit shone through. 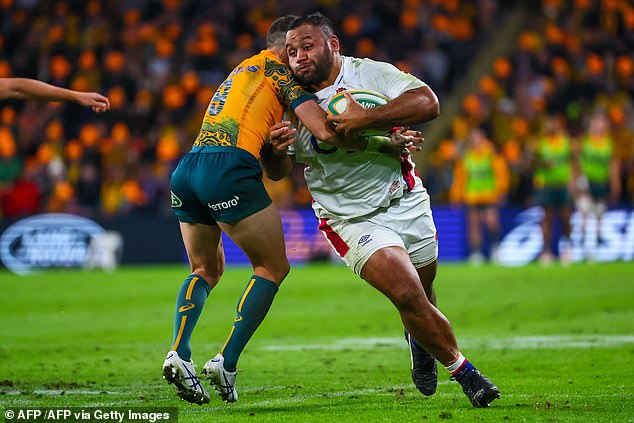 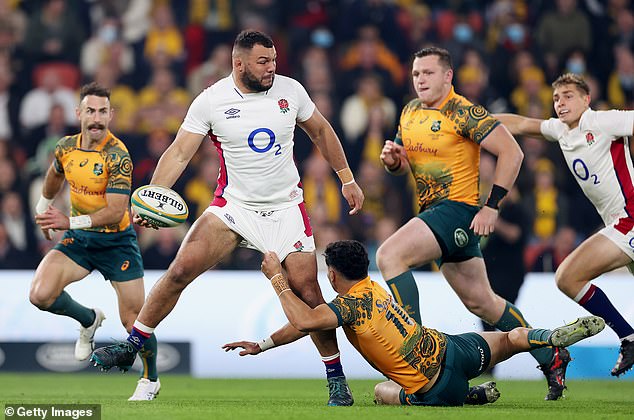 But there is still much to sort out. It was ironic that the only English try came from a slick lineout routine, as the visitors lost too many of their own throws for comfort.

Their defence was better and attack sharper, with Marcus Smith at first receiver and playing flat early on, but England remain on the hunt for a ruthless streak when line-breaks occur.

Jones will need to make changes as Maro Itoje is out of the third Test. Leicester rookie Ollie Chessum could fill the second-row void or perhaps Nick Isiekwe, due to his understanding with club-mate George.

If, as is expected, Sam Underhill is also removed from the firing line again, Lewis Ludlam deserves to start at openside with Jack Willis set to be unavailable with a rib injury. Guy Porter was quiet in midfield until a late surge out of defence, so Joe Marchant could be brought back in, but Tommy Freeman did enough to continue out wide. 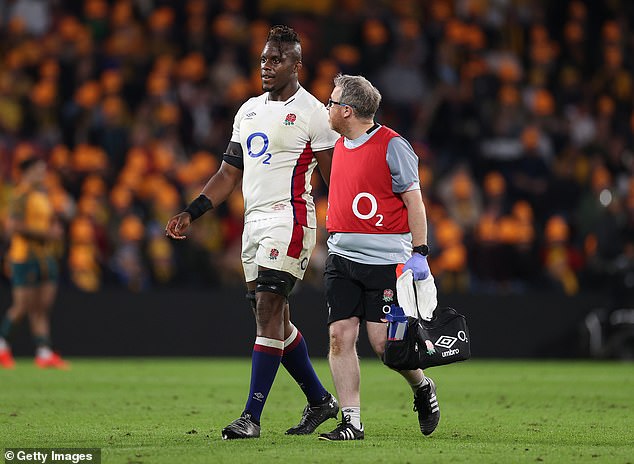 The series is there for the taking now, but this result was momentous as it ended any prospect of the RFU losing faith in the regime before the World Cup next year.

A 3-0 series rout could have put doubts in the minds of the union hierarchy, but Jones now knows he is secure — hence the way he held court with his old blend of jokes, mischief and spikiness after the game.

When it comes to the 2023 global gathering in France, England will not be able to maul all-comers into submission. They will need more layers than that.

But for now, when it really mattered, that old staple got them out of jail.