Eddie Jones is finalising plans for a front-row reshuffle as England brace themselves for another punishing collision with the fearsome Springbok ‘bomb squad’.

The world champions arrive at Twickenham armed with formidable firepower up front. To combat that threat, the hosts will make some notable changes to their starting pack, bringing in Saracens veterans Mako Vunipola and Jamie George.

Those experienced Lions are set to take over from Ellis Genge and Luke Cowan-Dickie in the first-choice XV, after they both made a positive impact off the bench last weekend as England fought back to draw with the All Blacks. 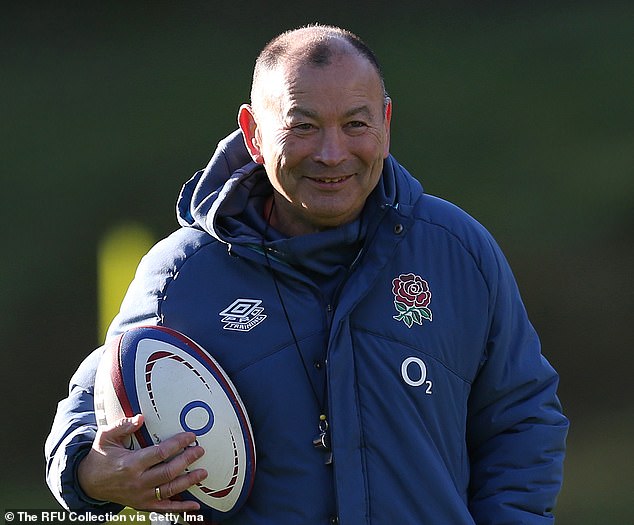 In addition to their powerful starting three of Ox Nche, Bongi Mbonambi and Frans Malherbe, the Boks have more muscle in reserve, with the imposing figures of Malcolm Marx and Steven Kitshoff among their replacements.

England will be desperate to shore up the scrum, which suffered against the All Blacks. Genge has been a talismanic figure this year but his set-piece struggle in the last outing appears to have forced a rethink.

Jones has suggested he would revert to having three primary lineout jumpers for the South Africa Test and sure enough, Sam Simmonds will likely drop to the bench with Maro Itoje at blindside flanker and a recall for Northampton lock Alex Coles.

Surprisingly, Leicester rookie Jack van Poortvliet is set to keep his place at scrum-half, despite an uncomfortable evening last Saturday when the All Blacks forced him into several errors.

Henry Slade has made his presence felt with replacement cameos so far this month and there are signs that the Exeter centre may be destined for a starting place this weekend. 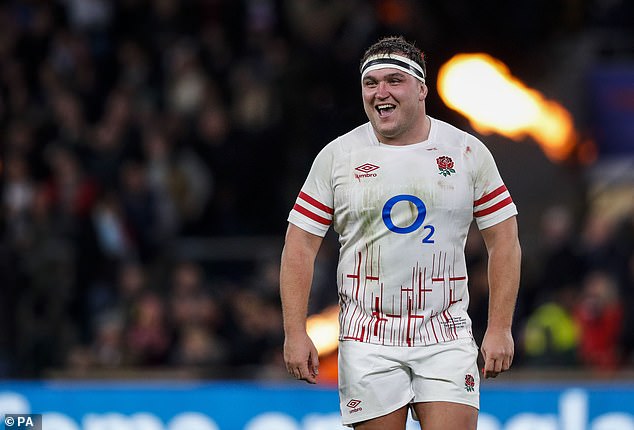 For now, it is unclear whether he will take over from Manu Tuilagi in midfield, or whether Jones has an alternative role in mind.

England forwards coach Matt Proudfoot — who was a part of South Africa’s backroom staff when they won the 2019 World Cup — insisted that there will be a change of scrummaging mindset after coming so close to defeat by New Zealand.

‘The Springboks are a different challenge from the All Blacks, who are a crafty side,’ said Proudfoot. ‘The Springboks have a big, heavy engagement. So it is about that set-up and the stability. It is about scrummaging as eight against them. Where the All Blacks try to fracture you, South Africa try to break you apart. 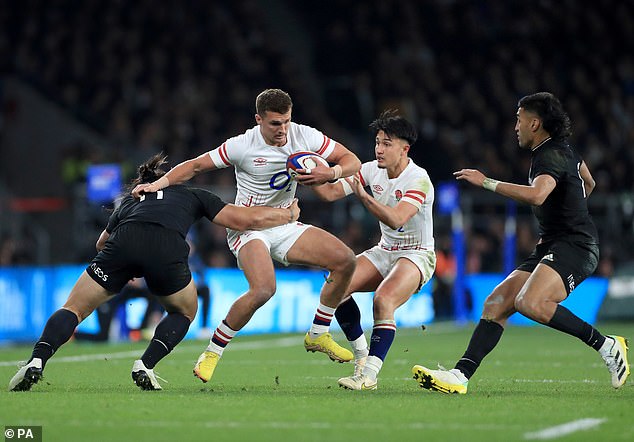 ‘Your focus will be in different areas,’ he added. ‘There were one or two things we wanted to understand better from the New Zealand game and focus on for the Springbok challenge. This Test will be about the heavy engagement.

‘The Springboks have a different philosophy. Their philosophy is that they come at you, look for a weakness and then put all their power into exploiting that weakness. It’s about the whole eight of us doing exactly the same thing. That’s the challenge this week.

‘It will be less technical and more of a mindset challenge. It’s not a technical battle — it’s a battle of intent and will and it’s about all eight of us.’