A heavyweight bout between a combined All Blacks-Wallabies side and the British and Irish Lions has received a massive boost after the New Zealand Rugby boss gave a strong indication that a 2025 clash could go ahead.

Sportsmail exclusively revealed this week that the southern hemisphere titans could join forces for the first time in 36 years to stage the showpiece fixture.

The trans-Tasman side last featured on the 1989 Lions tour, with the likes of David Campese, Kieran Crowley and Michael Lynagh playing on the same side. 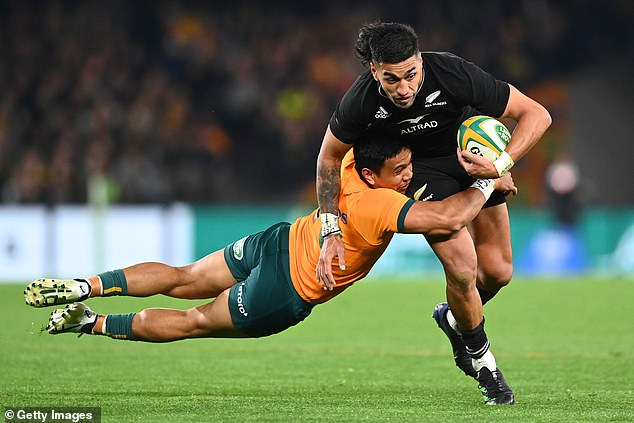 Rugby Australia chief Hamish McLennan confirmed to Sportsmail that talks had opened with the All Blacks. He said: ‘We’ve talked to the Kiwis about hosting an ANZAC team against the Lions in 2025 and they’re considering the idea.

And now New Zealand Rugby counterpart Mark Robinson has revealed that the two organisations are ‘aligned in principle’ about the proposed fixture.

‘We’re aligned in principle,’ Robinson told the Sydney Morning Herald. ‘[It’s] early days however, with a lot of detail to be worked through around scheduling and in understanding commercials.’ 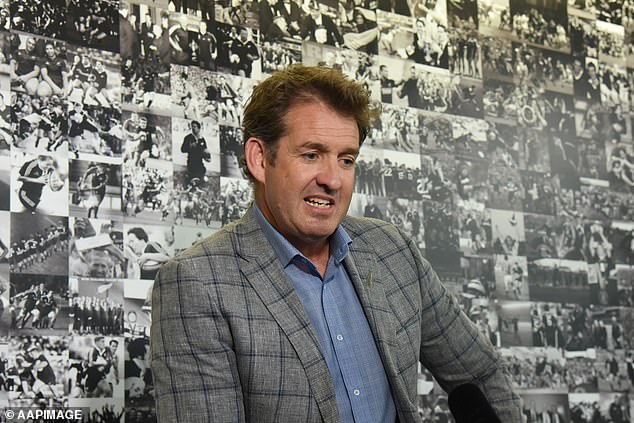 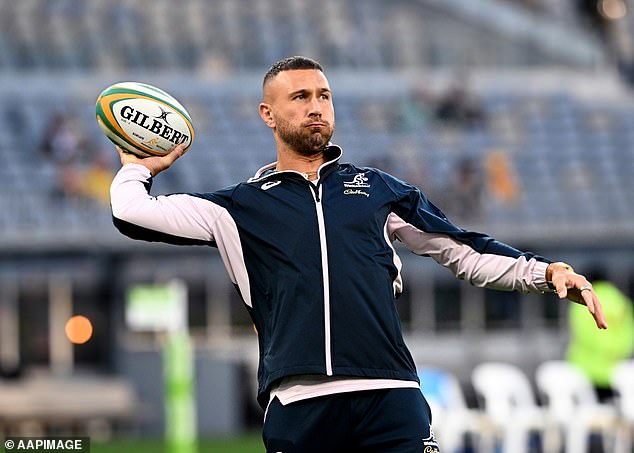 Wallabies star Quade Cooper has also given the concept his backing, saying players would love to represent an Anzac XV against the Lions, and believes it would look similar to an NBA All-Star weekend.

‘As a fan you watch your favourite players playing on the same team, and it’s cool,’ Cooper said. ‘I imagine it would be a great concept and I am sure it would be a success. I would hate to be the selectors.’

With last year’s series in South Africa played behind closed doors, the hosts are hoping for a surge in overseas interest.

If negotiations are successful, the likes of Taniela Tupou and Ardie Savea could combine in a blockbuster XV. 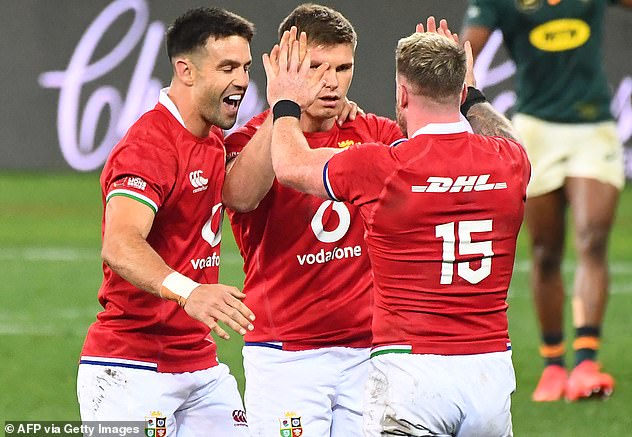 ‘The best of the Wallabies and the All Blacks against the Lions would create enormous global coverage,’ added McLennan.

Tensions have been high between the Australian and New Zealand unions recently, with McLennan describing them as ‘naughty boys’ during Super Rugby negotiations last month.

However, he insisted that harmony has been now restored and suggested that the nations could reach an agreement over revenue-sharing.

‘All is good with the Kiwis now, we’re friends again and we’d be happy to give them a cut,’ said McLennan.

A combined All Blacks/Wallabies side was also proposed by then-Australian Rugby Union chief John O’Neill in 2012, with the aim of the united side taking on the Lions at Twickenham in 2015 to celebrate the centenary of the ANZAC landing at Gallipoli.