Collingwood have suffered a cruel injury setback to start the new year with luckless big man Nathan Kreuger forced to have a shoulder reconstruction after injuring his right arm at training prior to the holiday break.

The Magpies announced on the club website on Monday that “no firm timeline” has been placed on the key forward’s return to the field.

Kreuger was spotted at Collingwood training on Monday with his arm in a sling and is not expected to line up for the Pies until at least six weeks into their 2023 season. 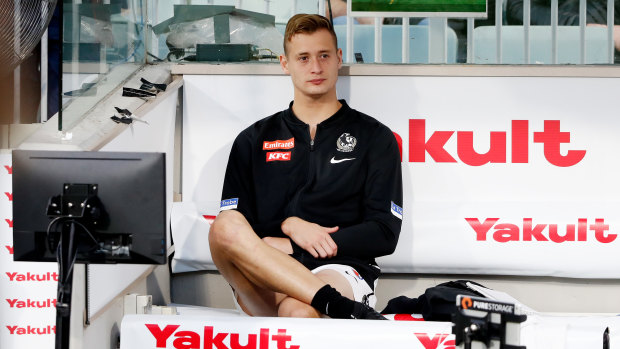 Nathan Kreuger will miss the start of the 2023 season with a shoulder issue.Credit:AFL Photos

He joined the Magpies from the Cattery at the end of the 2021 season but succumbed to a shoulder injury on Anzac Day in round 6 last year.

Fin Macrae will start running again in the coming weeks after suffering a stress issue in his back late last year, while Darcy Moore has already started running after a bone infection hampered his start to pre-season.

“It is unfortunate for Nathan Kreuger to have sustained an injury to his right shoulder after experiencing a setback with his left shoulder last year,” said Collingwood’s GM of football Graham Wright.

“Nathan underwent surgery last week and, at this stage, the aim is for him to be available within the first six rounds of the upcoming season.

“Fin Macrae has been working through a stress-related back issue and the plan is for him to be back running within the next couple of weeks. 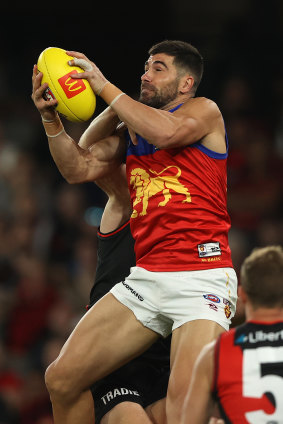 “Darcy Moore is tracking well after suffering a bone infection and we are pleased to see him back running and re-integrated into the football program. Due to the nature of Darcy’s setback, we will continue to monitor his progress closely and will provide further updates in due course.”

Meanwhile, Brisbane defender Marcus Adams is set to miss the 2023 season with a serious concussion that prompted the Lions to move him to their inactive list and thrown his AFL future into question.

Adams last played in the round 21 defeat of Carlton when subbed off with a rib injury. In the days that followed, the 29-year-old began to experience concussion symptoms that have lingered in the five months since.

The concussion is the latest in a series of injury setbacks that have cruelled the late-blooming defender’s career.

Adams was restricted to only 27 games across three seasons with the Western Bulldogs, and then missed all but one game of the 2020 season with a foot injury.

“Unfortunately, Marcus is dealing with a serious injury that will unlikely see him play in 2023,” said Lions general manager of football Danny Daly.

“While he is making some progress in his recovery from concussion, he continues to experience symptoms and his health and wellbeing remains the top priority.

“The club is fully supportive of Marcus and his recovery, and he will remain involved with our footy program.”

The Lions were at their best with Adams in the backline this season, losing two of the four games he didn’t play.

But the injury has thrown Adams’ future into doubt. His contract expires at the end of 2023 and if he misses the entire season, he will go more than 18 months without a game and turn 30 in that time.

Jack Payne replaced Adams in the backline in the weeks immediately after his injury but the Lions will bolster their stocks with an extra player from the pre-season supplemental selection period as well.

The Lions’ season begins against Port Adelaide on March 18.