Geelong champion Joel Selwood has agreed to take up a leadership role with the Melbourne Storm, starting his post-career journey in the same position as former Collingwood premiership skipper Nick Maxwell.

The NRL powerhouse beat a number of suitors for Selwood, 34, who retired at the end of the season after a brilliant career with the Cats that was capped off when he led the club to the premiership in 2022.

Selwood had already decided to retire before the match, but made the announcement in the days after the win, his fourth premiership as a player. 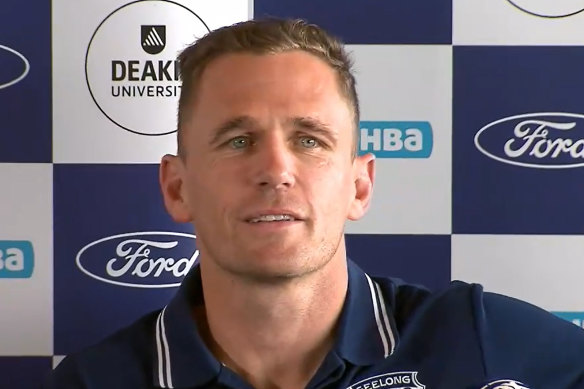 Melbourne Storm are renowned, like Geelong, for their consistent performance and outstanding culture while Selwood is regarded as the main driver of the Cats’ culture, having been captain of the club since 2012.

He left the game regarded as one of the game’s best leaders and his performance on grand final day on and off the field won him many admirers. 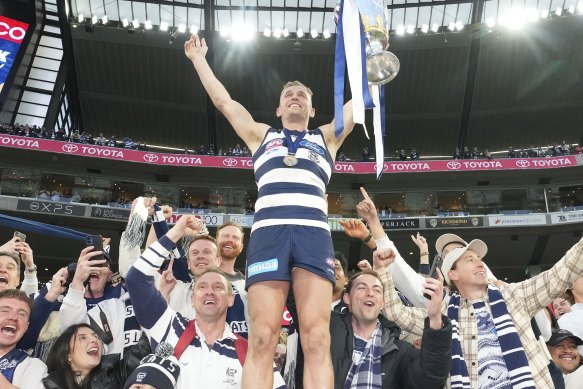 The role with will be for one day a week. Selwood will work with Storm stars such as Christian Welch, Cameron Munster and Ryan Papenhuyzen as they look to add to their four NRL premierships in 1999, 2012, 2017 and 2020.

Selwood has been in demand from many AFL clubs and Cricket Australia had also discussed a potential opportunity, but he is yet to determine where else he will put his time in the next phase of his career.

However, he was impressed with the pitch from the Storm, who are led by one of Australia’s best coaches, Craig Bellamy.

“I’m really excited to be joining Storm. I’ve been watching them and been in envy of what the club has been able to achieve for a long time,” Selwood said.

“When the opportunity come up, I saw it as a great chance to get involved in something a bit different in an environment that is so well run.”

Storm’s long-serving football manager Frank Ponissi said Selwood matched the impression they had of him when they approached him to become involved.

“We were particularly impressed with his humility and eagerness to learn, which was no surprise given what we knew about him and from the feedback we got from those we spoke to through the process, including Simon Lloyd at the Cats,” Ponissi said.

“We knew our two clubs had a lot of similarities, not just in sustained success but the values we each hold, and Joel has been a constant driver of those values for a long time.”