The Exeter director of rugby has had a season to forget and he rightly admitted his team’s play-off hopes are now dead and buried after this 40-point defeat.

Baxter’s Chiefs can still mathematically make the top four after taking two losing bonus points home from Ashton Gate, but in reality such hopes are forlorn. Baxter acknowledged as much. 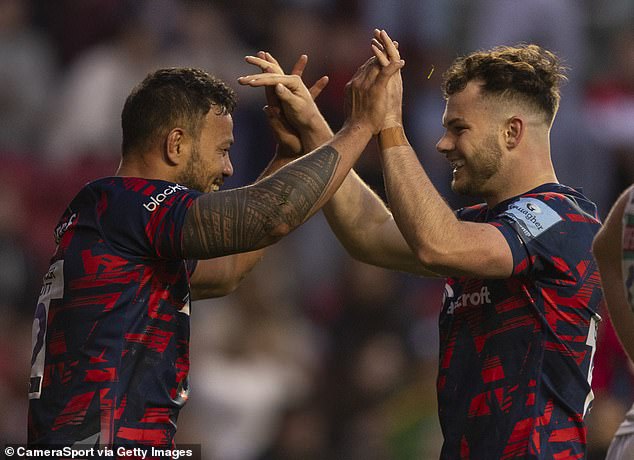 His team shipped six tries here and it will now be between Gloucester and Northampton for fourth place with Saints favourites. Exeter have been Gallagher Premiership finalists for each of the last six seasons. It has been some record, but all good things come to an end. They will be back.

‘I think we are done,’ Baxter said. ‘It is disappointing. I think today has highlighted we have got to move on. We have become a little bit stubborn as a group of players and they need to stop and open their eyes.

‘We can’t just stand here and say “We can just be the same people and next season we will just win” because it won’t work like that. We have got to improve as individuals and as a team.

‘There is a lot of work to be done and it starts now.’

Exeter have struggled with injuries to key players this season, but their loss to a Bristol side who looked back to somewhere near their best showed why they are not top four material.

Not this season at least.

Exeter made basic errors and Scotland captain Stuart Hogg had another poor game. Hogg dropped a sitter at the start of the night, costing his team what would have been a certain try. 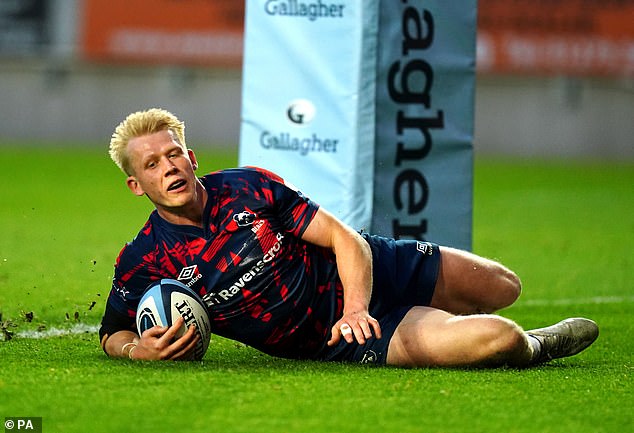 ‘It’s been a tough season for all kinds of reasons, but I don’t want to keep making excuses,’ Baxter added. ‘When you concede 40 points you’re not going to win many games of Premiership rugby.’

Exeter were level at 14-14 at the break as Santiago Grondona and Josh Hodge responded to Bristol tries from Callum Sheedy and the outstanding Charles Piutau.

Two early second-half tries put Bristol on the path to success as they played the sort of effervescent rugby which has been absent for too long this term.

First, Randall sent Piutau over for his second and then Sheedy’s majestic break and offload gave Alapati Leiua a simple finish. 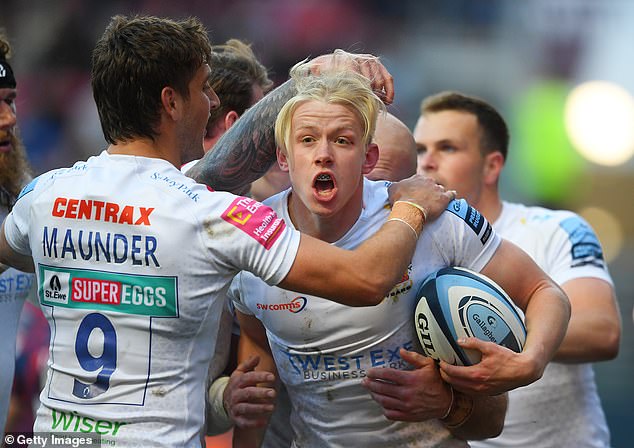 When Bristol replacement Jack Bates was yellow carded, Exeter did respond through James Kenny and Olly Woodburn to again tie the game at 28-28.

But Toby Fricker and Luke Morahan sealed it for Bristol to make Dave Ewers’ closing act a mere consolation.

Leiua, John Afoa and Dave Attwood are among the Bristol players moving on this summer. They were given a fond farewell at the final whistle.

‘We talked about enjoying this game, working hard, and playing with no fear,’ said Bristol director of rugby Pat Lam after his team’s last home tie of the season.

‘There have been glimpses of that sort of game this season, but it has been in and out. We have got to get better and get our fundamentals right.’