Latrell Mitchell and Cody Walker are great mates and practically inseparable but have never played finals football together.

“I’ve been very vocal in how much I love playing alongside him,” Walker said of his South Sydney teammate. “The relationship we have off the field is quite unique and pretty special, to be honest.

“To have him out there for the first time in a finals series, I’m looking forward to it.”

The Rabbitohs have come agonisingly close to premiership glory during the past two years despite the absence of Mitchell during the play-offs. Last year they made it all the way to the grand final, and the preceding season to the penultimate match.

The superstar fullback was missing on both occasions due to injury and suspension but is on deck for the elimination clash against the Roosters at Allianz Stadium on Sunday.

Whether the Rabbitohs could have taken out the title in the past two years if Mitchell had been available is one of those hypotheticals that makes for great pub debate. What’s certain is the “Pride of the League” are an infinitely better team when their fullback is present, not only due to his contribution but what he brings out in Walker.

“We spend a fair bit of time together away from the game, and it certainly helps our connection and combination off the field,” Walker said. “I don’t know what it is, we’ve just got an ability to read each other’s game and pop up where we need to. 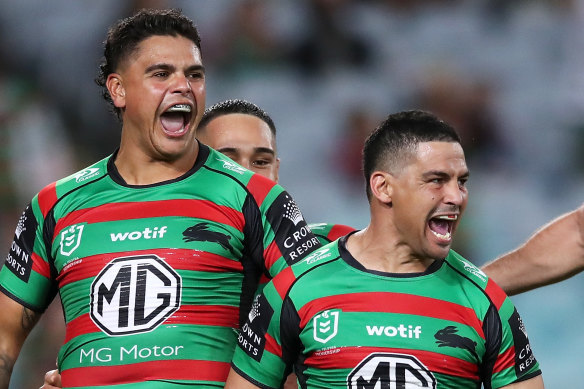 “I don’t know how to explain it, it just happens.”

It’s rare to see Mitchell without Walker. They share the same management firm, which also promotes Australian fighters, and the former NSW teammates are frequently spotted on the boxing scene. They will be in a different type of fight against the Roosters, who did a relatively good job of containing Mitchell in last week’s encounter.

While Mitchell has been in sublime form since returning from a hamstring injury – he spent time with reconditioning expert Bill Knowles in the US to master the issue – Walker believes the best is yet to come. 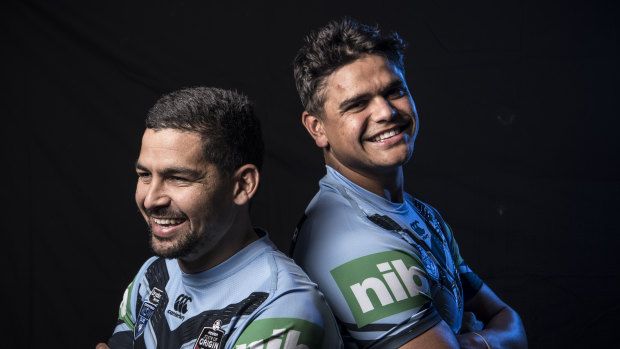 “That’s the scary thing about him,” Walker said. “He’s obviously gone away and done things to get himself ready for this part of the season.

“He sacrificed so much to take himself over to the USA, to go away from his family. To do that for the team is pretty impressive for a guy who hasn’t really been out of Australia – he’s only gone to New Zealand to play footy and tour England for an Aussie Schoolboys tour and World Club Challenge.

“To take himself over to the USA with the coaching staff and videographer, that’s what people are seeing with his form.

“The scary thing is I think there’s more in him. It’s just about us making sure we put him into positions on the footy field to showcase what he’s about. That’s my job in a nutshell; to get him some room and get him the ball. Let him do the rest.”

The Roosters posted a dominant 26-16 victory over Souths last weekend, but the Rabbitohs are adamant they can significantly improve on that performance. Souths halfback Lachlan Ilias hinted his team had something in reserve and may not have shown all their cards ahead of the rematch.

“We just used it as a training run, as preparation. We’re ready for this week.”