Andy Farrell ‘bursting with pride’ with son Owen set to win his 100th England cap against New Zealand, but Ireland head coach must miss landmark appearance because of Australia clash

Andy Farrell spoke of how his family is ‘bursting with pride’ ahead of son Owen’s 100th appearance for England against New Zealand.

The former cross-code international can’t be in attendance at Twickenham because he is otherwise engaged, as head coach of Ireland, who take on Australia in Dublin earlier in the afternoon.

But Farrell snr readily acclaimed the landmark for Farrell jnr, saying: ‘We are, as parents and as a family, bursting with pride about what he has achieved. I’m sure he’ll think long and hard about what he’s achieved on Sunday.’ 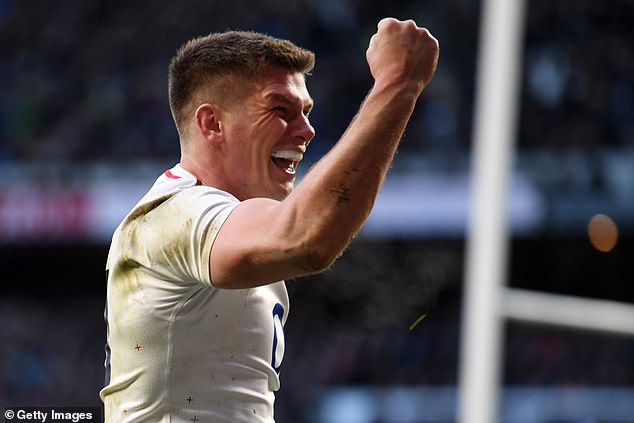 The Farrells are often reluctant to speak openly about each other’s careers, but Andy added: ‘You know the sacrifice that’s gone in and anyone who gets up to 100 caps has shown mental strength, physical strength and resilience. Then you add him being my son and it’s pretty special for parents.

‘When I’m coaching against Owen or working with him, it’s just work. But when you’re watching your son play his 100th game or his first game, as a parent, that’s even more daunting and even more proud and even more nervous.

‘His strength is like every person who gets to these types of milestones – he never thinks he’s that type of player that you’re talking about. You speak to Johnny (Sexton) and Conor (Murray) and they would tell you exactly the same. They want to prove their self-worth as a team-mate and as a player every single week and that’s why they stay right at the top through all the ups and downs.’

Asked if he would be in contact with his son, Andy said: ‘I’m busy on Saturday so I can’t go to the game! Hopefully, I will be able to get to the South Africa game (at Twickenham on November 26). I’ve got to go on a recce to France regarding the World Cup, so I’ll see him after the South Africa game hopefully.’ 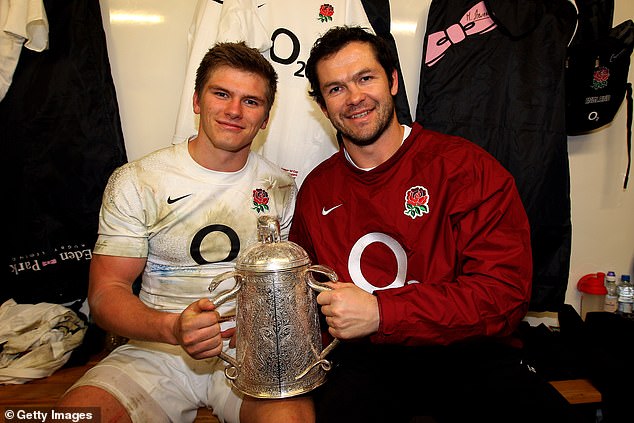