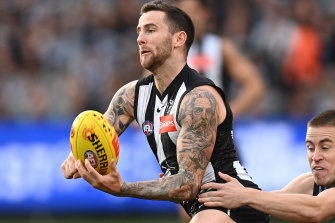 The medical substitutes at the MCG are Tyler Brown (Collingwood) and Jack Mahony (North Melbourne). 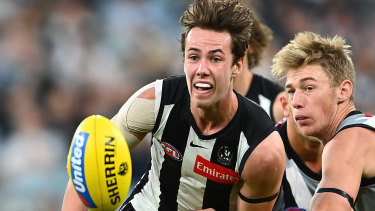 Why the Suns backed Dew over Clarkson

On the face of it, Gold Coast’s decision to back Stuart Dew after just seven wins in 16 games this season looks risky when the alternative was to have wooed four-time premiership coach Alastair Clarkson to the club on a long-term, AFL-backed deal.

At the end of last season the football gods seemed aligned to deliver Clarkson to the Suns from 2023 after another bottom-four finish for Dew, when the super coach chose not to pursue the Carlton coaching job and instead set about a year of self-improvement, kicking back and new business opportunities.

It seems implausible now when you look at North Melbourne’s predicament, but it was Gold Coast at the end of 2021 that was truly testing the patience of its fretting father Gillon McLachlan at head office. Click here to read more. 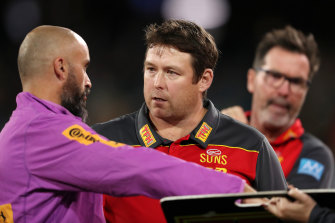 Paul Dear has passed away

Some very sad news to start the day.

Hawthorn are mourning the death of 1991 Norm Smith Medal winner Paul Dear at the age of 55.

Dear had battled pancreatic cancer since being diagnosed in September 2020 and died overnight. RIP. 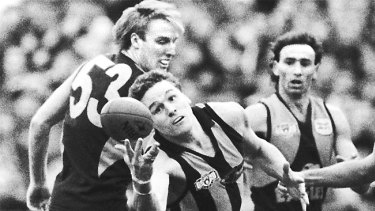 Hawthorn’s Paul Dear balances the ball on his fingertips in the 1991 grand final.Credit:Wayne Ludbey

What a Cinderella story the Magpies are becoming this season.

Nobody tipped them to make the finals in 2022, yet here they are, sitting in sixth spot on the ladder riding a six-game winning streak under first-year coach Craig McRae.

They probably only need two more wins to finish in the top eight, and they will certainly get one of those today.

Let’s be honest, North Melbourne are an absolute rabble both on and off the field and are in the conversation as one of the worst teams in VFL/AFL history.

They’ve lost their last 13 games by an average of 63 points, and their record streak of losses by 47+ points remains active and has swelled to 11 games.

They are languishing in last spot with just one win and a percentage of 49.5, which is exactly how Fitzroy finished their final season in 1996.

It’s hard to see this game finishing any other way than a big Collingwood win. 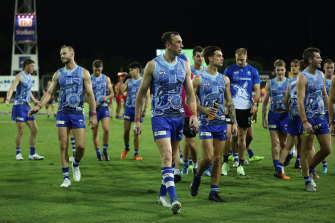 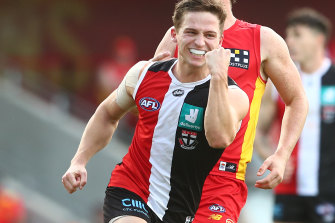 Hello everyone and welcome to another blockbuster Saturday full of AFL action.

Kicking things off is a contest between the high-flying Magpies and the woeful Kangaroos at the MCG.

The twilight match at Metricon Stadium promises to be a ripper as the Suns battle to keep their faint finals hopes alive against Richmond who, themselves, are trying to stay in the top eight.

Later tonight, we have another match that will have huge implications on the top eight as St Kilda take on Fremantle at Marvel Stadium.

The Saints are only percentage outside the top eight in ninth spot, while the Dockers will be looking to consolidate their place in the top four.

The other night game pits the Power against the Giants at Adelaide Oval. Like Gold Coast, Port Adelaide’s finals hopes are hanging by a thread, if they’re not already extinguished. 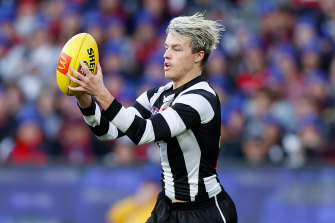