Yuki Tsunoda has slammed some F1 conspiracy theorists who claimed the Japanese star had retired on purpose to help Red Bull win the Dutch Grand Prix. Tsunoda stopped on the side of the track, complaining his tyres were not properly fitted.

He returned to the pits a lap later with mechanics strangely looking at his seatbelts. The Alpha Tauri star returned to the track before stopping three corners later, bringing out a Virtual Safety Car.

This allowed Verstappen to pit for new tyres without losing track position. Fans were quick to turn on Alpha Tauri with some suggesting Red Bull had asked its sister team to purposely stop to aid Verstappen.

However, Tsunoda hit back at the doubters, suggesting those who backed the theories needed brain scans. He said: “First I don’t want to know. I don’t care. 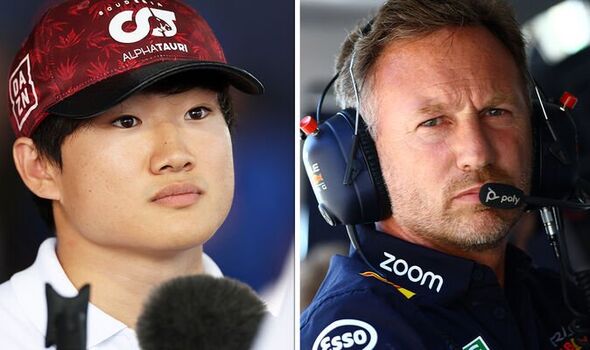 “I want to ask how your brain is created, what [your] brain looks like, scan the MRI and see what’s wrong. It’s funny how they create a story. Red Bull Racing and AlphaTauri are completely different teams. We are in Italy, they are in the UK. We compete in [a] completely different field.

“It’s funny that fans are really excited to always create a story. It’s just a super simple fact that there was an issue in the car and we’ve confirmed it was a differential issue. To be honest, a crazy, crazy story. I was also running in a good opportunity to score points so there’s not any reason to help Max, you know?

“I don’t know Max was driving in P1 or P2. I don’t care about Red Bull Racing because I’m just focusing on my job.” 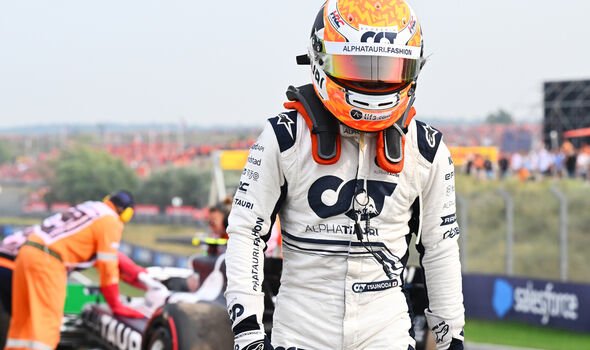 The FIA conducted a full investigation into Tsunoda’s stoppage and determined there was no foul play involved. They confirmed the Alpha Tauri was suffering a differential issue with Tsunoda found guilty of a non-driving offence.

The FIA statement read: “While after a pit stop of car 22 the driver stopped the car due to the fact that he felt a wheel being not properly fitted, the investigation by the Stewards led to the conclusion, that in fact there was a problem with the differential. Therefore the car was not in an unsafe condition when released from its pit stop position.

“However, during the hearing the driver admitted, that after stopping on track he was ready to abandon the car and started to loosen the safety belt, without unlocking it.”