Lewis Hamilton produced a stunning comeback from 10th on the grid to win the Sao Paulo Grand Prix and blow the title race wide open… but where does it rank in his five best drives?

Lewis Hamilton produced one of the greatest performances of his illustrious career to win in Brazil on Sunday — but where does it rank among the seven-times world champion’s best drives? 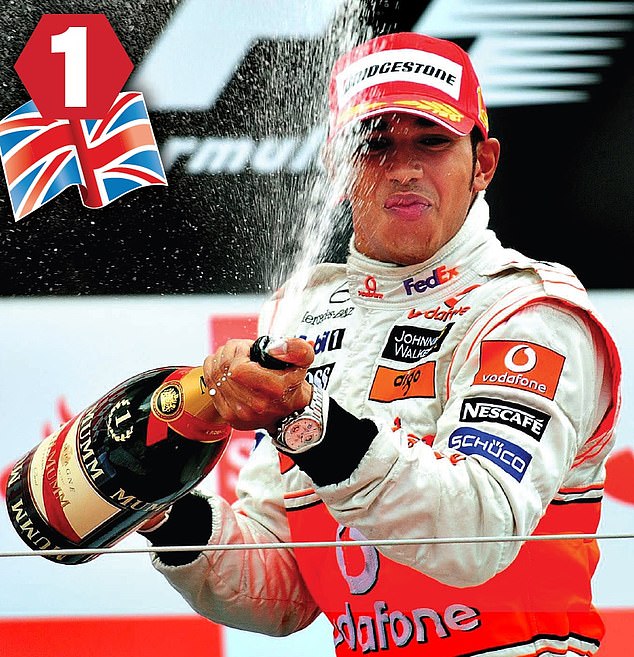 One of the two greatest wet drives in Formula One history. Memories turned back to the fabulous performance of Hamilton’s hero Ayrton Senna at Donington 15 years before. This was just as fine a showcase of virtuosity on a soaking track and with intermittent rain falling.

Hamilton, who went on to claim his first title, did not spin once across 60 perilous laps while his championship rival Felipe Massa slithered off five times.

At moments, Hamilton in a McLaren that was perhaps not quite the equal of the Ferraris was 10 seconds a lap faster than the next quickest man and he won by a dizzying 67 seconds.

‘I’m not even pushing,’ he said at one point. ‘I am driving at a comfortable pace.’ Try explaining that to the rest. Aged 23, he proved his genius for all time in front of a beguiled world. 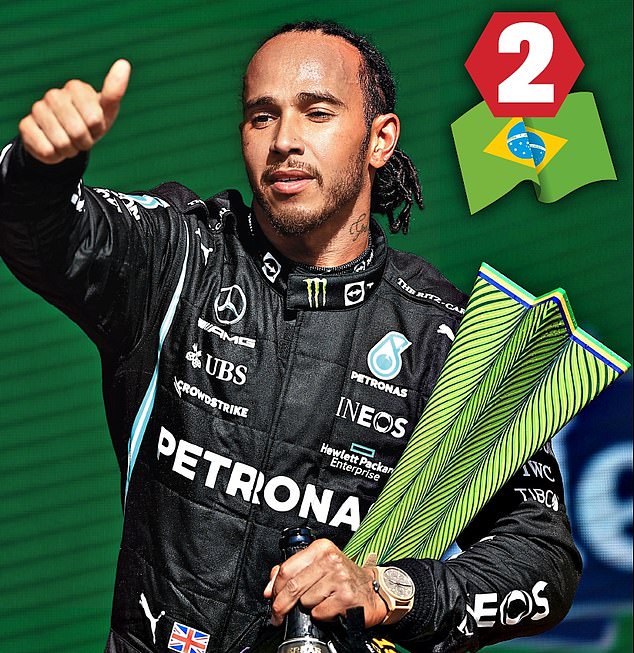 Last weekend’s drive was a distillation of the Hamilton magic. He is a fighter. And with a total of 25 grid penalties – for an engine change and a dodgy rear wing in qualifying – he not only beat the field but the sport’s handicapping system.

He charged from the back to fifth in the sprint race and then from 10th to victory in the grand prix. One item that made it so special was the long time he spent in an epic duel with the putatively great Max Verstappen, his only rival for the crown. They slugged it out, sleeves rolled up, neither giving an inch.

After making up seven places in five laps and subsequently picking his way into second place, Hamilton made the decisive pass on lap 58. His Mercedes was mighty fast but the manner of his unlikely victory by 10 seconds was a statement of character as well as talent.

And it came when his title hopes were fading and near to the end of a long, well-travelled season made more brutally hard by Covid restrictions. 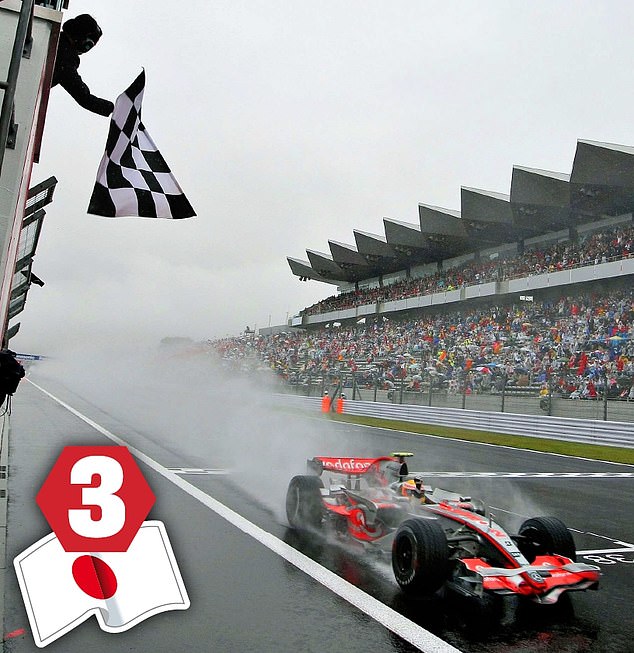 The first of his supreme wet race triumphs. The rain in the foothills of Mount Fuji was of biblical proportions, an echo of James Hunt versus Niki Lauda on the same holy shrine in 1976.

On that occasion Lauda climbed out of his car claiming that to drive on would be insanity. Hamilton, in his rookie year, arrived in Japan with the championship battle delicately poised. He led his McLaren team-mate Fernando Alonso by two points. He took pole in the damp and the race started behind the safety car for 19 sodden laps.

When the action started in earnest, he collided with BMW’s Robert Kubica but did not lose position. He soon found his stride.

Alonso, meanwhile, aquaplaned off after previously damaging the floor of his car in contact with Toro Rosso’s Sebastian Vettel. Just 15 races into his Formula One career, Hamilton was showing a preternatural serenity and amphibious quality that has never left him. 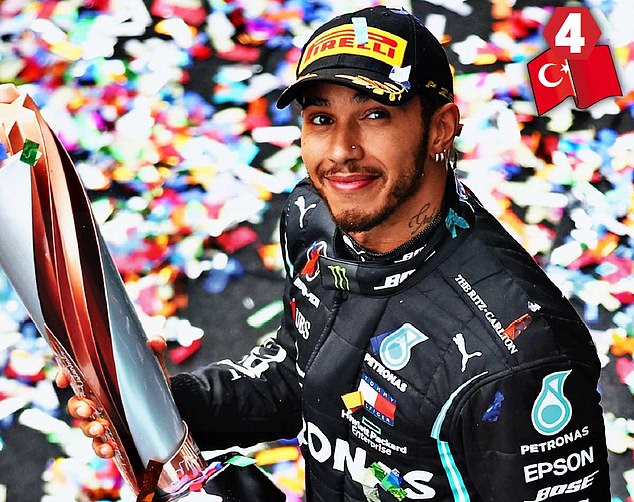 An extraordinary drive to his seventh world title. Hamilton just about kept his emotions in check on this special day to deliver a stunning drive in the wet at Istanbul Park.

Starting sixth, he won by 31 seconds on a tricky relaid track. He did so by combining daring with patience. Hamilton had struggled slightly early on and lost a place as he ran wide at Turn 9 but he took the lead through patience, sure-footedness and style on lap 37, planting his black-liveried Mercedes on the rear of Sergio Perez’s Racing Point. The champion steered right and, withstanding the rivulet he then occupied, zipped past the pink machine between Turns 11 and 12. A moment to treasure.

‘I was telling myself to keep it together,’ he admitted. ‘I could feel it getting closer knowing that if I finished where I was then I would win this championship.’ He did so, of course, with three races remaining. 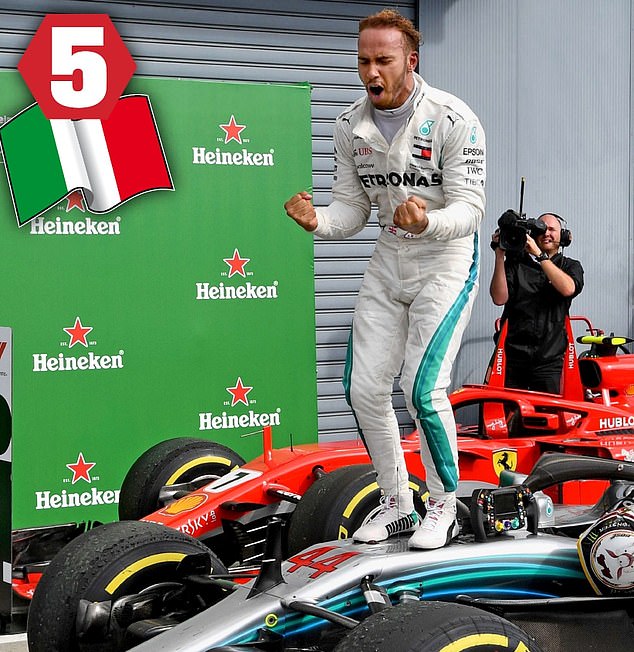 Hamilton stood supreme, booed and hissed by the Tifosi, after claiming a win that still haunts Monza. He was driving an inferior car that day but was helped by Ferrari mistakes.

In the end Hamilton chased down the red car of Kimi Raikkonen and with eight laps remaining conjured the superior exit out of Parabolica and used DRS to nip in front.

He had combined patience and dash and, by rendering the partisan stands briefly silent in disbelief, again showed how he to prevail when the tables were turned against him. He stood on the podium in a fog of red flares, well on his way to the fifth of his world titles.