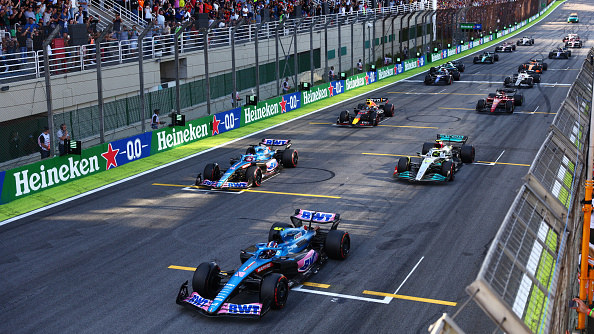 There could be not one but two new teams on the Formula One grid in the near-future following announcements from Andretti Global and Panthera earlier this week.

With the sport’s global popularity continuing to grow to unprecedented levels, there has been great interest from a number of parties who want a slice of the action.

Last year, it was confirmed that Audi would be joining forces with Sauber, currently known as Alfa Romeo, in 2026, while Porsche looked to be teaming up with Red Bull only for that deal to collapse.

Despite this, there has been a reluctance to expand the number of teams on the grid beyond 10, but at the turn of the year that all seemed to change.

The FIA announced they would be launching an ‘Expressions of Interest’ process to better allow prospective new teams to pitch for the opportunity to join F1.

This would have come as great news for former McLaren driver Michael Andretti who has spent the last few years attempting to start up a new US-based F1 team, and his dream is now edging closer to reality.

Last Thursday, it was announced that Andretti Global had teamed up with US car giant General Motors and would run as ‘Andretti Cadillac’ should they make it onto the grid.

‘I’d like to thank the FIA and President Mohammed [Ben Sulayem] for their recent interest in exploring an Expression of Interest process. I appreciate his transparency and willingness to be open to this process.’

But Andretti is not the only prospective new team, as it was revealed on Saturday that Panthera will attempt to enter F1 again – just a few years after their first venture failed.

Panthera was set up with the goal of becoming the team of Asia and had aimed to enter F1 in 2021 when the new rules and regulations were due to come into play, only for the COVID-19 pandemic to scupper those plans.

But the FIA’s recent announcement has given them fresh hope of making it to F1 after all, with team principal and co-founder Benjamin Durand telling PlanetF1: ‘We could have given up a long time ago on this project, but we believe in it.

‘We still think that the Asian market and Chinese market are the next markets to be developed.

‘Now F1 is focusing a lot on the US which is normal because it’s growing but once that market is there, Asia and Africa are the next big market for F1, especially now that Zhou [Guanyu] is in the Championship.’

Neither Andretti nor Panthera are likely to enter F1 until 2026, when new engine regulations are brought in, and there are still significant hurdles for both teams to deal with.

Not least, that F1’s rules dictate that any new entrant has to pay a $200million fee to be split between the existing teams to off-set any prize money loss for the current competitors.