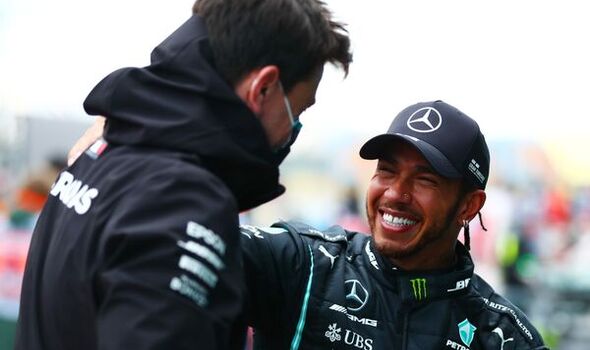 Mercedes team principal Toto Wolff has confirmed talks with Lewis Hamilton over a new contract won’t happen until the end of the current season where an “ambassador” role will be discussed and he’s anticipating a long negotiation saga. Hamilton has one year left on his current deal with Mercedes and has made it clear that he wants to extend his stay with the Silver Arrows.

Hamilton had stated earlier in his career that he hadn’t planned on driving in F1 into his 40’s, but appears to have gone back on his word. There are seemingly no fears of Hamilton switching Mercedes for a rival team heading into the 2024 season.

And Wolff is confident a deal will eventually be reached with Hamilton, even if it takes several months like the last contract talks. The Mercedes team principal also indicated that a future ambassador role for Hamilton with the F1 team would be up for discussion.

“We haven’t started having talks,” Wolff said. “We want to definitely finish the season and then find some quiet time over the winter like we have done last time around.

“That [the last contract talks] literally started in the winter holidays and lasted over two months. We haven’t done that. But he’s much more than a driver to us now.

“Although we’re not talking about a career end, it’s also important to speak about his role as an ambassador for Mercedes and the many sponsors that we have, and the implication he can have in our wider audience.” Hamilton has also hinted that he’d be up for taking a role upstairs with Mercedes after his racing days are behind him.

“And I want to be the best teammate I can be to them, because I think we can make the brand even better, more accessible, even stronger than it is. And I think I can be an integral part of that.”