Sergio Perez has been criticised by Martin Brundle for his recent Red Bull performances after slipping further and further behind teammate and championship leader Max Verstappen. The Dutchman took the plaudits at his home event, the Dutch Grand Prix, last weekend while Perez finished fifth.

Early in the season, it appeared as though the Mexican could genuinely contend for the world championship. His case picked up steam after the Monaco Grand Prix, where Perez secured the win at the iconic circuit and moved to just 15 points off Verstappen.

However, things have changed since then. Verstappen has dominated the 2022 season with 10 wins so far, while Perez has struggled for consistency to fall 109 points behind his fellow Red Bull driver.

His issues and poor form recently was on display during the first practice session at this weekend’s Italian Grand Prix. Practice is less important than performing in qualifying or the race, but Perez found himself a full second off the pace of Ferrari’s Charles Leclerc as well as eight-tenths off Verstappen. 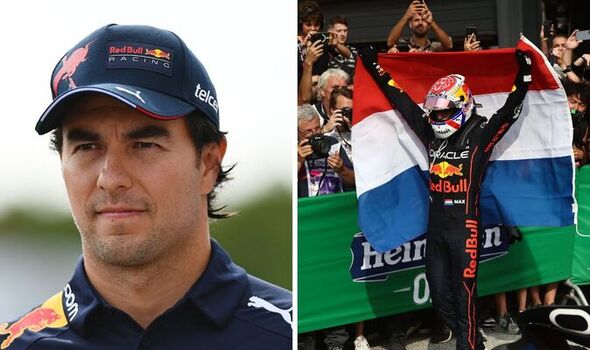 And former racer Brundle believes the Mexican has lost his mojo somewhat. Speaking live on Sky Sports F1 after practice in Italy, Brundle said: “You could see [the DRS] oscillating on a Red Bull.

“It can’t be helped with the downforce but you don’t need a whole lot of downforce there. What you don’t need either is a whole load of drag, so if it’s creating drag then it’s slowing it down. Sergio has definitely lost his way a little bit with the Red Bull car at the moment.”

Brundle believes Red Bull are as perplexed by Perez’s issues as the driver himself. Asked about what the problem is, he added: “I’m sure if he knew, they’d sort it out very quickly. 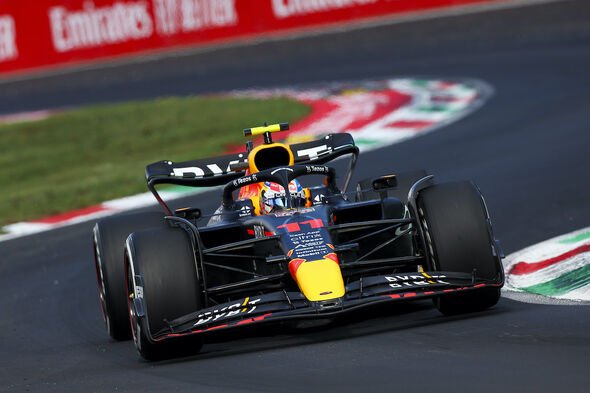 “But it just doesn’t seem to play to his strengths behind the wheel and then you lose a bit of confidence and trust on the braking point. And with these latest Formula 1 cars and the speed you take through these corners, if it starts sliding around too much, particularly at the rear end, and you don’t hustle it then you lose a bit of tyre temperature and a bit of brake temperature.

“Then you get to a point where the car slides and you tighten up because, ‘oh no, the car is sliding’ rather than being just ‘whatever, I can handle whatever you throw at me’. It’s a snowball effect of tiny little things and that’s why it’s hard to identify what has gone wrong and how to put it right.”