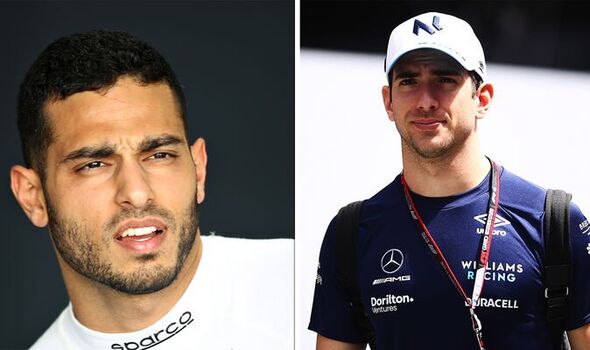 Roy Nissany has claimed he is unlikely to secure a drive at Williams in 2023 based on his performances in F1’s junior-tier, Formula 2. However, the French-Israeli has warned he is open to switching teams if an opportunity arises in F1 and both Alex Albon and Nicholas Latifi stay with Williams.

Latifi has had a troubled start to the new season with accidents in Saudi Arabia and Australia. Meanwhile, a points finish for Albon in only his third race with the British squad is sure to put pressure on the Canadian.

Should Latifi lose his seat, Williams would likely look at their test drivers as an option with Jack Aitken and Nissany in line. Aitken raced for the team in the 2020 Sakhir Grand Prix but Nissany also has extensive single-seater experience.

He took part in three practice sessions last season and has played a crucial role in pre-season testing. He is also embarking on his fourth season of Formula Two with the ambitious DAMS team.

Speaking to Express Sport, he claimed Williams is his preferred option for an F1 drive but would be open to other teams if an opportunity developed. Asked whether an F1 seat for next season was a possibility, he said: “We can look at the facts.

“The fact is at the moment, according to F2 results, the answer is no. But, I’m so certain how much potential I still have in me that I have to express in F2 and show I’m worthy of that seat.

“When I’m worthy of an F1 seat, Williams is in the last three years, my family. Everything I’m thinking in terms of an F1 seat at the moment is Williams.

“My management’s job, in case a seat in Williams is not available and another seat is available and I’m worthy of that seat… you know the answer. I am again focussed on deserving any seat and focussing on the F2 campaign which is dictating the rest.”

Nissany has failed to score a victory in F2 but has had a difficult start to his career.

He made his F2 debut in 2018 but suffered a training injury prior to 2019 which forced him out for the season. Nissany made a comeback in 2020 with a series of points finishes and claimed a first podium a year later in 2021.

However, he vows his time in F1’’s junior league will provide a great platform if he manages to secure a drive in the top-tier for next season.

He told Express Sport: “The multitasking required in F1 is incredibly high but eventually F2 is a preparation for this. Mostly a good F2 driver can adapt himself within a pre-season event of testing or one or two races I assume to be able to adapt to those things.

“For me having this experience already it’s great, because in case I jump into an F1 car I will be fully ready. I know what to do. I can expect different situations I experienced in the FP1 and tests I have done so far. It is vital what I did so far with Williams and not just in the car but also in the simulator and being part of the development so far.”