Red Bull boss Christian Horner revealed the team made a last-second change which proved key to Max Verstappen winning the Hungarian Grand Prix. He confirmed the team were moments away from making Ferrari’s mistake by putting on the hard compound tyre.

However, both drivers’ comments on the out-lap to the grid made the team change tactics and start the race on the softs. This allowed Verstappen to carve his way through the pack early on before switching to the mediums as Leclerc struggled on the hards.

As the Monegasque battled to warm up his tyres, Verstappen closed the gap and swept past within a handful of laps to take the lead. Horner told Sky Sports F1: “I can only focus on our performance and we did a great job today.

“We switched our strategy on the grid. Going to the grid, both drivers felt they were struggling to generate temperature in the soft tyre, which was the tyre to get to the grid. We were due to start the race on the hard tyre.

“So we switched it on the grid to deal with the ambient conditions and a bit of rain and so on. 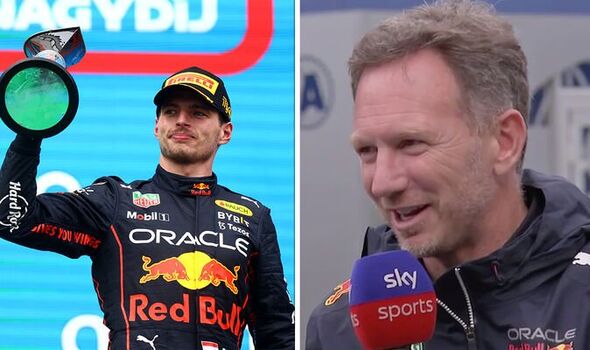 “And the soft tyre went much further than we thought, so at that point, we committed to a two-stop and went onto soft, medium, medium.” Horner admitted the team got carried away when they saw Ferrari bring out the hard tyres for Leclerc ahead of his second stop.

The team’s experience on the first lap meant they knew how difficult it could be for Leclerc to warm up the rubber which presented an opportunity. He added: “The key moment for the race for us was as soon as we saw Charles go onto the hard tyre.

“When the white-walled tyres came out we thought, right we have a chance now.” 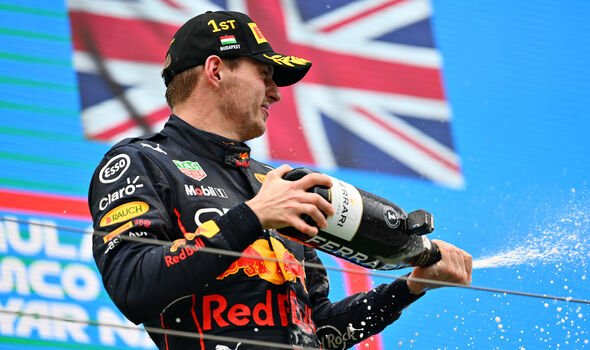 Leclerc was left baffled by the decision which cost him a chance of closing in the championship battle. He had passed George Russell early on and looked comfortable in the lead before the rogue decision.

Ferrari eventually pulled Leclerc back into the pits to switch to softs later on but the damage was already done as he dropped to sixth. The result allowed Verstappen to extend his championship advantage over Leclerc by another 17 points with just nine races remaining after the summer break.